Samsung Galaxy A80 comes with 6.7-inch FHD+ Super AMOLED display with Octa-Core processor with up to 8GB RAM and 128GB internal storage 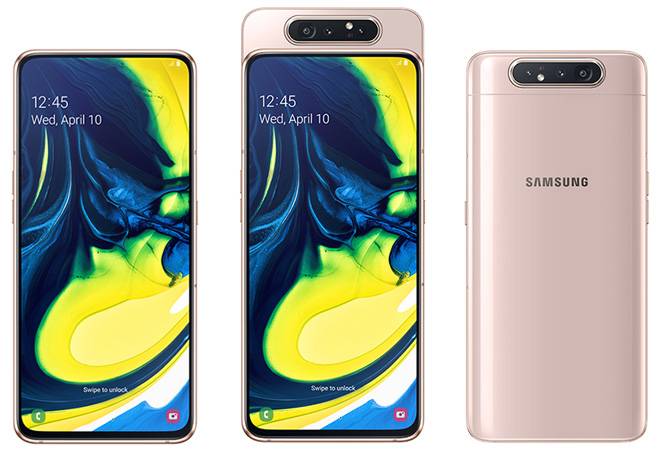 Samsung Galaxy A80 goes on sale

Samsung Galaxy A80 will now be available for purchase in the select markets globally. The latest Galaxy A series of smartphone offers rotating triple camera and an immersive New Infinity Display. It is powered by the new Snapdragon 730G SoC. The Galaxy A80 was supposed to go on sale in markets such as Asia, Australia, China, Europe, Hong Kong, Middle East, New Zealand, and Russia in late May, but it got delayed and will now be available from July.

Announcing the official debut, Samsung said in the statement that the Galaxy A80 would be available for purchase through online and physical stores in select markets. Various online reports have claimed that the handset is currently on sale in various European countries, including Spain and Switzerland. However, the India launch of the Samsung Galaxy A80 is yet to take place.

Samsung Galaxy A80 comes with 6.7-inch FHD+ Super AMOLED display with Octa-Core processor with up to 8GB RAM and 128GB internal storage. Under the hood, the phone is powered by Snapdragon 730G SoC and has a 20:9 aspect ratio.

For optics, the Samsung Galaxy A80 has the rotating camera setup that includes three camera sensors. There's a 48-MP primary sensor, an 8-MP secondary sensor that has an ultra-wide-angle lens (123-degrees. There is also a 3D depth sensing camera as the third sensor. The rotating camera of the Samsung Galaxy A80 works with a dedicated selfie mode that enables the module to pop-up automatically and rotates to the front.