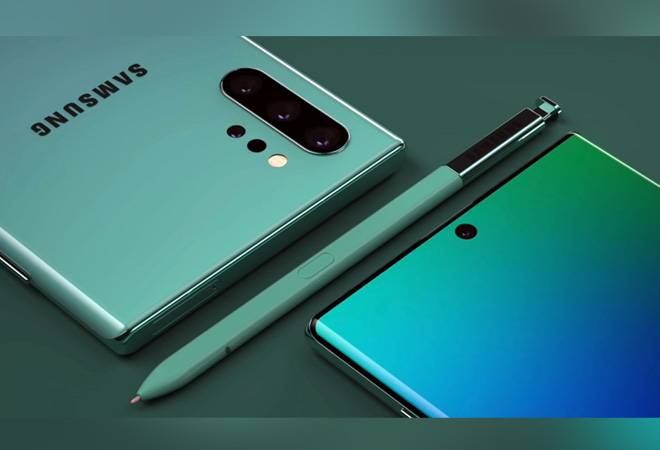 Samsung is reportedly planning to unleash its next generation Galaxy Note beast on August 7 in the Barclays Centre in the New York City borough of Brooklyn, USA. Samsung's new Galaxy Note 10 will follow the trend and come out with two variants this year - a regular Galaxy Note 10 and the Galaxy Note 10 Pro - both of which will reportedly be launched in 4G and 5G editions respectively. Leaks have already started pouring in suggesting that the new Galaxy Note 10 will have curved display with major curvature at the edges. There will also be an in-display finger print scanner near the bottom edge of the phone.

Samsung's Galaxy Note phablet line was first introduced in 2011 and has since accumulated enough fans for it to have a separate launch event every year. The first note had a screen size of just 5.3 inches and the last years Note 9 had a giant 6.4 inch display. The big deal this year will be the omission of headphone jack and Bixby button, and the introduction of 5G Galaxy Note.

For display, latest leaks are suggesting that the Galaxy Note 10 will be closer to eliminating both top and bottom bezels. The hole punch will also be moved to the centre as against the one we saw in the Galaxy S10 series smartphones.  The Pro variant of the Note 10 smartphone is expected to have a bigger display size of 6.75 inches and the regular variant is expected to have a comparatively smaller screen size at 6.3 inches. The Galaxy 10 Pro is also expected to come with a tall 19:9 aspect ratio and a resolution of 1440x3040 pixels.

The launch of Galaxy Note 10 comes at a time when the smartphone industry is witnessing a slowdown with no new path breaking features in the pipeline to keep the consumers coming back year after year. Samsung is also reeling under the failure of its $1980 foldable smartphone and received a lot of bad press after the screens of Galaxy Fold broke. Meanwhile, the ban on Huawei in the US has opened up a huge space for Samsung that it will be hoping to fill up with the upcoming Galaxy Note 10 smartphones.

Also Read: Asus to launch Asus 6Z in India at 12:30pm today: How to livestream, price in India, specs