Arvind Krishna, born in Andhra Pradesh, is going to be the CEO at IBM from April. He joins three other India-born CEOs who are currently heading Microsoft, Google and Adobe. 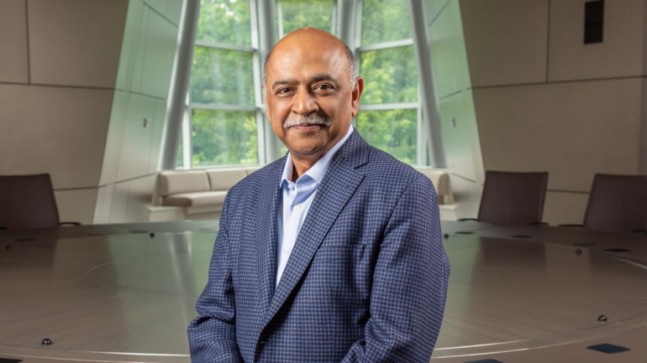 The reins of one of the world's biggest tech firms, IBM, will go to Arvind Krishna in April this year. Krishna, a company veteran who is known for spearheading IBM's big acquisition of Red Hat, will take over the office of the chief executive officer from April. His elevation to the top marks is yet another instance of an India-born IT leader heading a top company. Once he is the CEO, Krishna will join the list that includes Sundar Pichai, currently CEO of Google and Alphabet, Satya Nadella, who heads Microsoft, and Shantanu Narayen, who is CEO at Adobe.

Given this background, the four leaders have several similarities. And, curiously, one of them is that all four of them are from south India. So who is Arvind Krishna?

Born in Andhra Pradesh, Krishna joined IBM back in 1990. His position and power rose gradually and he became a key executive in the company when he struck a deal with Red Hat for $34 billion, which is IBM's biggest purchase so far. Krishna's portfolio at IBM worked in his favour as he was appointed to take up the CEO office on January 31. He looks after the company's projects and developments in the areas of core and emerging technologies, which include Artificial Intelligence, quantum computing, Blockchain, cloud computing, data solutions, and nanotechnology.

But he moved to the US, and years before he landed up at IBM, Krishna was a student in Conoor in Tamil Nadu. After his schooling, he moved to an IIT. Krishna graduated in Bachelors of Technology from one of the country's elite engineering colleges, the Indian Institute of Technology, Kanpur. Later, he went to Illinois in the USA to pursue a PhD in Electrical & Computer Engineering at the University of Illinois at Urbana-Champaign.

Much like Krishna, we have more notable personalities from South India that are now heading major companies in the world. Sundar Pichai, who recently became the CEO of Alphabet, adding to his CEO's position at Google, belongs to Tamil Nadu. His alma mater includes IIT Kharagpur, Stanford University, and The Wharton School.

Then there is Satya Nadella, the CEO at Microsoft. At Microsoft, Nadella succeeded Steve Ballmer in 2014. He was born in Hyderabad and did his Bachelors in Engineering at the Manipal Institute of Technology. Later, he moved outside the country to study at the University of Wisconsin-Milwaukee and the University of Chicago.

While Pichai and Nadella are often in news because of the popular brands they head, there is another South Indian who heads one of the biggest tech firms. Shantanu Narayen is the CEO of Adobe who took office in 2007. He was born in Hyderabad and then studied in a local school, before moving to the Osmania University for his engineering. From there, he moved to the US for higher education and studied at the University of California and the Bowling Green State University before joining Apple in his first job.