Fortnite, Knives Out, Black Survival: 8 PUBG alternatives every gamer must know about

While PUBG remains number 1 in popularity, there are several games that are worthy competitors to PUBG PUBG is on the central government's radar over alleged ownership of Alibaba-backed Tencent and national security concerns. Despite this, PUBG continues to remain one of the most popular gaming options. The game is not only engaging but also has superior quality graphics. While PUBG remains number 1 in popularity, there are several games that are worthy competitors to PUBG. If you are looking for an alternative, here are a few options: The Epic Games and People Can Fly-developed battle royale game is quite similar to PUBG due to its base structure. In this game, players jump off on a battlefield and a fight for survival ensues. The last man standing is the winner. The main difference between PUBG and Fortnite is that here, the players need to build their own cover to survive.

Developed by GameSpire, this battle royale game features pixel graphics and blocky characters who engage in a gun battle. This one features in-app purchases such as pixel block strike skins, arms, ammunition and much more. This one is similar to PUBG due to the fight for survival element. A total of 32 players partake in real-time battles, which are 3-5 minutes long. This online battle royale game also offers in-app purchases such as artillery and ammunition. The FuturePlay-developed game has latency issues and can feel more aggressive when compared to PUBG and Fortnite.

This free-to-play game is the closest you can get to PUBG Mobile. Due to its stark similarities with PUBG Mobile, the developers of this game got into a legal tug of war with the PUBG Corp over copyright.

In its latest version, maximum 300 players are allowed to compete in one chance on an 8x8 map. This game lets you team up with up to four other players. This game is considered better optimised for smartphones owing to its more readable display buttons. A childhood memory of many gamers, this game is now available on smartphones and is available on Google Play Store. Like PUBG, Fortnite and Battlelands Royale, this one, developed jointly by TiMi Studios and Tencent Games, also has players landing on an unknown battlefield and battling it out for survival. This game features multiplayer modes like Team Deathmatch, Frontline, Free for All, Search and Destroy, Demination, Handpoint and several others. 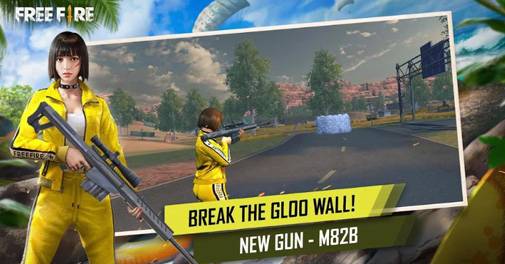 This battle-royale game features 10-minute long games where players have to fight against 49 players for survival on a remote island. Here, players can choose their start point and stay in the safe zone for as long as they can. Like Battlelands Royale, this one also offers in-app purchases such as maps, artillery, ammunition and much more. This 111dots Studio game has far superior graphics when compared to PUBG.

In this game, 10 players land on a deserted island and battle it out for survival. This survival game developed jointly by Archbears and Nimble Neuron features approximately 20-minute long survival battles. The island is divided into 22 areas like Hospital, Beach, Forest, and more. The players get to choose from over 35 characters and 7 types of weapons. This is a live-action game wherein 100 players land on a battlefield from choppers and fight it out as soon as they land on a remote island. This game, developed jointly by NetEase Inc, HongKong NetEase and Interactive Entertainment Limited can be played in 5-player groups and it can get really fast-paced. People also prefer this game because of its storage capacity of around 600 MG when most battle royale games take up to 1GB storage space.