That marks a significant improvement over 2017, when funding slowed down and just 1,000 new startups joined the ranks, a 29% decline year-on-year and the first dip in five years. 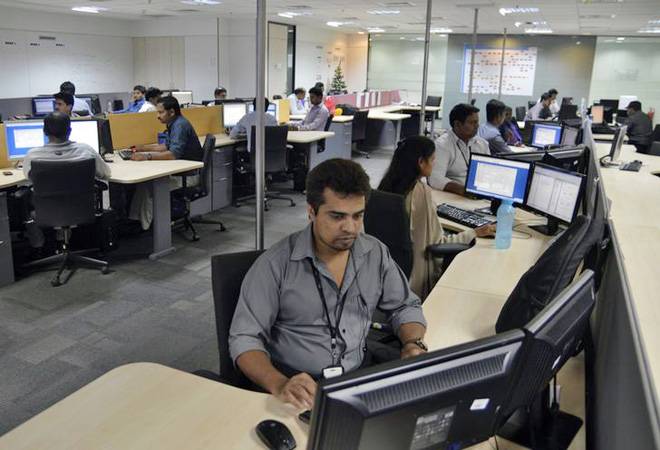 The Indian startup ecosystem is buzzing like never before. A total of 1,200 new tech startups were added in 2018 till September, including eight unicorns - the highest number in a calendar year in Indian startup history - NASSCOM announced yesterday at the 15th edition of Nasscom Product Conclave 2018 being held in Bengaluru.

That marks a significant improvement over 2017, when funding slowed down and just 1,000 new startups joined the ranks, a 29% decline year-on-year and the first dip in five years. "The investment in Indian start-ups increased 108% annually from $2-billion from January to September in 2017, to $4.2-billion during the same period in 2018," said NASSCOM president Debjani Ghosh.

The IT industry apex body also released its report on 'Indian Startup Ecosystem - Approaching Escape Velocity' as part of the two-day conclave. According to the report, there are now about 7,700 tech startups in the country, making it the third largest in the world, The Economic Times reported.

The pace of growth in the new additions doubled to 15% year-on-year in 2018, while the number of incubators and accelerators grew 11% year-on-year to over 200. Significantly, the number of women entrepreneurs stood at 14%, up from 10% and 11% in the previous two years.

There's plenty of good news in the job creation front, too. Startups in the country have been able to create an estimated 40,000 new jobs over the year, taking the total jobs in the start-up ecosystem to 1.6-1.7 lakh, the report assessed. Besides, another 4-5 lakh indirect jobs are estimated to have been created. "This is the right time for India to become a bigger startup hub in the world, as it is brimming with innovation and new ideas. We ask the government to open itself as the market and allow start-ups to sell their products to the government which can make a huge difference," Ghosh stressed.

However, while the number of startups rose, seed-stage (under $1 million) funding fell 21% in 2018, after a 53% drop in the previous year. Meanwhile, early-stage ($1-5 million) funding remained flat at 4%, accounting to $1 billion. But it's raining deals in the growth and expansion stages. According to the report, late-stage funding increased 259% year-on-year to $3 billion in 2018.

"We are seeing a continuous decline in seed-stage funding, which is a concern," said Ghosh, adding that alternatives for this stage needs to be thought up, where the government can play a role, as in China and Japan.

"The reality is that seed funding is still not picking up, and angel tax continues to remain one of the main reasons," Padmaja Ruparel, president at Indian Angel Network, told the daily, citing high costs for the entrepreneurs.

But investors are not worried since the cheque sizes in early-stage deals are ballooning. "I am not worried about this trend since quality on entrepreneurs is improving and cheque sizes have increased, which is also leading to startups skipping rounds," Sanjay Nath, managing partner at Blume Ventures, an early-stage venture capital firm, told the daily. "At Blume, seed funding used to be Rs 50 lakh to a crore from first fund, and has now increased to $1 million at present."

Merger and acquisition (M&A) activity has picked up, with growing Indian corporate presence in the pie. There was 15% year-on-year growth with over 75 deals reported in the first half of the year.

"Enabling structured institutional support for early stage startups to tap global markets, aligning state policies to help create sector-specialist startup hubs, and focus on capacity building are some of the areas to be worked on by the industry to accelerate growth in India's startup ecosystem," the report noted.