This was Google’s way of winning one over the leaksters.

Google only revealed the absolute bare minimum about these devices and mentioned that more details would be shared over time. Thanks to a whole bunch of leaks and renders, we already had an idea about the Pixel Watch (we’ve also seen pictures of it out in the wild), and the Pixel 7 series. The Pixel Tablet was a surprise.

Google has said that the Pixel 7 and the Pixel 7 Pro are going to be powered by the next generation of the Google Tensor chip that’s yet to be announced. While the design language of the Pixel 7 series is similar to what Google introduced with the Pixel 6 series, the visor-styled camera bar on the upcoming devices is now made of polished aluminum with it running straight into the frame on both sides of the device to give a more uniform, integrated look.

Since the camera cutouts are now on polished aluminum, they look bolder and stand out more as compared to the Pixel 6 series where they tended to blend into the black background. The Pixel 7 will get two rear cameras while the Pixel 7 Pro will get three.

The Pixel 7 and the Pixel 7 Pro are going to launch later this year along with the Pixel Watch.

Google did not reveal any further details on the smartphones, so we’ll just have to wait.

This we knew was definitely going to be teased. After a lot of off-handed “time” references and many of the Google I/O hosts sporting it, the Pixel Watch was finally made official at Google I/O. Now, we’ve seen the renders of the Pixel Watch, and we even caught a glimpse of it when someone “found it” in a restaurant and shared the pictures on Reddit. These gave as an idea about the design and some other design details like the crown and the silicone strap.

All of what was speculated, fit. The Pixel Watch is the first wearable that has been developed from scratch by Google and it is going to come with Fitbit integration. Ever since Google acquired Fitbit, we knew this was inevitable. Google mentioned that the Pixel Watch was going to get enhanced fitness tracking with stats, progress, personal fitness goals, sleep tracking, continuous heart rate tracking, Active Zone minutes, etc., all powered by Fitbit. The smartwatch is also going to get the Google Home app via WearOS which will allow users to control connected devices right from the wrist.

The Pixel Watch is going to make a debut this Fall along with the Pixel 7 and the Pixel 7 Pro.

Finally, the device that no one expected - the Pixel Tablet. Working up towards its own ecosystem, Google revealed that it has been working on a tablet that should be launched next year. 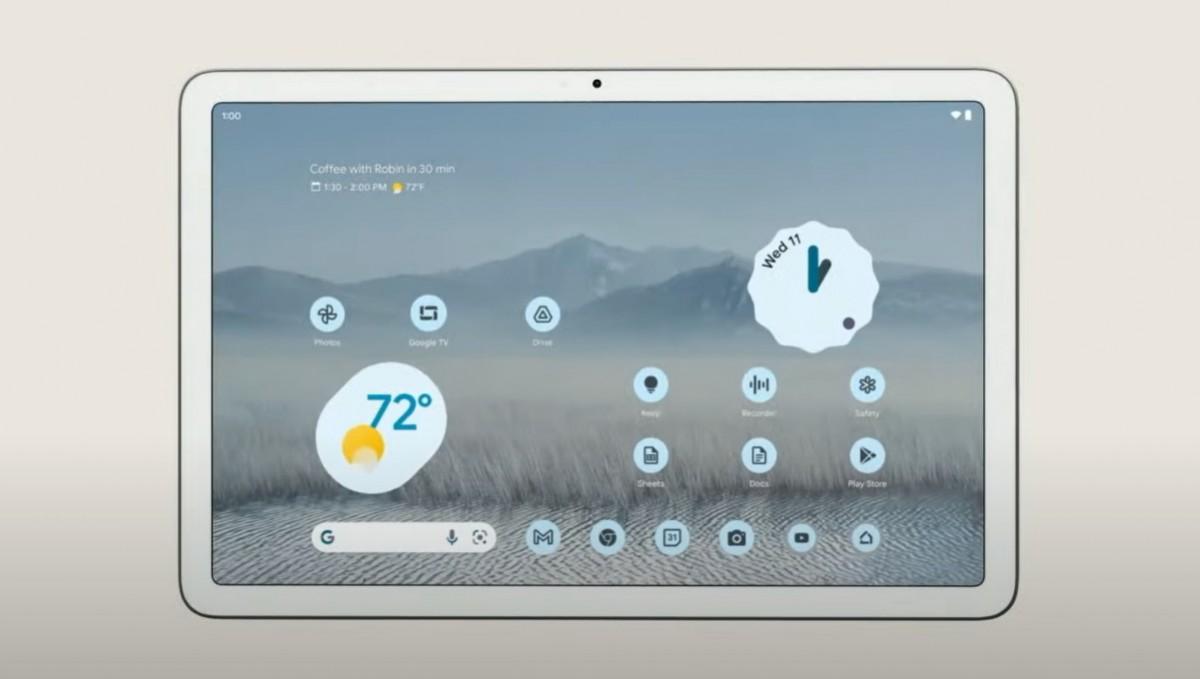 “Designed to be the perfect companion to your Pixel”, the Pixel Tablet is going to be powered by the Google Tensor chip and feature thin bezels with a front-facing camera mounted on one end. There is also a single camera on the back, and a design very reminiscent of the older Pixel phones.

Google calls it the “most helpful tablet in the world”, but that’s all the details the company helped us with. We expect to learn more about this soon.

Also Read: India’s FINALLY getting a new Pixel smartphone: The Pixel 6a IS coming!