Nokia 2.4 Android 11 update now rolling out but Nokia 5.3 users will have to wait more

HMD has announced the Android 11 update is now available for the Nokia 2.4 but nothing about the Nokia 5.3. 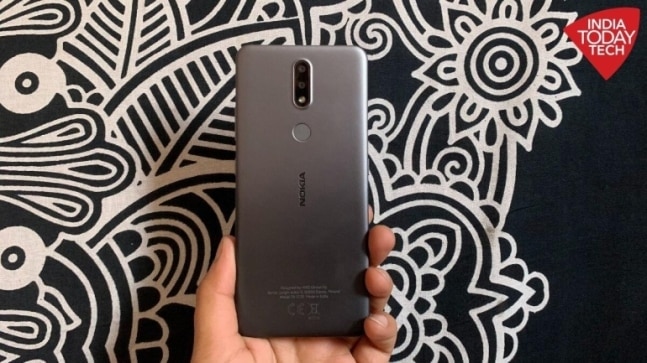 Nokia Mobile made the announcement on Twitter saying the Android 11 update "has landed for the Nokia2dot4." In its Android 11 rollout roadmap, HMD earmarked the Nokia 2.4 (read the review here) for the first quarter of 2021 and the update has arrived a little late. But while this is good news for Nokia 2.4 users, it is another day of wait for Nokia 5.3 users who have been expecting the Android 11 update since last year. Nokia 5.3 was supposed to get an update between the fourth quarter of 2020 and the first quarter of this year but to no avail.

Anyway, Nokia 2.4 users have a reason to rejoice and commend HMD for how fast it pushes new updates to its phones. The Android 11 update brings a host of new features to the Nokia 2.4. You can enable chat bubbles for all messaging apps in Android 11, much like how it is on Messenger. There will be a new power button menu that displays connected devices, security camera controls, among other things. The app permissions will become stricter with Android 11 as you will now have the option to grant an app, access to your location on a one-time basis. Google Assistant is also improved with the new update.

Till now, seven Nokia smartphones have received the Android 11 update, including the Nokia 2.4. And if we are going by the Android 11 rollout roadmap that HMD released last year, the remaining ones include the Nokia 5.3, Nokia 1.3, Nokia 3.4, Nokia 7.2, Nokia 6.2, Nokia 1 Plus and Nokia 9 PureView. Over and above these, you have the Nokia 5.4 and Nokia 1.4 that the company released earlier this year. So, all in all, there are still several phones that HMD has to upgrade to Android 11.

Meanwhile, the new crop of Nokia phones that includes the Nokia X20, Nokia G20, and Nokia C20, come with Android 11 software out-of-the-box. These new phones are a slight departure from what HMD launched before. So, now, the name has been changed but the mix of specifications is more or less the same. The Nokia X20 is HMD's top-end device in the lot and it comes with a Snapdragon 480. The phone costs around Rs 31,000 while the Oppo A74 5G, which is the latest Snapdragon 480-powered phone in India, costs less than Rs 18,000. So, the balance between the price and specifications is still not there for Nokia phones, but HMD is looking to change the game and we hope it does.

Zoom launches immersive view that places participants in one virtual background, here is how to enable it