Oppo Reno 3 Pro launch in India today: Price, specifications, and everything else to expect

Oppo Reno 3 Pro India model will come with many features such as quad rear cameras. 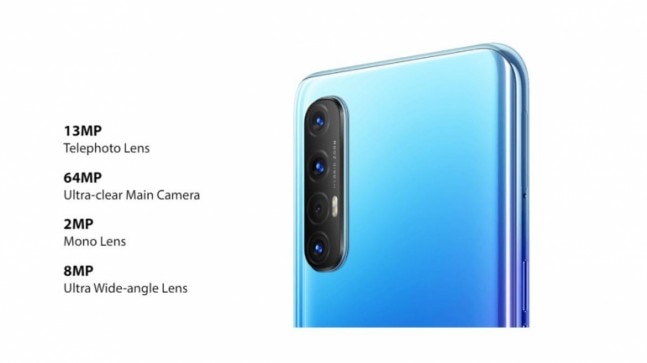 Oppo Reno 3 Pro India launch day is finally here. The next Reno-series smartphone will be unveiled at an event in New Delhi where all of its details will be announced. But we know quite a few things about Reno 3 Pro already, thanks to Oppo's teasers that have been released over the past few days. We know that the Reno 3 Pro for India will be different from its Chinese counterpart. There will be a dual setup for selfie cameras, including a 44-megapixel sensor quad-camera setup on the rear, including a 64-megapixel sensor, and a slightly different design. We list down everything that you can expect from Oppo's event for Reno 3 Pro.

The Oppo Reno 3 Pro is scheduled to be launched at a New Delhi event at 12:30pm. The company has revealed the date on its social properties as well, which alludes to an online live stream, which is available below.

While the official pricing of the Reno 3 Pro will be announced later today, we can assume what the smartphone is going to cost based on the China pricing. In China, the Reno 3 Pro starts at CNY 3,999, which translates to an approximate value of Rs 40,000. We can expect the Reno 3 Pro to be priced at around Rs 35,000. The Oppo Reno 3 Pro will go on sale via all online and offline channels Flipkart, Amazon, and Oppo's online store as well. The smartphone will come in Midnight Black, Auroral Blue, and Sky White colours.

Apart from the aforementioned information, we do not know things such as the processor, battery, and other specifications for the India variant. But, if the China variant is to go by, the Reno 3 Pro could pack a 4025mAh battery with 30W fast charging and a Qualcomm Snapdragon 765G processor. In any case, we will know better at the launch event.

Oppo will also announce the launch of the Enco Free true wireless earbuds at the event.