OnePlus will be launching its new OnePlus Theme Store For OnePlus smartphones with OxygenOS 12 update. 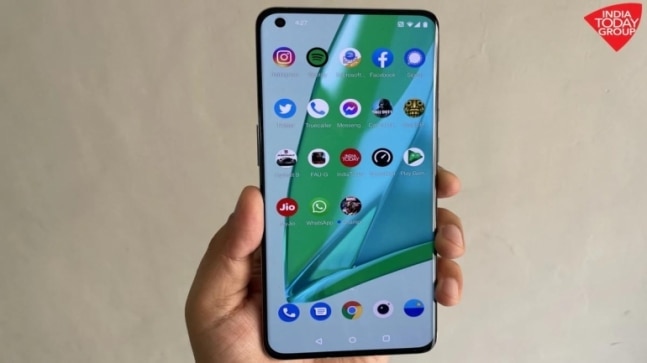 One Plus smartphones will soon be having a dedicated theme store with the OxygenOS 12 update, that will allow the user to configure their smartphones to their liking. OnePlus announced the news in an official forum thread, which also revealed a few details about the forthcoming OnePlus Open Ears Forum (OEF), which is scheduled for Tuesday, May 18 at 10 A.M. Eastern Time (07:30 P.M. IST).

OnePlus intends to hold a discussion about the latest OxygenOS 12 updates, which brings with it a new dedicated theme store, with a panel of 15 users and other OnePlus community members.

The OxygenOS, OnePlus' Android customisation, is often regarded as one of the smoothest and best optimised interfaces on the entire Google mobile platform, seeking to offer a user experience of the highest quality for its flagship killer mobiles.

On the upcoming Theme Store addition, OnePlus said, "We're bringing back the online OEF with a brand-new topic: Theme Store. An unfamiliar topic to you, as you may have tried custom themes or wallpapers downloaded from other theme stores before. In fact, this is a much-requested feature."

The concept of an Android device's theme store is not new. In fact, it is extremely common in Chinese Android operating systems like MIUI and EMUI. Samsung, too, has a Theme Store available on its Galaxy line of Android devices.

OnePlus's Theme Store which will be available in the next OxygenOS update is taking some ideas from Samsung Themes, Samsung's comprehensive customisation store for your OneUI. It will especially be useful for those who like to adapt the interface of their mobiles to the maximum. Additionally, there are likely to be both free and paid themes, which will appeal to creators and designers.

OnePlus smartphones should be getting the Android 12 based OxygenOS update in the coming months. There aren't many confirmed specifics about OxygenOS 12 or the theme store right now. However, we'll find out more about them on May 18 at the OnePlus Open Ears Forum.