The Realme 6 Pro is not another phone in the number series of the brand. Instead, it takes over from the Realme X. 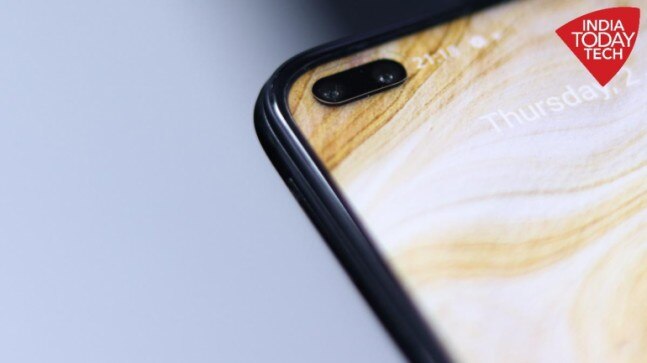 Realme 6 Pro has a dual punch-hole

At a starting price of Rs 16,999, the Realme 6 Pro comes across as an impressive smartphone, at least on paper. The sale will begin on March 13 but before that happens, we bring you the breakdown of the major specifications of the Realme 6 Pro.

Display: The Realme 6 Pro has a 6.6-inch Full-HD+ LCD display with a dual punch-hole design. The refresh rate of the display is 90Hz while the screen-to-body ratio is 90.60 per cent.

Chipset: Powering the Realme 6 Pro is an octa-core Qualcomm Snapdragon 720G processor clocked at up to 2.3GHz.

Storage: You get two storage configurations on the Realme 6 Pro 64GB and 128GB with expandability up to 256GB.

Front Cameras: For selfies, the Realme 6 Pro has two cameras on the front. A 16-megapixel f/2.1 sensor and an 8-megapixel f/2.2 wide-angle sensor with a FOV of 105 degrees.

The Realme 6 Pro comes with a 90Hz display with an auto-detection mode. It comes with features such as Super Nightscape 3.0 Mode and a new Ultra Nightscape mode for the cameras. It also has UIS and UIS Max, which are the abbreviations for Ultra Image Stabilisation and Ultra Image Stabilisation Max, for videos. There is also a fingerprint sensor mounted on the right side of the smartphone.