Xiaomi's sub-brand Redmi has confirmed an upcoming launch of a gaming smartphone under the banner. The company has even partnered with renowned mobile game Call Of Duty Mobile for the launch. 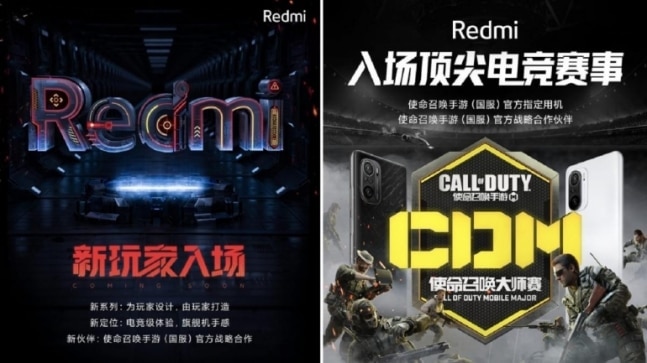 Xiaomi has had a slew of launches since the start of the year, and to expand its portfolio further, the company is now eyeing the smartphone gaming space. For this, the Redmi division of the Chinese tech major is coming up with its gaming smartphone soon, as it has now confirmed.

The Redmi gaming phone will be released at the end of this month, as the company has confirmed in its latest announcement. Though it did not mention any specifications for the device, it did announce a partnership with Call of Duty Mobile for the phone launch.

The announcement authenticates several speculations made last month about Redmi coming up with its gaming smartphone. As per the hints at the time, the company was tipped to power its device with the Dimensity 1200 mobile chipset.

Other rumours around Redmi's gaming phone indicate that the smartphone will come with a flat OLED panel that will sport a punch hole for the selfie camera. The device is anticipated to be backed by a 5,000 mAh battery that supports 65W charging. For gamers, it might also come with shoulder triggers.

Reports to date state that the Redmi gaming smartphone has already cleared China's TENAA and 3C certification platforms. As per the certification listings, the smartphone is codenamed Ares and comes with a quad-camera setup with a Sony IMX686 64-megapixel main lens.

As per the rumours, the upcoming phone by Redmi will cost anywhere between CNY 2,000 and CNY 2,500 (Rs 23,000 to Rs 29,000). It is not yet clear if Xiaomi will make the Redmi phone available in markets other than its home market China.

It is, however, expected to be launched in India as well. That is because such a gaming device by Xiaomi was recently spotted on the IMEI database. The listing does not suggest the branding under which Xiaomi will launch the phone in the country, as the India variant might be introduced under the Poco banner instead of Redmi.

Much of this is mere speculation as of now, but since Redmi has now confirmed the launch in partnership with Call of Duty Mobile, it is only a matter of time before more is revealed about the new gaming smartphone in the market.

Grofers to pay for Covid 19 vaccine for its employees, their dependants