Apple iPhone 12 review: The iPhone you should consider buying

The key to great photography isn't about multiple lenses but the right blend of hardware with the software, which Apple is a master at. Even without going overboard with the camera lenses, Apple has managed outshine most of the competition 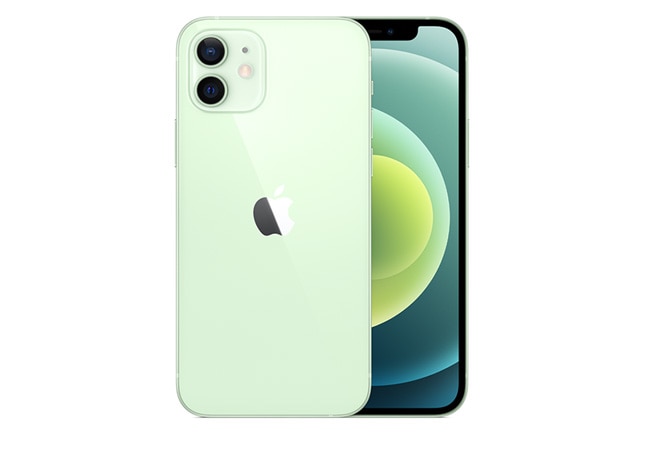 iPhone 12 fits snugly in the hand, without feeling too big or too heavy

There have been some distinct differences in the Pro and non-Pro models until the 12 arrived. Coming very close, the iPhone 12 borrows many of the Pro features - starting right from the screen to the processor. To bring down the cost (whooping Rs 40,000 difference), Apple had to cut a few corners but that's mostly some additional techie (and non-techie) stuff. Yet this hasn't impacted the performance.

What's in the box: iPhone 12, USB-C to Lightning cable

Design & Display: It is an elegant piece of hardware, modelled using the familiar iPhone 4 design. The matte finish of the flat sides and the camera module complements the glossy glass rear. The new colours are bright and refreshing. The light shade of green feels just perfect - neither too bright nor too dull. Instead, it feels elegant and energetic. However, I often cleaned the rear of the smudges and finger impressions it attracted. The flat sides have also helped Apple to squeeze in a bigger display without making the phone too uncomfortable to hold. The 6.1-inch OLED screen feels just perfect - both in terms of size and brightness.

With TrueTone turned on, it automatically adjusts the colour temperature basis the surroundings. It isn't bezel-less but appears to be one. The huge notch on the top - housing TrueDepth camera - feels a bit big as compared to the punch hole displays. But trading off a bit of screen for the module powering the secure FaceID and the front camera is a wise decision. iPhone 12 fits snugly in the hand, without feeling too big or too heavy.

Camera: The key to great photography isn't about multiple lenses but the right blend of hardware with the software, which Apple is a master at. Even without going overboard with the camera lenses, Apple has managed outshine most of the competition. Quick to focus, the images are rendered exactly how they are visible in the frame. Ultra-wide or wide-angle shot, iPhone captures most of the details. Unlike Google Pixel where at times colour look artificial, iPhone 12 does a commendable job with colour accuracy. From flowers to street pets, sunrise and sunset, and even gliding birds - every shot was seamless and looked natural.

Triggering night mode sensing low-light was indeed helpful but I had to keep the hands still to get the best (in most cases 3 seconds). While capturing 'diyas' during Diwali, night mode was a spoiler and I preferred keeping it off. Portrait shots on humans, pets and even objects turned out well and I was even able to adjust the background depth while editing. Be it an armature or a pro, the camera won't fail you. All you have to do is frame the shot and hit the shutter button. With Apple's deep fusion working at the backend, the results are mostly sharp with natural-looking colours.

Supporting Dolby Vision up to 30fps, the videos have a high dynamic range and bright colours. The front camera is equally impressive. While I got some nice selfies, I loved attending video meets too as the video quality was better than the webcam on the laptop.

Performance: No-compromise on performance, the iPhone 12 feels fast. Switching between multiple running apps was smooth, and gaming was blistering fast. Extended sessions of gaming don't heat the phone. While retro games are a breeze, the power onboard supports heavy graphic games too, contributing towards the downfall of the opposition - be it while sniping the opposition in the Call of Duty or catching up and passing other racers in Asphalt 9: Legends.

It's not just good at photography and videography but easily handles edits too. It's a lag-free performance, which is at times, let-down by the buggy iOS 14 (hopefully, Apple will fix more bugs with next update). Overall, the performance is top-notch, just like the Pro siblings. 5G enabled, the iPhone 12 is future-ready. Should support the 5G networks when rolled in the country. The 64GB base storage should suffice if you aren't too much into videography, but if everything will be stored on the device, a higher storage capacity is worth considering.

Battery: The rock-solid performance is backed with a day's battery during weekdays and easily a day and a half over weekends. A couple of hours of voice calls, an additional couple of hours of video conferencing, emails, social networking, imaging and gaming sums up my day's usage. Although it supports wireless charging (and 15W fast charging with MagSafe), this fancy tech is rather time-consuming. I preferred juicing this with my iPhone 11 Pro adapter that takes close to an hour and a half for a full charge. Mind you, the power adapter is not bundled in the box. So you rather look for Type-C adapter or be willing to send around two grand for the original Apple accessory.

Verdict: This is the iPhone you should buy. Period. Availing HDFC cashback offer that effectively brings down the cost by another 6k would be wise. And if you are stretched out the budget and can suffice a smaller display, the iPhone 12 mini is even a better proposition.