With its recent line of smartphones, especially, the Redmi Note 3, Xiaomi took the smartphone world by the storm. The company is recreating the same magic in the air purifier space too as the Mi Air Purifier 2 takes on the fairly expensive lot of air purifiers. 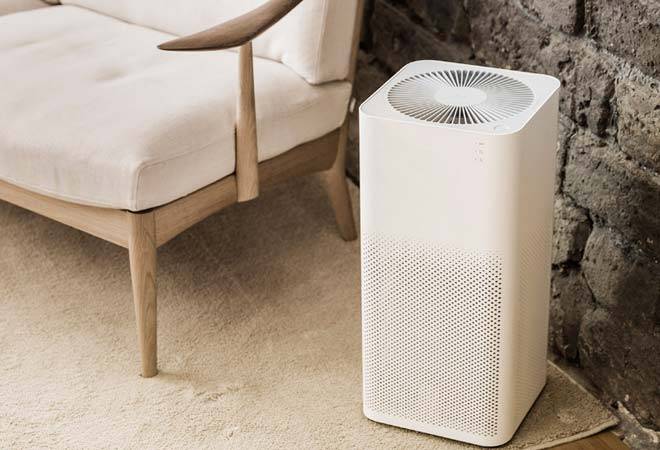 With its recent line of smartphones, especially, the Redmi Note 3, Xiaomi took the smartphone world by the storm. The company is recreating the same magic in the air purifier space too as the Mi Air Purifier 2 takes on the fairly expensive lot of air purifiers. It's not that this one is the cheapest air purifier around but with the price tag of Rs 9,999, it surely is an impressive product.

There isn't anything exciting about the design of the most of the air purifiers available in the market but the Mi Air Purifier 2 has got refreshing looks and doesn't occupy much space. It is 20inch tall and is less than 10mm wide. It weighs 4.8kg and can be easily moved from room to another. With no flashy display, it has got LED indicators with minimal controls. Take the purifier out of the box, slide in the filter and plug it to power socket and turn on the purifier. The modes can be changed by tapping on the button on the top. There is also a Mi Home app that acts as a remote control and brings a lot more to the tablet. The purifier sucks the air from the side and releases the clean air from the top. It has got a cylindrical filter that needs to be replaced every six to eight months, depending upon the usage. Most importantly, this is a no-nonsense air purifier, which is easy to operate - be it from the button on the purifier or the Mi Home app and the filter is every easier to replace.

While the air purifier works well on its own, the Mi Home app brings a lot more to the tablet. Unlike other air purifiers, the Mi Air Purifier 2 doesn't have a display with coloured indicators about the air quality. But this doesn't mean there is no way to check the same. The Mi Home app, available on iOS and Android platform, displays the air quality in real time along with indoor temperature and humidity as it has got sensors inbuilt. It can be used to power on/off the purifier and even switch between the auto, sleep and favourite modes. It also shows the number of days left to change the filter. Whenever the purifier is controlled with the app or a mode is changed, the purifier registers the command with a beep. When running on auto mode, the purifier was so quiet that I had to get up to check whether it was working on not. The sleep mode is slightly loud whereas there is a noticeable sound in the favourite mode. Long pressing the favourite mode from the app allows you to change the strength of the fan. The best thing about the Mi Home app is its ability to control the air purifier I was able to turn on the purifier and change the modes even while I was not on the same floor. My only issue with the app was the number of permissions it had gained access to which included take pictures, find accounts on the device and read contacts, record audio, call phone numbers, etc., which can be turned off within the app settings.

Moving on to the performance, this air purifier works efficiently. It bought down the PM2.5 levels from 205 to 46 in close to an hour when used in the auto mode. The similar results were achieved in half an hour when used in the favourite mode with used at the full capacity. While cooking, the indoor air quality was around 330, which was effectively cleaned and brought down to 36 in thirty minutes. The lesser the level of PM2.5, cleaner the air. The Mi Air Purifier 2 has a high 310m3/h CADR (clean air delivery rate), which is impressive given the compact size.

Bag it or Junk it: The Mi Air Purifier 2 is a smart connected air purifier that works well. Purifiers with similar features and performance by other players are offered at more than double to triple the cost of this one.

Asus Zenfone 3: Impressive hardware but comes at a price