Priced between Rs 3 lakh and Rs 4.5 lakh, the new models are expensive, but still a fraction of the cost of earlier models.

Nandagopal Rajan
Every time I see a 4K television - and I have seen a handful in the past year - I am stumped by its clarity. It is almost unnatural, with the image on the screen looking far clearer than real life outside. My experience during the sneak preview of the new Sony Bravia X9004 series was no different.

With its Sense of Quartz design concept, the X9004 carries forward Sony's famed monolithic design ethos. This television comes across as one big panel of glass held up by a steel ring that hides all bars and screws.

It is tough to put in words how stunning 4K pictures look. I will just say four times more clear than FullHD if that gives you an idea. This clarity has to be seen to be believed.

Toshiba was the first to announce 4K TVs in India, followed by Sony, LG and Samsung. But they were all above 82 inches and unbearably expensive.

Of course, there is no broadcast of content especially shot for 4K using special cameras. So far we only have full HD broadcasts with just a fourth of the resolution 4K cameras provide. But the X9004 copes with the lack of 4K content by up-scaling everything played on the LED screen to 3840x2160p resolution.

We tested it with a 720p video file and the upscaled video was quite good, though we did notice some ghosting. Even streamed YouTube videos are upscaled and this is a good way of making use of the 4K qualities of the television. 4K upscaled Blu-ray titles are also likely to be launched in the near future to plug the lack of content. 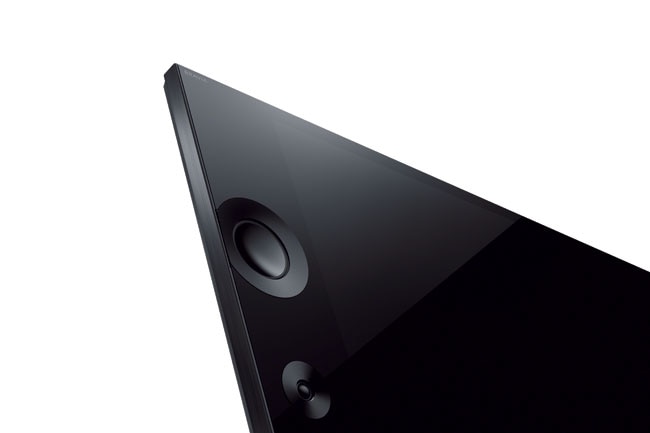 The Triluminos technology incorporated into these new televisions gives a much wider colour array than before. Sony displayed this with a clip that had multiple shades of red and green, with every shade clearly differentiated from the other. The 3D quality has good throw and depth, though clearly it is just another feature here. The hero is undoubtedly the 4K.

The interface is very fluid and it is easy to shift between sources. There are a limited number of apps and access to the web, but they are not good enough to call this a smart TV. Connected TV would be the better classification. 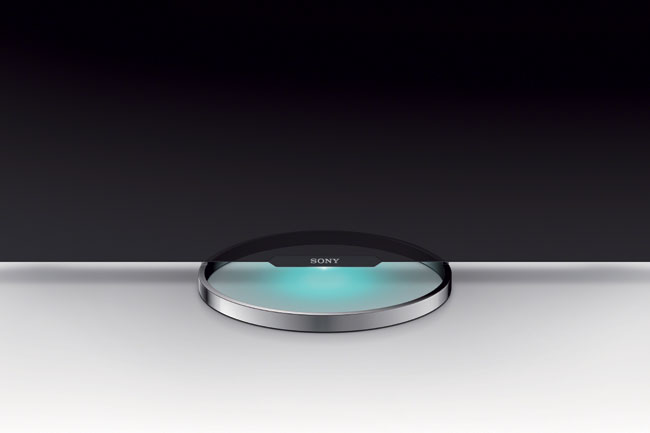 The two 12.5W front-facing speaker arrays and the two 20W subwoofers give the television a sound quality that matches the superb video. We tested some audio files and can safely say you can sell your old home theatre system to offset the price of this one. The Dolby Digital sound comes in different adjustable modes too.

Since there is just a regular remote to control the device, Sony has added an app that lets you do most of the controls. This app is better if you plan to type web addresses on the browser, as using the on-screen keyboard is quite tough. Plus, the TV comes with a one-touch connect option that uses NFC to link it to Xperia phones to stream content onto the larger screen.

There are a host of connectivity options ranging from MHL to Wi-Fi. But we were more happy with the fact that it has plug-and-play capability for many 3G dongles. It can also use DLNA to play from other compatible devices.