OnePlus 9RT first impressions: Another signature OnePlus device for you

OnePlus 9RT comes with a tried and tested design, something we all have seen and some of us have used before. The aggressive pricing makes it look better on paper than the Samsung Galaxy S21 FE. But is it worth the money? Here are my initial impressions.

OnePlus 9RT has finally made its way to the Indian market after some delay. With a familiar design and pricing that reminds you of a typical OnePlus device. Moreover, the OnePlus 9RT sits in the mid-premium price segment, a category that the company once ruled in India with close to no competition. But, things have changed and the 9RT is probably the last smartphone from the company before the OnePlus and Oppo merger starts taking shape this year.

I have spent only a couple of days with the OnePlus 9RT and in this post, I will share my initial impressions of the device.

OnePlus devices in 2021 come with a distinct design and that meant you could recognise them as a OnePlus device. While it may be good for the brand to have a uniform consumer recall, but that could be bad for some consumers. Imagine you bought the OnePlus 9 Pro and, from a distance, it still kind of looks like the OnePlus 9R or OnePlus 9RT which are available at lower price points. That's where I believe OnePlus has gone slightly wrong. But, I'm glad that the OnePlus 10 Pro changes everything and looks different as well as stands out when compared to the OnePlus 9 series phones.

Long story short, the OnePlus 9RT looks familiar and there are chances that you may get confused. Because it will remind you of the OnePlus 9R, OnePlus Nord 2, and OnePlus 9. And, to some extent, even the OnePlus 9 Pro. Again, that has its benefits, but how consumers will take it, only time will tell.

OnePlus 9RT: A familiar package, to some extent

Apart from looking familiar like other recently launched OnePlus devices, the OnePlus 9RT also feels solid. The frosted glass design looks premium and the smooth hand feel enhances the overall user experience of the 9RT. OnePlus has launched the 9RT in Nano Silver and Hacker Black colours. We got the latter one and it looks stunning. Much like other OnePlus devices available in India, the OnePlus 9RT runs on the OxygenOS 11 version based on Android 11. We have talked about the OxygenOS UI in detail in my OnePlus 9 Pro and OnePlus 9 reviews. And, there isn't any massive upgrade seen on the 9RT that we want to talk about here.

Powered by the flagship-grade Qualcomm Snapdragon 888, the OnePlus 9RT is a solid device when it comes to performance. However, we want to reserve our verdict on the performance of the 9RT until we spend more time with the device and run some more tests and games. The company also claims that the OnePlus 9RT comes with its largest liquid cooling system which should come in handy while extended gaming hours. 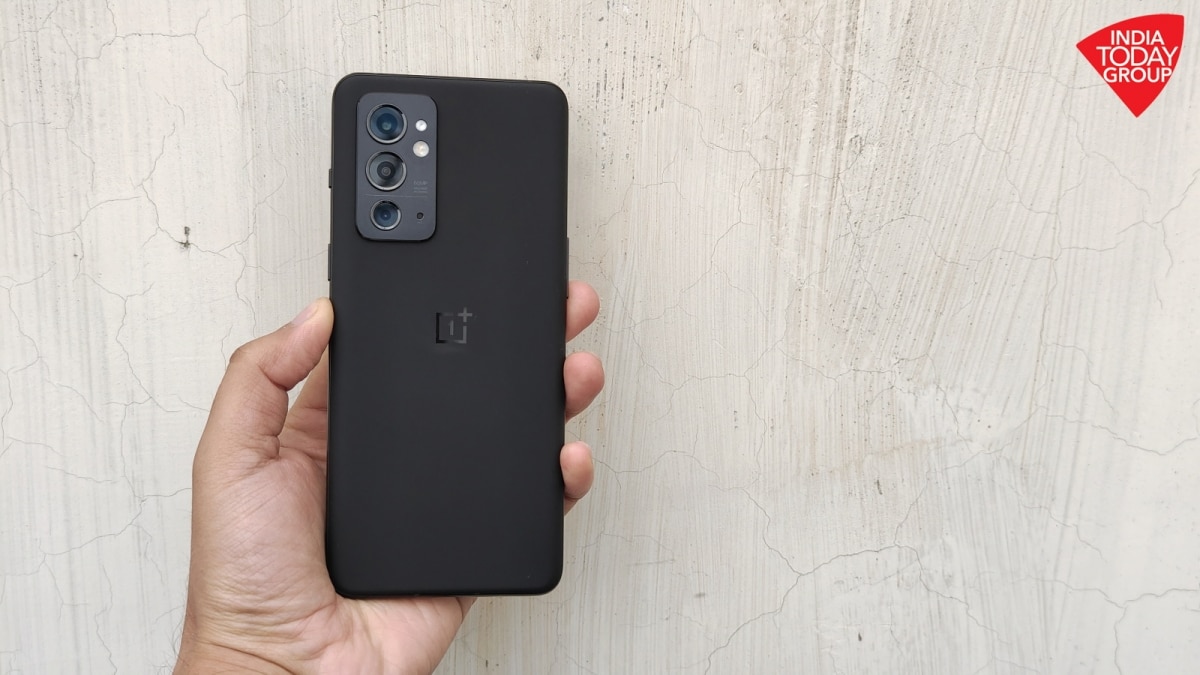 Much like other OnePlus devices launched in 2021, the OnePlus 9RT also packs a 4500mAh battery which is the same capacity we have seen on the OnePlus 9 Pro, OnePlus 9, OnePlus 9R, and OnePlus Nord 2. For fast charging, it supports Warp Charge 65T, which can charge a phone fully in less than 30 minutes.

The cameras are a big upgrade on the OnePlus 9RT. The phone gets a 50-megapixel Sony IMX766 sensor with optical image stabilisation. There's a 16-megapixel ultra-wide camera and a 2-megapixel macro sensor. OnePlus has also enhanced the LED module on the 9RT which now uses a dual-LED flash. There's a long list of camera features that the OnePlus 9RT sports including multi-autofocus, 4K videos, 1080p videos, Super slow motion, time-lapse, Nightscape, Portrait mode, Ultra-res, dual-view, and more. At the front, there's a 16-megapixel Sony IMX471 camera sensor with EIS.

In the limited time, I spent with the 9RT, I couldn't test the cameras much. So, stay tuned for our in-depth review where we will put the OnePlus 9RT through our various tests.

The OnePlus 9RT is a solid entry from the company at under Rs 50,000. It goes up against the recently unveiled Galaxy S21 FE which is available at a slightly higher price point. What goes in favour of 9RT? Well, it's the design, performance, battery, and camera which looked promising in initial tests. Though, I would recommend waiting for a week for our full review of the OnePlus 9RT.

At a starting price of Rs 42,999, the OnePlus 9RT surely is an apt upgrade for OnePlus enthusiasts and should appeal to most users in this price segment - be it a power user or someone who needs an all-rounder.

Stay tuned to India Today Tech for our in-depth review.