Steve Jobs stepped down as Apple CEO on August 24, 2011 due to health reasons and named Tim Cook CEO. 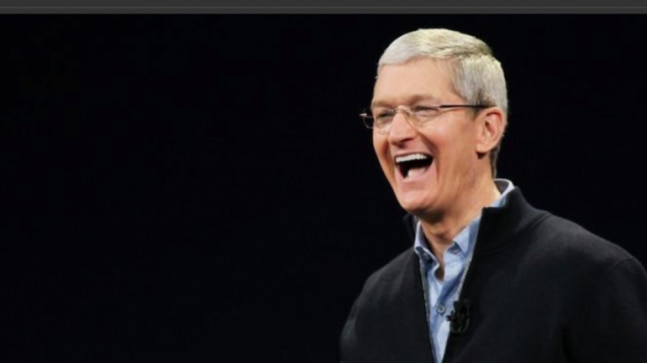 Tim Cook has completed 9 years as the CEO of tech giant Apple. Former late founder of Apple, Steve Jobs handed over Cook his responsibilities saying that Apple's "brightest and most innovative days are ahead of it." Apple analyst Gene Munster told AP that grooming Cook as successor was "one of Steve Jobs' greatest accomplishments that is vastly under appreciated."

Apple was worth under $400 billion when Cook joined as CEO. It is worth five times more than that today. Last week, the Cupertino-based California company became the first publicly listed US company to reach a market value of over $2 trillion. Apple on Monday split its stock for the second time during Cook's reign, setting up the shares to begin trading on a split-adjusted basis beginning August 31.

As per news agency AP, the four-for-one stock split, a move that has no effect on share price but often spurs investor enthusiasm, is one measure of Apple's success under Cook. The stock split multiplies the number of shares by four and divides each share's value by four. Apple said it initiated the stock split to make it easier for more people to buy shares in the company, CNet noted.

Cook also recently entered one of the most elite clubs for CEOs who didn't actually found the companies they run with net worth reaching $1 billion, according to calculations by the Bloomberg Billionaires Index. Cook, 59, said in 2015 that he plans to give most of his fortune away and has already gifted millions of dollars worth of Apple shares, Bloomberg noted.

Cook addressed matters like civil rights, renewable energy, and on a personal level came out as the first openly gay CEO of a Fortune 500 company in 2014. Apple gives streaming services and is planning bundled subscriptions from October. Apple's highly anticipated 5G iPhone would support next-generation cellular wireless data speeds potentially 10 times faster than the rate at which phones can download today, as per reports. Apple Watch and AirPods were launched under Cook's reign.

In 2009, when Jobs was suffering from pancreatic cancer, Cook told financial analysts that "Apple needs to own and control the primary technologies behind the products we make." As per the report, Apple has become a major chip producer in order to supply both iPhones and Macs.