We saw a host of impressive smartphones making headlines in 2017; the coming 2018 is expected to be even better. Here is a list of smartphones that we expect to make it big in the next year. 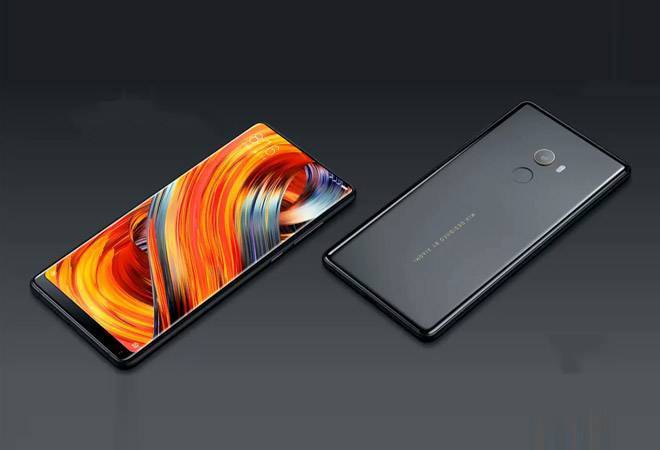 2017 had been a year of bezel-less displays and dual cameras. The pace at which smartphones have evolved can put every other industry to shame. It will be interesting to see what's in store for 2018.

The new year can bring us more refined existing technologies and a few possible disruptors that can change the way a smartphone looks. The bezel-less display might give way to bendable displays. Samsung has been working on the technology since quite some time and is expected to reveal a commercially viable model this year.

On the conventional front, there are a lot of devices lined-up for launch in the year 2018 and given that the year 2017 was all for bezel-less displays and dual-lens cameras, we expect the same technology to develop more finesse for the end-user.

Here's our list of phones that are expected to make it big in the year 2018.

Nokia 9 - The device will be powered by Qualcomm's flagship Snapdragon 835. The processor might come coupled with 4GB of RAM, Adreno 540 GPU, and 64GB of inbuilt storage. However, previous leaks indicated towards other RAM variants; one with 6GB or 8GB of RAM and 128GB of internal storage.
One of the biggest USPs of the device will be the Carl-Zeiss optics that will come with dual-camera set-up. The camera will have 4K shooting capability and at least one of the modules will feature a 12Megapixel unit.

So far, it seems like Nokia will not be jumping bezel-less display wagon. However, the phone might come with slimmer bezels than usual. The device is expected to feature Android's latest Oreo 8.0. It is also expected feature IP68 water and dust protection.

Nokia 6 - Nokia 6 will come with a fresh 18:9 aspect ratio, bringing it at par with other mid-range and budget segment devices that have adopted the new design language.

Internally, this time Nokia is expected to keep the device powerful enough to counter the likes of Xiaomi and Motorola in the mid-range segment. The device is expected to feature a Snapdragon 630 chipset. The chipset will come paired with a modest 4GB RAM and 32GB internal storage memory.

Samsung's Galaxy S9 and Galaxy S9+ - Samsung's flagship devices have a lot of impatient buyers. Luckily,  for those waiting, there's nothing much left to imagination apart from an official confirmation. The leaked renders fall in line with previous reports. It's almost clear that Samsung's smaller Galaxy S9 will not feature a dual-lens setup.

The absence of a second lens on the smartphone is further verified by a leaked schematic of the Galaxy S9. The schematic also confirms the placement of the finger print sensor.

For the bigger Samsung Galaxy S9+, Samsung will not be placing both lenses horizontally, like in the Note 8 but vertically in the centre of the back panel.
Unlike a few early reports, the Galaxy S9 and Galaxy S9+ will not feature an under-screen fingerprint sensor. Instead, the company will go for a more conventionally place module under the camera.

OnePlus 6 - There's not much on this front but we know what's powering the phone. During the launch of Qualcomm's flagship chipset Snapdragon 845, the company revealed that their chipset will power the OnePlus 6.

Recently, the Chinese company unveiled the OnePlus 5T with an 18:9 aspect ratio 6-inch screen. The same tall-screen design is expected to make it to its successor OnePlus 6.

Xiaomi Mi 7 - Xiaomi Mi 7 will be one of the first devices to sport Snapdragon 845 chipset, which is expected to launch next month. The device will come with 6GB RAM and a 3350mAH battery. In terms of build material, Xiaomi will use glass back to enable wire-less charging on their device.

On the camera front, the device will sport dual-camera lens, both with a resolution of 16 Megapixel. Out of the two lens, one is expected to be a special low-light module with an aperture of f/1.7. The dual-lens will also enable bokeh effect within the pictures. The report suggests that Mi 7 will be priced at CNY 2,699 (approx Rs 26,600).

Mi Mix 3 - The back panel of the next gen Mi Mix device has been leaked online. Though it doesn't show much of the front panel, it does clarify a few features that can make its way to the Mi Mix 3.

The most striking difference from the previous generation Mix device is the presence of a dual camera lens. These lenses will be placed vertically, similar to the iPhone 8 Plus and iPhone X.

iPhone(s) (2018) - Apple seems to be ready with their plan for next years' launches. The design looks similar to the current generation iPhone X. The company will launch three iPhone X models next year. The models will all have the same notch-design as the current iPhone X. However, the company might launch three different variants of the iPhone X.

Out of the three, one of the iPhones will feature a LCD-TFT display instead of OLED, which is also supposed to bring the prices down. This device will also have a comparatively low-resolution. The device will come with a 6.1-inch screen and a notch on top of the screen. The other two devices, one with 6.5 inch OLED screen and the other with a 5.8 inch OLED screen

Redmi Note 5 - The Redmi Note 5 is one of the few devices that has been visiting the rumour mill quite frequently. Earlier this year, a few live images were leaked on Chinese social network Weibo. The device in the leak was a Xiaomi device with a rear panel design strikingly similar to the Redmi Note 4.

However, the biggest differentiators were the dual lens camera on the rear panel and extremely narrow bezels. This year the company has placed the Redmi 5 Plus in a price bracket similar to last year's Redmi Note 4 which leads us to believe that the Redmi Note 5 will be priced slightly higher than its predecessor.

iPhones get costlier by up to Rs 3,700 after Customs duty hike on smartphones