Christian Michel, 54, is currently behind bars in Dubai since he was arrested and sent into custody pending the legal and judicial procedure in the UAE. 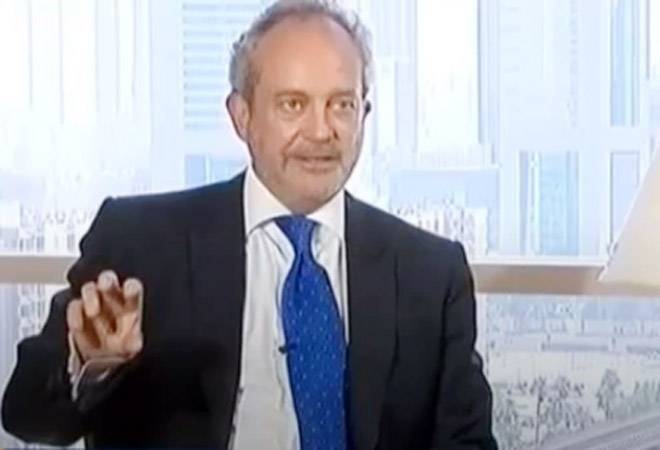 A top Dubai court Monday upheld a lower court's order to consider the possibility of extraditing British national and alleged middleman Christian Michel, who is wanted by Indian investigative agencies in the Rs 3,600 crore AgustaWestland VVIP choppers deal case, according to media reports.

Michel, 54, is currently behind bars in Dubai since he was arrested and sent into custody pending the legal and judicial procedure in the UAE.

The Dubai Court of Cassation dismissed the two objections filed by Michel's lawyers and upheld the Appellate Court's decision to consider the possibility of extraditing him to the competent Indian authorities.

However, there was no immediate official confirmation about the court's ruling in New Delhi.

On Monday, Michel's lawyer Abdul Moneim submitted documents showing that courts in Switzerland and Italy had ruled not to extradite his client.

"The judicial authorities there concluded there was no criminal element in the case," the lawyer argued.

Earlier, he argued at Dubai's highest court that the extradition request procedure of Michel would be a "violation" of the international treaty signed between the UAE and India.

Contesting the lower court's ruling, according to which his client could be extradited, the lawyer argued that the Indian authorities did not follow "the proper procedures" when requesting the extradition, the paper said.

"The request should have been filed by India's Ministry of Home Affairs rather than its Ministry of External Affairs," Abdul Moneim was quoted as saying.

He contended that the procedure was "flawed" since it did not comply with the clauses of the treaty signed on the issue, the paper said.

"Accordingly, the lower court order should be reversed," he argued.

The presiding judge dismissed Michel's appeal and accepted that of Dubai prosecutors and upheld the appeal court's order to approve the extradition, the Gulf News reported.

Michel filed his appeal before the Dubai Court of Cassation within 30 days after the lower court's ruling.

With Dubai's top court upholding the lower court's decision, it has become final but it will need approval from the UAE Minister of Justice for the extradition procedure to start.

The extradition procedure happens in coordination with the Interpol and the Criminal investigation Department.

Since the appellate court ruled on September 2 that he could be extradited, in response to a request filed by the Indian authorities to the UAE in connection with corruption-related charges, Michel lost his bail conditions, the Khaleej Times said.

Michel, whose passport had been seized by the judicial authorities in Dubai and had been granted release on bail, became 'wanted' on September 2, following the decision issued by the Dubai Court of Appeals.

Citing a source, the paper said Michel's extradition request had previously been closed administratively here as the necessary papers were not available then from India. Once his file was complete, the case was re-opened. He was summoned and confronted with the file afterwards.

India officially made the request to the Gulf nation in 2017 for his extradition, based on the criminal investigations conducted in the case by the CBI and the Enforcement Directorate (ED).

The ED, in its chargesheet filed against Michel in June 2016, had alleged that he received ?EUR 30 million (about Rs 225 crore) from AgustaWestland.

The money was nothing but "kickbacks" paid by the firm to execute the 12 helicopter deal in favour of the firm in "guise of" genuine transactions for performing multiple work contracts in the country, according to the chargesheet.

Michel is one of the three middlemen being probed in the case, besides Guido Haschke and Carlo Gerosa, by the ED and the CBI. Both the agencies have notified an Interpol red corner notice (RCN) against him after the court issued a non-bailable warrant against him.

The ED investigation found that remittances made by Michel through his Dubai-based firm Global Services to a media firm he floated in Delhi, along with two Indians, were made from the funds which he got from AgustaWestland through "criminal activity" and corruption being done in the chopper deal that led to the subsequent generation of proceeds of crime.

On January 1, 2014, India scrapped the contract with Italy-based Finmeccanica's British subsidiary AgustaWestland for supplying 12 AW-101 VVIP choppers to the IAF over alleged breach of contractual obligations and charges of paying kickbacks to the tune of Rs 423 crore by it for securing the deal.

The CBI has alleged there was an estimated loss of Euro 398.21 million (approximately Rs 2,666 crore) to the exchequer in the deal that was signed on February 8, 2010 for the supply of VVIP choppers worth Euro 556.262 million.

Xiaomi to launch Redmi Note 6 Pro: Here are 5 reasons why it'll be a winner