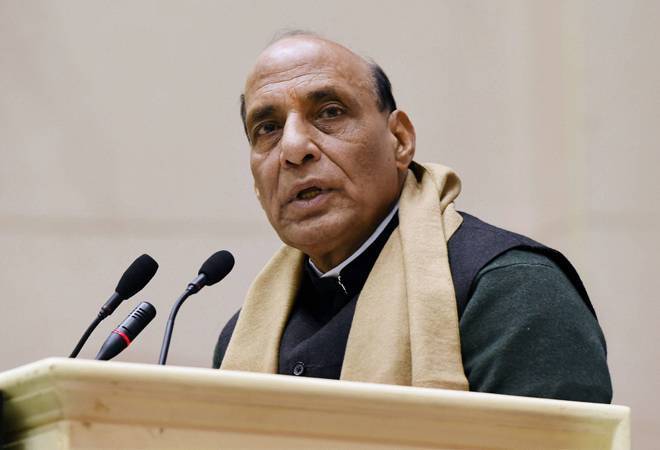 Defence Minister Rajnath Singh will embark on a five-day visit to Japan and South Korea beginning Sunday to ramp up bilateral strategic ties and explore the possibility of co-development of major military platforms.

Singh's first destination will be Tokyo where he will hold extensive talks with his Japanese counterpart Takeshi Iwaya besides meeting Prime Minister Shinzo Abe, officials said.

In reflection of their growing congruence in defence ties, India and Japan have already decided to go for joint development of military platforms, and specific proposals for such venture will be discussed during Singh's visit, they said.

The two sides are also expected to deliberate on the long-pending issue of supply of the US-2 amphibious aircraft by Japan to India.

"Entire spectrum of bilateral defence cooperation will be reviewed during the defence minister's visit to Japan," said a senior official.

The two sides are also likely to deliberate on the overall situation in the Indo-Pacific region where China has been increasing its military presence.

India, Japan and the US have been part of the annual Malabar maritime exercise which is aimed at achieving greater interoperability among the navies of the three countries.

Form Tokyo, Singh will travel to South Korean capital Seoul on September 4 where he will hold talks with the country's top military brass.

"The focus of the visit to South Korea will be to explore new areas of defence cooperation including co-development of military hardware," the official said.

Prime Minister Narendra Modi had visited South Korea in February during which both the countries decided to strengthen strategic ties.

The visit by Singh to Japan and South Korea comes amid rising tension between India and Pakistan over the Kashmir issue and officials said the defence minister is likely to appraise both the countries about Islamabad's "evil design" on Kashmir.