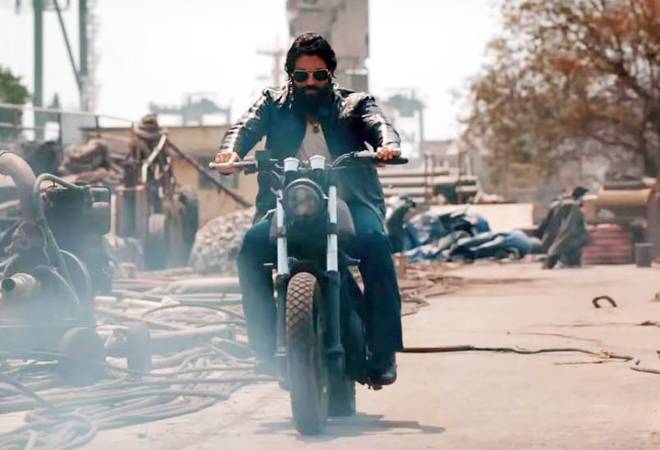 Yash's KGF: Chapter 1 has become the first film in the history of Kannada cinema to cross Rs 100 crore mark at the Karnataka box office. KGF is the first Kannada movie to release in 5 different Indian languages. Apart from Kannada, KGF was released in Hindi, Malayalam, Tamil and Telugu. And due to positive word of mouth from both critics and audiences, the Prashanth Neel directorial has turned out to be successful in all the languages it was released.

According to figures released by trade experts, KGF, in two weeks, has grossed over Rs 176 crore at the international box office. While the movie is minting most through its original Kannada version, the Hindi version is also performing well at the box office. KFG also witnessed a rise in its screen count from 780 in week 2 to 951 in week 3.

KGF's Hindi version has grossed over Rs 33 crore, which is Rs 18 crore more than its Telugu version. Additionally, Yash's film has made Rs 2 crore through its Malayalam version and Rs 7.30 crore in Tamil dubbed version. The movie has grossed over Rs 6 crore at overseas box office. However, KGF's Hindi version witnessed a decline in its collection after the release of Ranveer's Simmba on 28 December.

Prashanth's film is made on a budget of around Rs 80 crore and is the costliest Kannada movie to date. Both critics and audience have praised Yash's KGF for its raw content. Yash's movie has also managed to become the fourth highest grossing movie of South Indian cinema. However, it's still behind Prabhas's Baahubali series and Rajinikanth-Akshay Kumar's 2.0. However, the gangster-action-drama is expected to continue minting at the box office due to no big releases in this week.