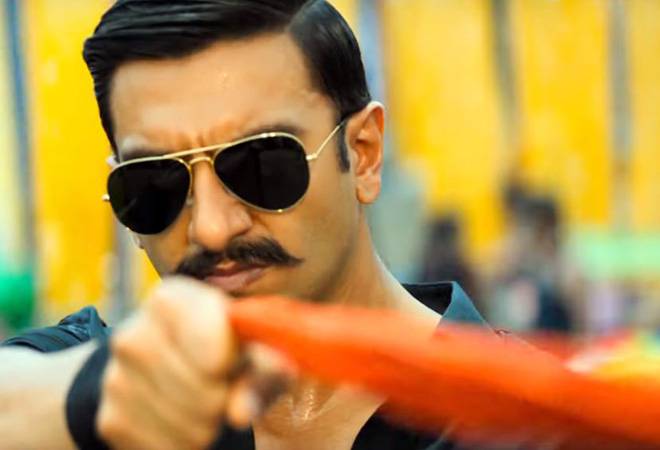 Ranveer Singh-Sara Ali Khan's Simmba has set the box office on fire. Rohit Shetty directorial has become a massive hit and has managed to gross over Rs 150 crore in its first week. The action-cop-drama is slowly making its way to the Rs 250-crore club.

Ranveer Singh's Simmba earned Rs 20.72 crore on its very first day and managed to collect Rs 23.33 crore on its second day. The movie made Rs 31.02 crore on its third day, therefore taking its total collection to Rs 75.11 crore in just three days. The film collected Rs 21.24 crore on Monday and raked over Rs 26 crore on 1st January.

Ranveer Singh's Simmba grossed Rs 14.49 crore and Rs 11.78 crore on Wednesday and Thursday respectively at the box office. Simmba made a total collection of Rs 150.81 crore at the domestic box office in one week and continues its strong run in its second week.

With no major release today, #Simmba is sure to dominate the marketplace... ₹ 200 cr mark is definitely within reach... Can even touch ₹ 250 cr, depending on how it trends from next week [11 Jan].

Rohit Shetty has co-produced Simmba along with Karan Johar, Hiroo Yash Johar and Apoorva Mehta under the banner of Rohit Shetty Picturez and Dharma Productions. Ranveer Singh's movie was released on December 28.

Simmba narrates the story of Sangram "Simmba" Bhalerao, a corrupt policeman. Bhalerao is forced to choose a more righteous path when the woman he considers his younger sister gets brutally raped and murdered. Simmba has received mixed reviews from the critics and the audience.