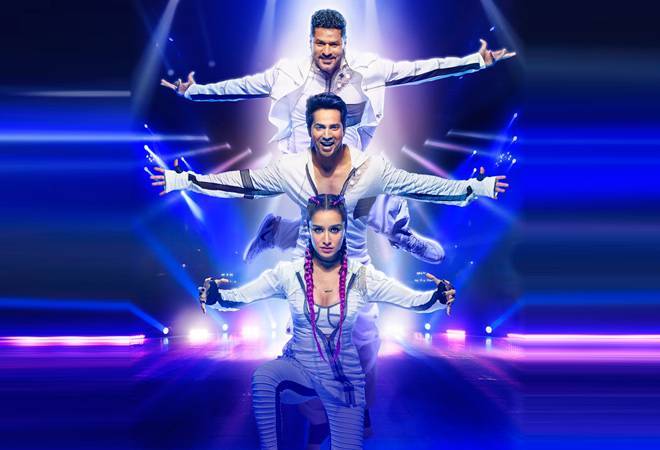 The Varun Dhawan and Shraddha Kapoor starrer Street Dancer 3D has witnessed decent footfalls in multiplexes as well as single screens. Remo D'Souza directorial film, which hit the screen on 24 January, has collected 62.18 crore at the box office till Saturday.

Looking at the recent trend, it is being speculated that the dance film will see rise in earnings over the weekend. Trade analyst Taran Adarsh summarised the movie's earnings throughout the week.

Street Dancer 3D, the third instalment of the ABCD franchise, had a decent opening at the box office, collection Rs 10.26 crore on opening day. The collections currently stand at Rs 62 crore approximately.

The dance-flick has witnessed a sharp decline in its weekdays' earnings as against its weekends' earnings. The film minted Rs 41.23 crore in its first weekend. However, in the weekdays (Mon-Friday), it has amassed merely Rs 15 crore. According to film analyst Taran Adrash, "Street Dancer 3D should have hit half-century over the weekend...Needs to improve its performance in Weekend 2 to stay afloat".

The earnings of Street Dancer 3D was severely impacted by Ajay Devgn starrer Tanhaji: The Unsung Warrior, which emerged as the biggest blockbuster of January 2020 with a recorded earning of Rs 235 crore in 20 days.

As of now, Street Dancer 3D is only ahead of Kangana Ranaut's Panga. Both the films released on January 24. Film Panga has failed miserably at the box office. Street Dancer 3D will clash with Saif Ali Khan starrr 'Jawaani Jaaneman' and Himesh Reshammiya's 'Happy Hardy and Heer' on January 31.