Student of the year 2 has launched two new actors, Tara Sutaria and Ananya Pandey. Ananya Pandey is the daughter of Chunky Pandey 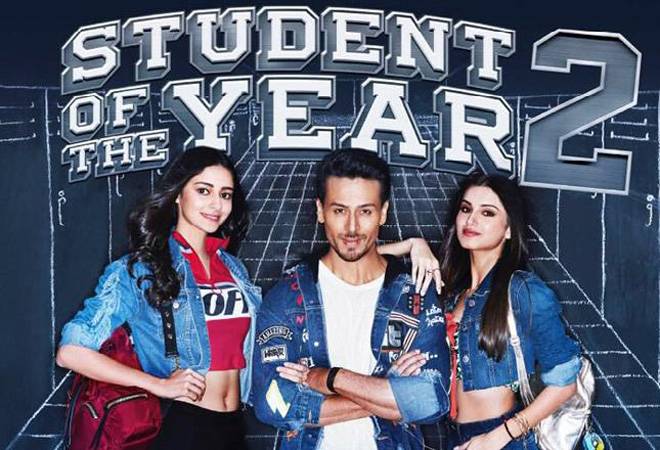 Karan Johar's much-awaited romantic teen-drama Student of The Year 2 (SOTY 2) is releasing this Friday. The film is a sequel to the 2012 release, Student of the Year, which launched Alia Bhatt, Sidarth Malhotra and Varun Dhawan in the Bollywood.

SOTY 2 will also launch two new actors, Tara Sutaria and Ananya Pandey. The film features Tiger Shroff in the lead role. SOTY 2 is written by Arshad Sayed and directed by Punit Malhotra. From trailer to cast, here's everything you need to know about SOTY 2.

Student of the Year 2 has the added pressure of surpassing the collections of its prequel. Student of the Year was one of the highest grossing Bollywood films of 2012. The part 1 collected an estimate of Rs 96 crore at the box office.

Trailer: The trailer of Student of the Year 2 was released by Karan Johar's Dharma Production on April 11. Till now, the trailer has received around 55 million views on YouTube. Two teaser posters of Tiger Shroff were released on 10 April. Another set of posters of Sutaria and Pandey were released on 11 April 2019. Karan Johar also organised a special screening for close friends and other actors a few days back. Student of the Year 2 is distributed by Fox Star Studios.

Sountrack: The film's soundtrack is composed by Vishal and Shekhar. The lyrics are written by Anvita Dutt Guptan, Kumaar and Vayu. The music is  released under Zee Music Company. The film has total six songs. Song 'Yeh Jawani hai Deewani' is a remix. It was originally composed by R D Burman and sung by Kishore Kumar in 1972 film Jawaani Deewani. Other songs of Student of the Year 2 are- 'Mumbai Dilli Di Kudiyaan', 'Fakira', 'Main Bhi NahinSoya' and  'Jat Ludhiyane Da'.