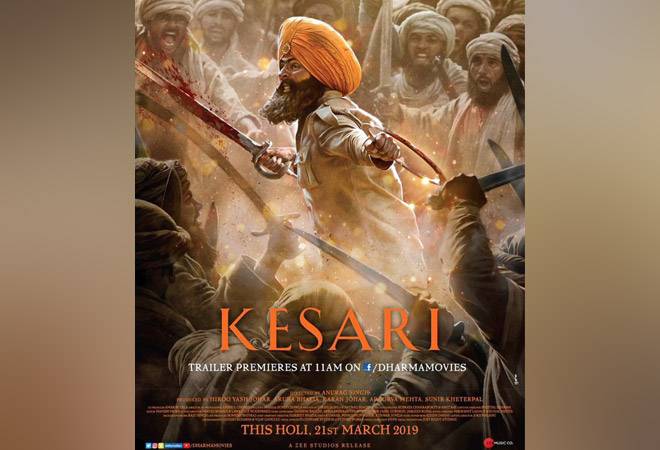 Akshay Kumar's Kesari will hit the screen on March 21.

Akshay Kumar starrer Kesari will hit the screens this week. Kesari is a true story based on the Battle of Saragarhi, fought in 1897. Touted as one of the bravest battle ever fought, 21 courageous Sikhs countered 10,000 invaders.

Kesari is made on a budget of Rs 80 crore budget and will be releasing in  4,000 screens across the country on Thursday March 21.

Trailer: The first look of Kesari was revealed by Akshay Kumar through his Twitter handle on 12 September 2018. The second look was released on the Republic Day on 26 January 2019 on Akshay's twitter handle.  On February 20, Dharma Production released the official trailer of the movie and till now over 37 million people have viewed the trailer on YouTube.