In the previous season, KBC 9, while a contestant came close no one claimed the top award of Rs 7 crore. 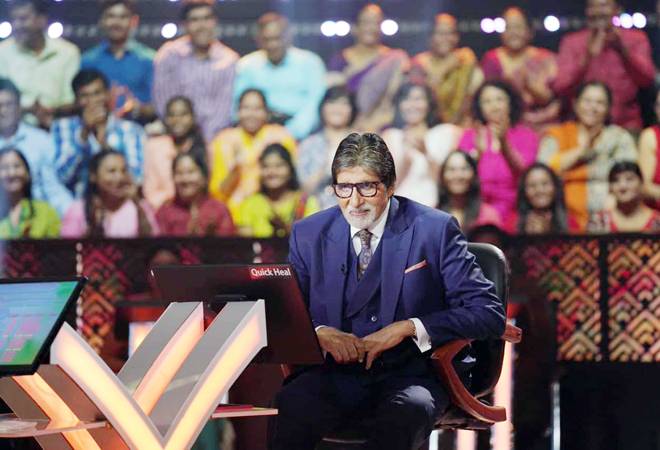 It is safe to say that Kaun Banega Crorepati is one of the country's most iconic shows and one that has managed to keep the audiences glued to the screen for an hour every night. There's hardly anyone who has not predicted the answers once Amitabh Bachchan reads out the question or someone who has not sighed at the contestants' missteps.

Kaun Banega Crorepati, the Indian version of American show, Who Wants To Be A Millionaire, is currently airing its tenth season. The season that started on September 4 has found its first crorepati. Binita Jain of Assam successfully answered the 14th question to win Rs 1 crore.

The actor and host can be seen congratulating the mother of two in a video. The episode that will be aired on October 2, Amitabh Bachchan can be seen asking her to proceed cautiously for the next question that can fetch her a whopping Rs 7 crore.

Jain is Season 10's first crorepati. Somesh Kumar, a ticket examiner from Bhagalpur, and Sandip Savaliya, a graphic designer based in Gujarat won Rs 25 lakh each in the current season. Both the contestants opted to quit the shot as they were unable to answer the 13th question.

In the previous season, KBC 9, no one claimed the top award of Rs 7 crore. A social worker from Jharkhand, Anamika Majumdar, took home an amount of Rs 1 crore. She was asked which artist was principally entrusted with the task of 'illuminating' the original document of the Constitution of India. She opted for Nandlal Bose that fetched her Rs 1 crore.