The 'hand of god' referred to a goal scored by Maradona during the match between Argentina and England on June 22, 1986 in Mexico 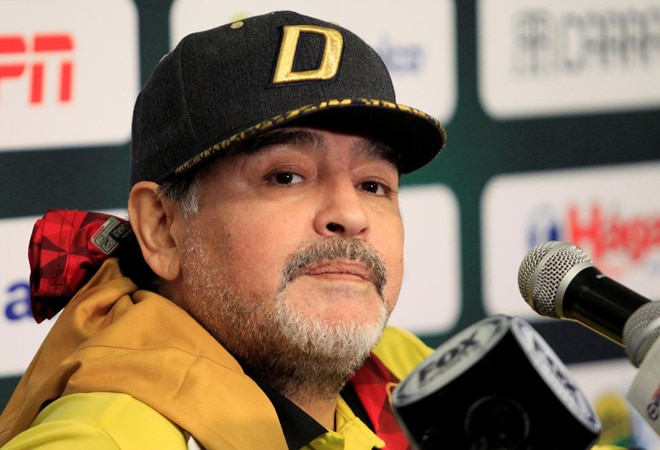 Football legend Diego Maradona, who died of a cardiac arrest on Wednesday at the age of 60, played an important role in seizing the 1986 World Cup for Argentina against England, which also included the well-known 'hand of god' remark.

The 'hand of god' referred to a goal scored by Maradona during the match between Argentina and England on June 22, 1986 in Mexico. Maradona had jumped to head the ball but ended up hitting it with his hand and went past the goalkeeper Peter Shilton to give Argentina a lead of 1-0 during the match.

The referees had overseen the handball moment and there was no technology to reverse a decision back in those days. The 1986 World Cup against England elevated Maradona to the status of a legend.

Maradona made one of the most iconic statements in the world of sports when English reporters asked him whether he had touched the ball by hand."A little with the head of Maradona and a little with the hand of God," Maradona quipped.

Many decades after the 'hand of god' moment, Maradona had expressed his desire to "score another goal against the English, this time with the right hand," in a conversation with France Football magazine ahead of his 60th birthday in October. Due to his unique style of playing the game and regular comparisons with the iconic Brazilian footballer Pele, Maradona was also idolised as 'Pibe de Oro' or 'Golden Boy' back in Argentina.