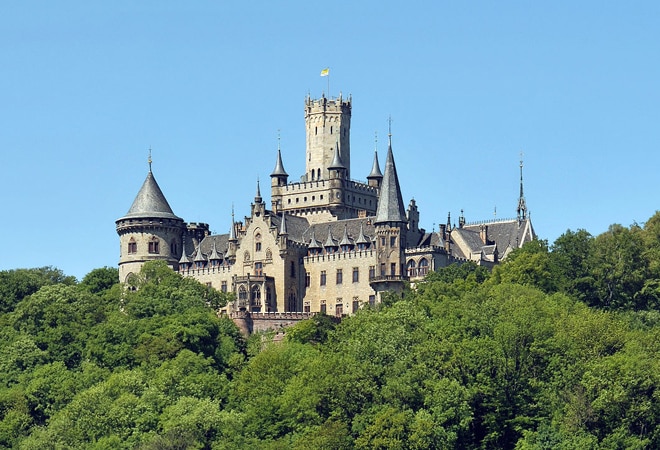 Prince Ernst August, head of the house of Hanover and husband of Princess Caroline of Monaco is dragging his son to court for selling the royal family's castle to the government for just one euro, i.e., Rs 87.98 only. Prince August has accused his son of 'going behind his back' in papers filed this week in the district court of Hanover.

He accused his son of improperly appropriating antiques and artworks owned by the family. The 66-year-old Prince transferred the reigns of the Marienburg castle and the neighbouring Calenburg estate to his son also called Ernst August in the mid-2000s. After this, the Duke of Braunschweig and Luneberg announced in 2018 that Marienburg castle would be sold to the government for a nominal fee.

The mid-nineteenth century Gothic-style castle was haemorrhaging money instead of being a profitable resource for the royal family. It was costing a lot to keep the doors open to around 200,000 visitors each day and required renovations pegged at around $2,79,10,960.

According to a DailyMail report, the younger Ernst called this a 'historic turning point' for the family. Germany's federal parliament Bundestag had already voted in favour of contributing $ 1,45,64,880 towards renovations, while around 100 paintings and other artefacts from the castle have been handed over to the Hanover state museum.

This, however, is not the first public spat for the aristocratic family. Ernst August senior has been in a long-standing conflict with his son over the family's properties.  Things reached a passe in 2017 when Ernst August senior refused to give his official consent to his son's marriage to Russian fashion designer Ekaterina Malysheva and avoided the wedding.