Union Budget 2019: The average budget allocation under UPA-II was around Rs 3,457 crore while actual expenditure stood nearly 19 per cent higher at over Rs 4,112 crore. On the other hand, under Modi, average expenditure totalled Rs 5,312 crore, exceeding the average allocation of around Rs 4,523 crore by 17.4 per cent. 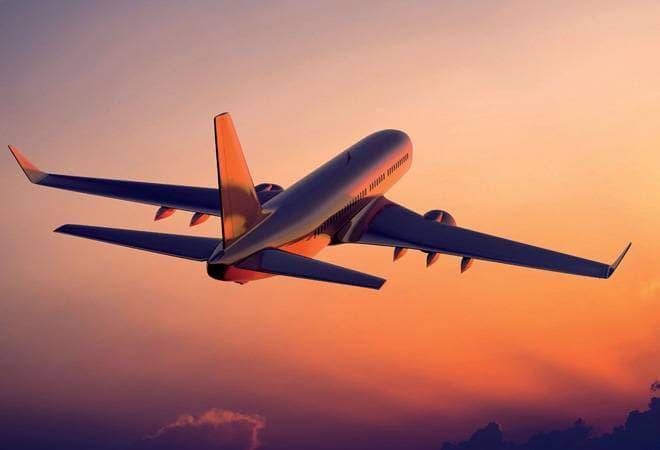 Union Budget 2019: India's domestic air traffic has been consistently posting double-digit growth in the past few years - the number of passengers has shot up threefold from 4.53 cr in 2009-10 to 14.03 cr in the last fiscal.

Union Budget 2019: India was the fastest growing aviation market in the world in 2018, despite headwinds such as surging oil prices and the falling rupee. In fact, domestic air traffic has been consistently posting double-digit growth in the past few years - the number of passengers has shot up threefold from 4.53 crore in 2009-10 to 14.03 crore in the last fiscal.

Amid this boom, the UPA-II as well as the Modi 1.0 government ended up exceeding their budget allocations for the civil aviation sector three times in their five-year terms. Between 2009-10 and 2013-14, the Manmohan Singh government allocated Rs 17,287 crore to this sector but the actual expenditure totalled Rs 20,563 crore. In comparison, the NDA government notched up expenditure to the tune of Rs 26,564 crore between FY15 and Fy19 against budget estimates totalling Rs 22,616 crore.

Here's another way to compare the two regimes: The average budget allocation under UPA-II was around Rs 3,457 crore while actual expenditure stood nearly 19 per cent higher at over Rs 4,112 crore. On the other hand, under Modi, average expenditure (Rs 5,312 crore) exceeded the average apportioned amount of around Rs 4,523 crore by 17.4 per cent. For the record, air passenger traffic grew by 9.2 per cent per year under the UPA-II regime while the NDA government did far better, posting an average growth rate of around 16 per cent.

All eyes are now on Finance Minister Nirmala Sitharaman to see what she can do to help the sector in the current turbulent times. Although the leading domestic airlines were able to benefit from Jet Airways' demise as well as factors such as subdued crude oil prices and a stable rupee-dollar exchange rate to post big profits in March quarter of the last fiscal, their balance sheets for the year are not looking good. SpiceJet reported net loss of Rs 316 crore in 2018-19 whereas IndiGo's net profits dropped 93 per cent to Rs 156.1 crore in the same period. Meanwhile, Air India has been staying afloat on government support for a long time now.

Worse still, experts say that the sector is heading towards the FY12-kind of profit-less growth situation, which led to the death of Kingfisher Airlines. There is just enough demand at the moment for airlines to fill up their seats but both IndiGo and SpiceJet have massive capacity expansion plans, which are not only unsustainable but will also add pressure on airfares.

"By the end of 2020, one more airline is likely to fail. The robust capacity additions have spoiled the party for Jet, and it will continue to hurt those in a weaker position," an aviation consultant said.

Against this backdrop, the nearly 32 per cent cut in the budget allocation to the civil aviation sector in the Interim Budget to Rs 4,500 crore, is disappointing. Moreover, this figure has nearly halved since the Modi government's first budget in 2014, which had set aside Rs 7,378 crore - the highest in the past decade - for this infrastructure vertical.