This government envisions using the rivers for cargo transportation, which will also help to decongest roads and railways 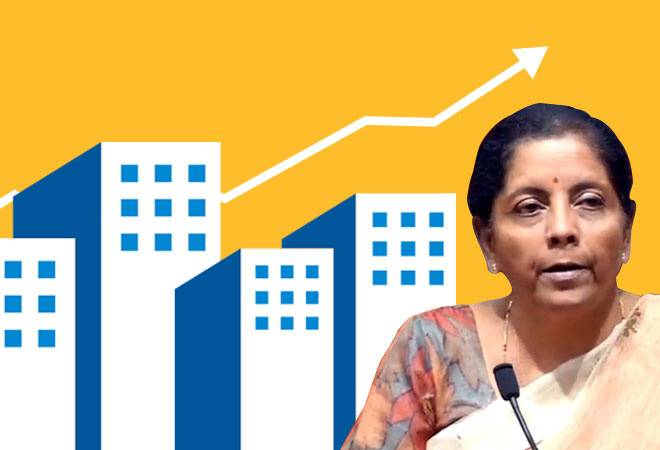 Tabling the Modi 2.0 government's maiden budget in Parliament, Sitharaman said infrastructure financing needs have been estimated at around Rs 20 lakh crore (USD 300 billion) a year and proposed to enhance the sources of capital for infrastructure financing including setting up a Credit Guarantee Enhancement Corporation for which regulations have been notified by the Reserve Bank of India.

Terming the connectivity as the lifeblood of the economy, the minister announced a slew of steps to scale up India's infrastructure programmes including augmenting 1,25,000 km of rural roads under the Pradhan Mantri Gram Sadak Yojana at a cost of Rs 80,250 crore and creating a national highways grid.

Stressing the need for an estimated investment of Rs 50 lakh crore for augmenting railways infrastructure, she said that steps were taken to boost infrastructure in sectors like roads, waterways, metro and rail besides emphasising on the measures for the self-reliant aviation industry.

Asserting that physical and social infrastructure has to be built, Sitharaman said: "The common man was served even as major transformational reforms were being rolled out. And for this to continue we need to invest heavily in infrastructure, in digital economy and on job creation in small and medium firms."

While the industrial corridors would improve infrastructure availability for greater industrial investment in the catchment regions, the dedicated freight corridors would mitigate the congestion of railway network benefitting the common man, she said.

"The ambitious programme of Bharatmala would help develop national road corridors and highways, while Sagarmala would enhance port connectivity, modernisation and port-linked industrialisation. If Sagarmala is aimed at improving the infrastructure for external trade, equally it is the poor man's transport too. Waterways are proven as a cheap mode of transport," she said.

The Jal Marg Vikas project for capacity augmentation of navigation on national waterways is aimed at smoothening internal trade carried through inland water transport. These initiatives will improve logistics tremendously, reducing the cost of transportation and increasing the competitiveness of domestically produced goods, she added.

Sitharaman said with the changing economic scenario, it is important to upgrade roads connecting villages to rural markets and for this PMGSY-III is envisaged to upgrade 1,25,000 km of road length over the next five years, with an estimated cost of Rs 80,250 crore.

Saying that the schemes like UDAN were bridging rural-urban divide, She said as the world's third largest domestic aviation market, the time was ripe for India to enter into aircraft financing and leasing activities from Indian shores.

About metro rail projects, she said a total route length of 300 kilometres have been approved during 2018-19 and 657 km of the metro rail network has become operational in the country.

The finance minister said India's first indigenously developed payment ecosystem for transport, based on National Common Mobility Card (NCMC) standards, launched by the Prime Minister in March 2019 will enable people to pay multiple kinds of transport charges, including metro services and toll tax, across the country.

About highways, she said the government will carry out a comprehensive restructuring of National Highway Programme to ensure that the National Highway Grid of desirable length and capacity is created.

On waterways, she said the country needs to develop it to shift a significant portion of inland cargo movement from road and rail.

This government envisions using the rivers for cargo transportation, which will also help to decongest roads and railways, she added.

As part of the Jal Marg Vikas Project for enhancing the navigational capacity of Ganga, a multi-modal terminal at Varanasi has become functional in November 2018 and two more terminals at Sahibganj and Haldia would be completed in 2019-20, Sitharaman said.

"The movement of cargo volume on Ganga is estimated to increase by nearly four times in the next four years. This will make movement of freight, passenger cheaper and reduce our import bill," Sitharaman said.

The budget estimated railway infrastructure would need an investment of Rs 50 lakh crore between 2018-2030.

The minister also said that large public infrastructure can be built on land parcels held by central ministries and Central Public Sector Enterprises across the country.

Stressing the need for innovative financing for infrastructure, she said India has had reasonable success in brownfield asset monetisation and additionally, NHAI carried out one ToT (toll operate transfer) transaction garnering Rs 24,000 crore.

Highlighting PMGSY, Sitharaman said it has brought many socio-economic gains in the rural areas and all weather connectivity has now been provided to over 97 per cent of such habitations.