Union Budget 2019: If this announcement is made, then a lot of taxpayers would be affected by the change; Sitharaman may have many other surprises in her budget 'red bag' 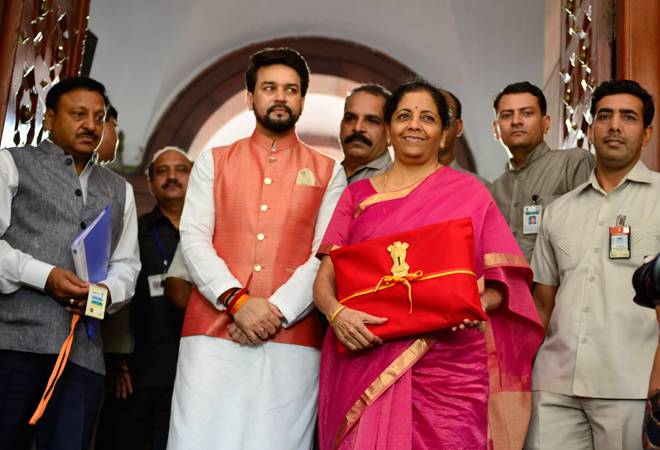 Union Budget 2019: Sitharaman may have many other surprises in her budget 'red bag'.

The Modi 2.0 government's Union budget 2019 may be all about the middle class people. Union Finance Minister Nirmala Sitharaman's maiden Budget is expected to bring cheers to the middle class taxpayers by raising basic tax exemption limit to Rs 3 lakh from Rs 2.5 lakh. Reports say Nirmala will announce these sops to provide relief to small taxpayers and to cover inflationary impact. If this announcement is made, then a lot of taxpayers would be affected by the change.

In the Interim Budget, then Finance Minister Piyush Goyal had announced income tax rebate for individual taxpayers with taxable annual income up to Rs 5 lakh. However, the BJP government had decided to keep the basic exemption limit unchanged.

For homebuyers, the government will increase the tax deduction limit on interest on home loans to Rs 2.5 lakh a year from the present Rs 2 lakh limit, the agency claimed.

To make her first budget as inclusive as possible, Sitharaman had crowdsourced ideas as well, and relief to the salaried class is believed to be high on her budget agenda today. The Economic Survey which is traditionally released a day before the Budget mentioned yesterday that the government also needs to pump in new investments.