The Budget to be presented on Friday is expected to boost spending at the cost of short-term slippage in fiscal deficit targets as she lays down the Modi 2.0 government's road map for the economy and the nation in the next five years. 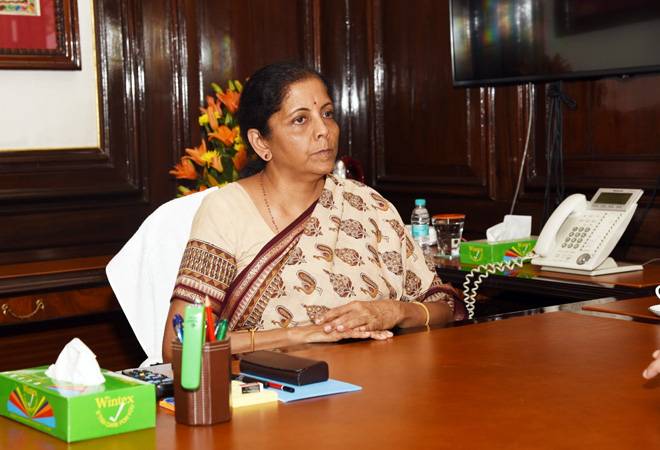 A mini-stimulus to take the economy out of five-year low alongside giving some tax relief to common man may be on the cards, as Finance Minister Nirmala Sitharaman does a tightrope walk balancing the needs of the economy and fiscal constraints in her maiden Budget to be presented today, June 5.

The Budget to be presented on Friday is expected to boost spending at the cost of short-term slippage in fiscal deficit targets as she lays down the Modi 2.0 government's road map for the economy and the nation in the next five years.

Some believe she may give relief to the common man by raising personal income tax threshold for certain categories while at the same time, upping spending on agriculture, healthcare and social sectors.

Also, there is expected to be a big push for infrastructure spending including on roads and railways to drive growth which had slowed to a five-year low of 5.8 per cent in the first three months of 2019 -- well below China's 6.4 per cent. The slowdown is also reflected in high-frequency numbers such as IIP and automobile sales numbers.

The economy has also been impacted by slowing trade, rising protectionism, trade conflict between the United States and China, Brexit, US sanctions on Russia, Iran and Venezuela impacted the domestic economy.

The sluggishness in the economy has led to expectations of the budget containing further stimulus measures to boost the growth through new policy initiatives and continued reforms to achieve accelerated growth and increase in employment.

This may be in the form of a combination of capital infusion in the public sector banks, removing the roadblocks that have crept into the Insolvency and Bankruptcy Code process, providing liquidity to non-bank financial companies (NBFCs), address the agrarian crisis and step up allocations for infrastructure and social sectors.

But, the combined effect of all these would be that the budget deficit may widen to 3.5 per cent of gross domestic product (GDP) in 2019-20 that began on April 1, instead of 3.4 per cent target.

For Sitharaman, the biggest constraining factor is lower-than-expected growth in tax revenues, particularly those of the goods and services tax (GST), something she may look to bridge through aggressive stake sale in PSUs, higher dividend from the RBI, rollover of some FY20 expenditure to FY21, cut back in plan expenditure and increase in off-balance sheet expenditure with portion of subsidies being transferred to state-owned enterprise balance sheet.

The scope of the Pradhan Mantri Kisan Samman Nidhi (PM-KISAN) was also recently expanded to cover all farmers which would lead to an increase in outlays from the earlier budgeted Rs 75,000 crore to Rs 90,000 crore along with a new pension scheme. At the same time, she has to live up to the relief promised to small taxpayers in the Interim Budget in February.

Besides, monsoon has been erratic with a 33 per cent deficit rainfall in June, which has slowed Kharif crop sowing.

In an economy that is losing growth momentum, all this bring the tightrope walk of balancing growth with fiscal prudence to the fore.