All the sector indices closed in red, with realty index declining over 7.5%, media by 4.4%, metal, PSU Bank and financial services by 4%. Over 3% decline was seen in banking and auto shares, while FMCG and pharma fell over 1%. 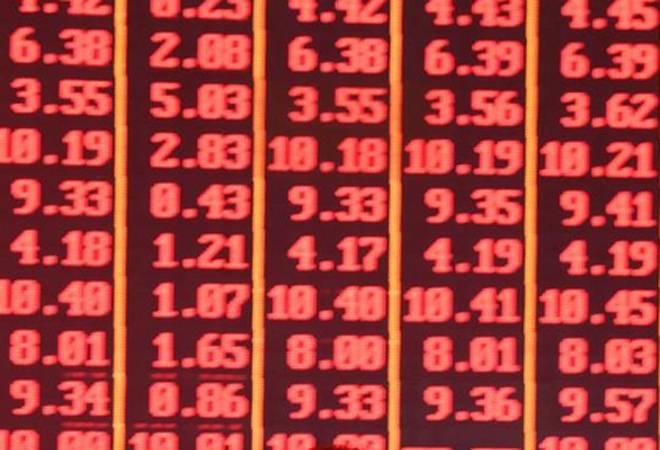 Finance Minister Nirmala Sitharaman's Budget speech failed to lift stock market investor sentiment, with BSE Sensex crashing over 1,000 points and NSE Nifty falling below the 11,650 mark. According to market analyst, stock market fell into the bearish territory today as the Budget was non-event as it does not announced specific sops for any sector, be it auto or real estate, which was expected to create demand in the economy and lift investor sentiment. Further, no relief from LTCG tax also injected negativity in the market.

"The markets have reacted negatively to the Budget, mainly due to some disappointments on account of non-abolition of LTCG, confusion about the impact of DDT removal and taxing dividends in the hands of recipients," said Dhiraj Relli, MD & CEO at HDFC Securities.

On the sectoral front, all indices recorded heavy investors selloff, except IT. All the indices closed in red, with realty index declining over 7.5%, media by 4.4%, metal, PSU Bank and financial services by 4%. Over 3% decline was seen in banking and auto shares, while FMCG and pharma fell over 1%.

Vikas Jain, Senior Research Analyst, Reliance Securities said, "There was disappointment from global markets and from budget too. Except for personal tax brackets, there was no major boost for any industries. Key support levels of 11,850 being broken which put further pressure on broader markets."

"The cut in direct tax rates should benefit the middle income, however, if it is enough to create the necessary consumption demand, will need to be seen. The pre-budget promise of the Government was to revive the animal spirits in the market, but the response is far from it", said Jaspal Bindra, Executive Chairman, Centrum Group.

Sitharaman during her Budget 2020 speech said Dividend Distribution Tax has been removed and will be applicable to individual investors only. Currently, companies are required to pay DDT on the dividend paid to its shareholders at the rate of 15 per cent plus applicable surcharge and cess, which is in addition to the tax payable by the company on its profits.

Speaking on DDT amendment, Gaurav Dua, Sr. VP, Head - Capital Market & Investments from Sharekhan said, "Abolishing of DDT and taxing it in the hands of the recipient will result in higher tax outgo for many retail investors. Currently, the effective DDT rate stands at 20.35% (including surcharge and cess) this will increase substantially increase the tax outgo for retail investors in higher tax slab of 20% (and more) and accordingly taken negatively by the equity markets. Even the holding companies could be adversely impacted on the tax outgo for the dividends received from their subsidiaries or investee companies."

FM Nirmala Sitharaman also said the government is setting up large solar panel capacity alongside the railway tracks on land owned by railways, a proposal which is under consideration. She added that PM KUSUM will be expanded to provide solar pumps to 2 million farmers. Following this announcement, shares of Solar companies such as Adani Green Energy, Suzlon Energy ended 2% higher, while Solar Industries closed 3% on BSE.

Logistics shares also rose after FM proposed to build a seamless national cold storage chain and added that the National Bank for Agriculture and Rural Development (Nabard) will map and geotag the warehouses and cold storages. FM also proposed national logistic policy, to create a single-window e-logistics market. Blue Dart, Gati and Mahindra Logistics and Aegis Logistics were the major gainers from the sector.

The government also proposed to sell part of government holding in LIC through listing of shares on exchange. IDBI shares gained 17% intraday after the FM announced proposes to sell remaining government stake in IDBI Bank to private investors and institutions.

Shares of IRCTC rose 120 points or 10% to a new all-time high of Rs 1,332 after the FM said, "to build a seamless national cold supply chain for perishables, Indian Railways will set up Kisan Rail through PPP model so that perishable goods can be transported quickly. Krishi Udaan will be launched by MoCA on international and national routes."