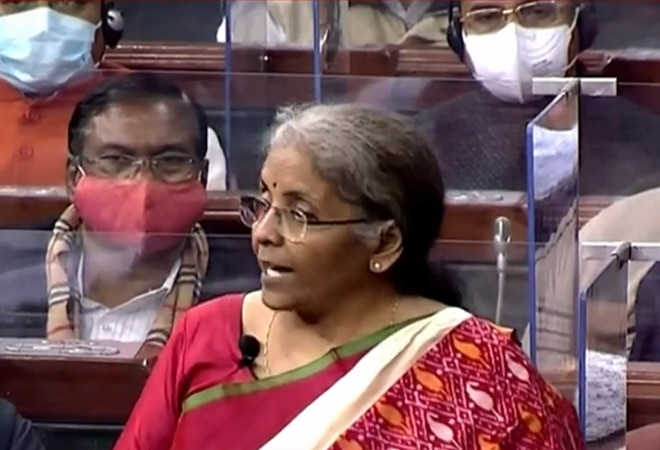 The Finance Minister quoted Rabindranath Tagore and said, "Faith is the bird that feels the light and sings when the dawn is still dark."

In this spirit, she said, she "can't help but recall the joy that we as a Cricket loving nation felt after Team India's recent spectacular success in Australia."

Indian cricket team registered a historic win defeating Australia at the Gabba for the first time since 1988. Australia had last lost a Test in Gabba 32 years ago against West Indies.

The Finance Minister was seen this morning entering the Parliament house with a made in India red tablet instead of the 'bahi-khata' which she introduced in 2019 replacing the traditional leather briefcase.

This year the budget is paperless for the first time. The budget is being presented in the backdrop of a severe economic crisis brought about by the coronavirus pandemic.

Budget 2021: No restriction on 1-person co's paid up capital, turnover

No need for senior citizens above 75 years with only pension, interest income to file ITR