Taming inflation will help bring consumption back on track: India Inc at WEF

The recent cut in excise duty on fossil fuels is step in the right direction; private capex is finally coming back and will boost Indian economy.

Tackling the surging cost of commodities and daily consumed items should be the top most priority for the government and the Reserve Bank of India (RBI) that will help India come back to the growth path. While COVID-induced disruptions, followed by the Russia-Ukraine war have led us to an uncertain world, Indian economy is set to grow in the mid-to-long term if current challenges are turned into opportunities, said a group of corporate leaders at the World Economic Forum (WEF) 2022 at Davos.

In a panel, comprising Amitabh Kant, CEO, NITI Aayog, Saniv Bajaj, President of Confederation of Indian Industries (CII) and CMD, Bajaj Finserv, Amitabh Chaudhry, MD & CEO, Axis Bank, TV Narendran, Global CEO & MD of Tata Steel and Adar Poonawala, CEO, Serum Institute of India told Business Today that while future is difficult to gauge amid the current uncertainties, India may emerge as an alternative to China in the world stage when it comes to manufacturing. 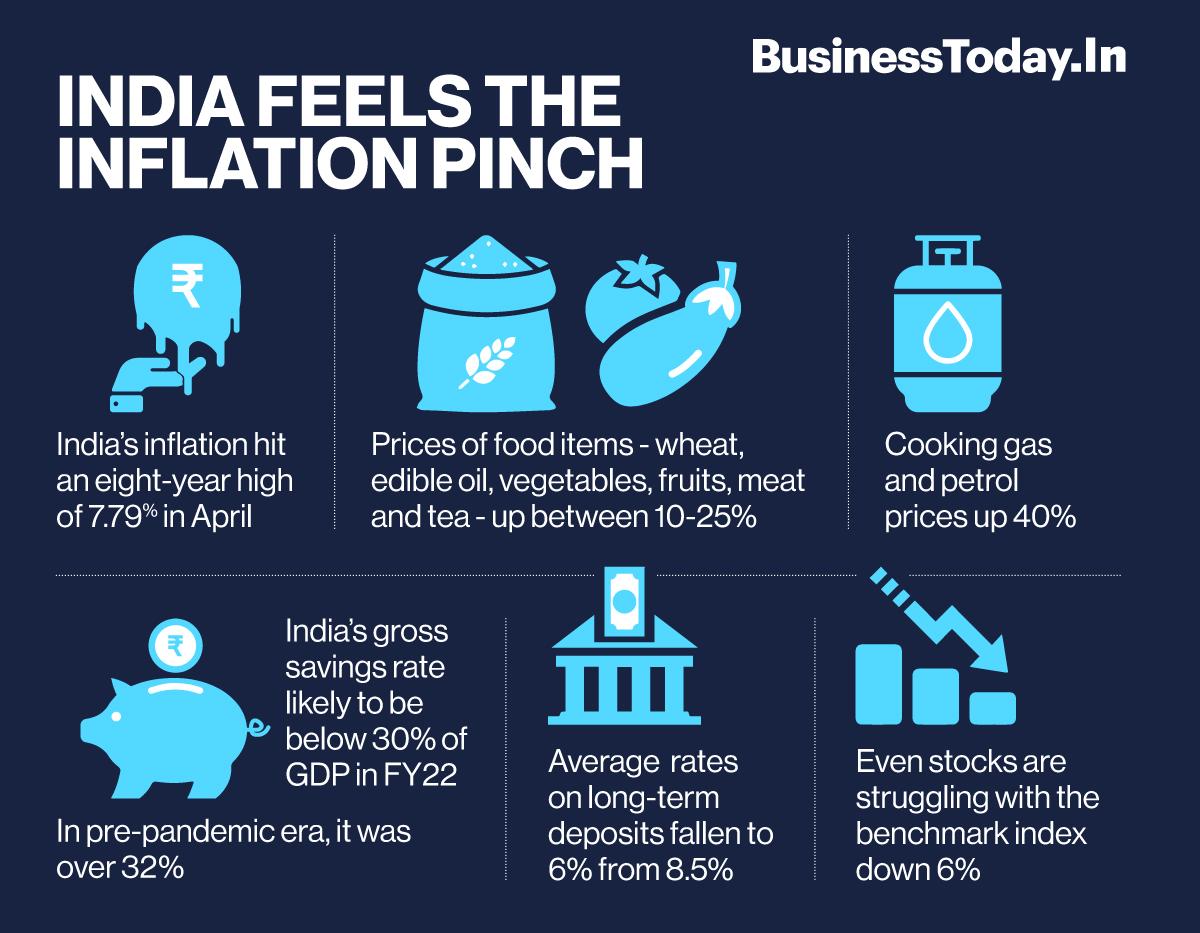 According to Sanjiv Bajaj, economic growth will come back soon. “The inflation is being tamed; RBI is already working on it. The government has reduced the excise duty on fuels in consonance with the CII’s demand. Private capex has not been to the level at which it should have been for the past few years but that is also coming back now. So, its a matter of time before growth starts coming back”, he  told BT at Davos, Switzerland on the sidelines of the WEF.

Amitabh Chaudhry, Chief Executive Officer and Managing Director of Axis Bank sees the private capex cycle is still a bit far away. “In April and May, we have seen borrowings grow by double digits after quite some time. But its mostly the retail loans availed by the micro, small and medium scale industries. The Ukraine war and resulting uncertainties is pushing the large scale private investments beyond the time we would like to see”, he said.

According to Amitabh Kant, CEO of NITI Aayog, the apex government think tank, large-scale structural reforms that have been implemented by the government in recent years takes time to reflect on ground. “The production lined incentive (PLI) scheme launched in 14 sectors have attracted huge interest from private enterprises already. It is not about next few years but about the next three decades. We have grown at high rates in the past but for brief periods. Now we need to do this consistently. The buzz is very positive for India at WEF”, said Kant.

However, the government’s latest moves to turn India into a manufacturing hub and compete with China has hurdles ahead. As China already enjoys significant advantage in terms of economies of scale and is an established player in many of the sectors and/or industries where India is attempting to gain an edge, it will not be easy to beat the Dragon on its own game.

TV Narendran, Global CEO and MD, Tata Steel feels the Government of India’s thrust on infrastructure development could be a game changer. “We are moving in the right direction. The government is spending 30-35 per cent higher in infra development which will help bring down the cost of logistics. Currently, it is at 11-12 per cent (of the total cost) while it should be between 7-8 per cent. So, while the industry is gaining competitiveness inside their factory gates the government is supplementing outside”, he told Business Today.