Here's your chance to own a vintage car; Big Boy Toyz's online auction begins on Sunday

The auction will start with the iconic Volkswagen Beetle 1960, for which the bidding will start from Re 1. The Beetle will be offered without reserve and will be sold at the final bid price.

The auction result will be announced on January 8, 2022 from 3 pm onwards.

In the world of electric and self-driving cars, vintage cars with their hand-crafted interiors and old-world charm have their own fan following. Collectors scout around, always in search for that one gem that is an extension of their personality. However, buying and selling of vintage cars in the country is highly unorganised, and most people don't know where to start looking for one. It is this gap in the market that Gurgaon-based Big Boy Toyz (BBT), that specialises in pre-owned luxury and imported cars, is targeting by venturing into the online auction of vintage and classic cars. The auction, which goes live on December 19 at noon, has over 20 cars with brands such as Rolls Royce, Bentley, Cadillac, Austin, Land Rover, Buick, Mercedes, Chevrolet among others.

The auction will start with the iconic Volkswagen Beetle 1960, for which the bidding will start from Re 1. The Beetle will be offered without reserve and will be sold at the final bid price.

The auction result will be announced on January 8, 2022 from 3 pm onwards. Bidders can visit the BBT showroom in Gurgaon to check out the collection before bidding, or experience a 360-degree view of the cars on the website. BBT also has a dedicated helpline to assist bidders and provide information.

In order to participate in the auction, bidders need to deposit either Rs 1 lakh (allowing them to bid for two cars, each having an estimated value of Rs 50 lakh), or Rs 2 lakh whereby they can bid for up to four cars, with no upper limit.

Jatin Ahuja, founder and CEO of Big Boy Toyz says that the auction of vintage cars will become a regular feature at BBT and that they hope to make it a Rs 100 crore vertical soon. BBT currently sells between 35 and 40 pre-owned luxury cars monthly with an average price of Rs 1 crore. It has an annual turnover of Rs 250 crore.

Check out some of the highlights of the vintage car auction:

The Volkswagen AG known internationally as the Volkswagen Group, is a German multinational automotive manufacturing corporation headquartered in Wolfsburg, Germany. Founded in Berlin as the "Limited Liability Company for the preparation of the German People's Car", the purpose of the company was to manufacture the Volkswagen car, commonly called the Volkswagen Beetle. 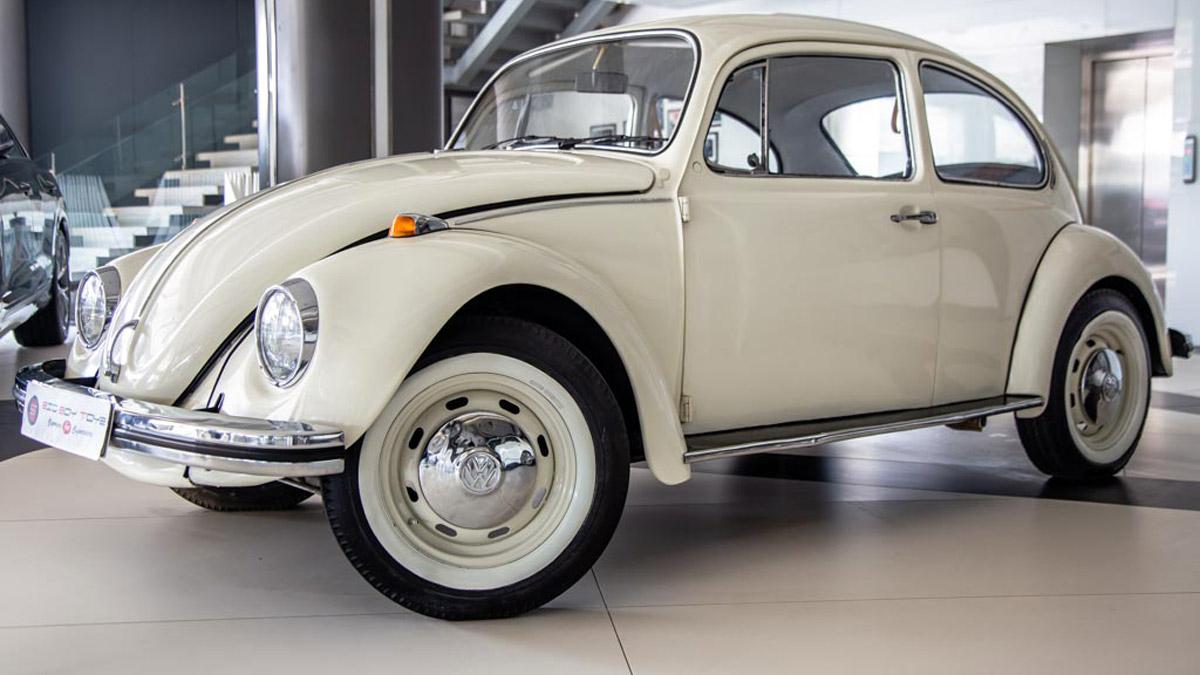 Derived from the German word "Kafer" meaning a bug, it got nicknamed the Beetle. It's a 2-door, rear-engine, air-cooled, economy car, also known as the 'People's Car'. This particular model is in a milky-white shade. 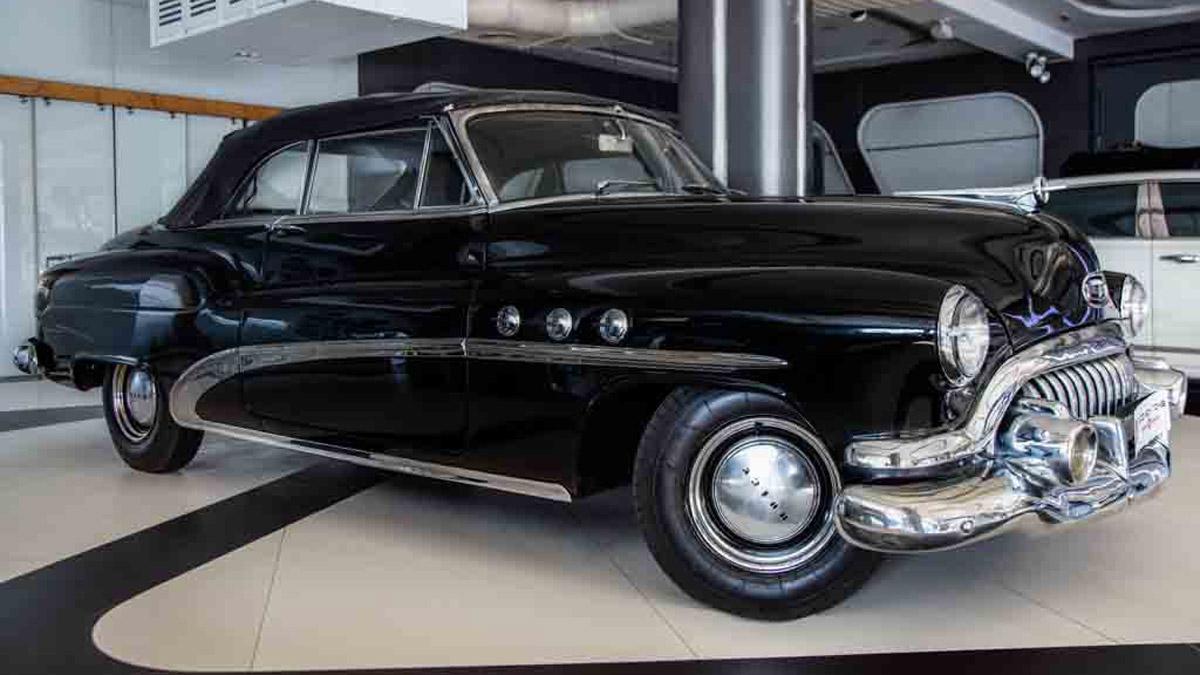 The Buick Super Eight convertible was often considered one of the flashiest cars of its time. The one up for auction is in a shade of black with black leather seats and a grey interior. It has a pop-art grille and chrome bumpers. With its tailfins and quarter glasses, it is right out of a 1950s Hollywood classic. In 1968, Buick launched the Skylark Gran Sport -- a high performance car that was both powerful and luxurious at the same time. The one up for auction has a two tone exterior in white and blue. The interiors are blue leather with a wooden steering wheel and an original stereo by Buick.

The pinnacle of pre-war Cadillac styling, the V-12 powered car was a top-of-the-line manufactured by Cadillac from 1931 to 1937. The one up for auction is beautifully finished in a shade of solid silver and maroon colour. The interior is finished in maroon leather. It is accessorised with two huge exposed fog lamps, chrome mirrors and a huge luggage rack with a luggage box on the rear end.

Jaguar was set up as the Swallow Sidecar Company in 1922, originally making motorcycle sidecars before developing bodies for passenger cars. The company's name was changed from S. S. Cars to Jaguar Cars in 1945. 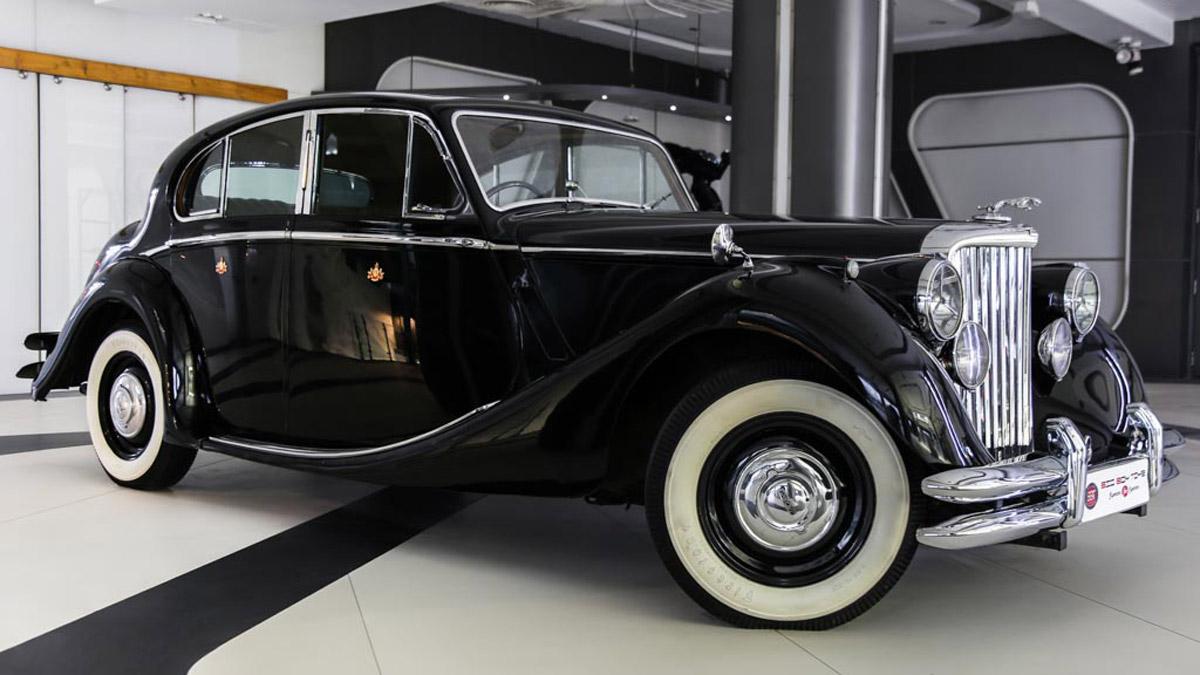 The Mark V was built in England from 1948 to 1951. The Mark V up for auction is a four-door saloon (sedan) version seating five adults. It's a black car with tan leather upholstery. It has an upright chrome grille and the leaping Jaguar radiator cap mascot.