Mahindra Xylo, Verito, Vibe, Nuvosport to be discontinued by 2020, new SUVs in offing

Mahindra & Mahindra is planning to phase out some of its slow-selling models instead of refitting them to meet stricter emission and crash safety parameters. The sports utility vehicle specialist will cut investments in certain models within 18-24 months after the units in markets are sold out. While Mahindra has not confirmed the list of models that will be discontinued, a Moneycontrol report suggests that the Indian car manufacturer will cut investments on Xylo MPV, Verito sedan, Verito Vibe notchback and Nuvosport compact SUV.

This is Mahindra's preparation for the upcoming Bharat Stage VII norms and new crash safety standards. The BS-VI norms will be rolled out across India on April 1, 2020, whereas the new crash safety norms will be implemented from July 1, 2019. Not only Mahindra, even other companies are unwilling to upgrade their older models which are not performing well sales-wise. Being the cheaper option, older models will be replaced by new ones instead of getting improvements.

"We have to meet BS-VI in all of our products. We have already made a decision on dropping some products when we go to BS-VI, which are low volume products. And we have to invest in all the safety regulations that are coming in and therefore there is no letting up of investment in those areas," Mahindra MD Dr Pawan Goenka was quoted in the report.

Mahindra Xylo will most likely be replaced by TUV300 Plus which Mahindra has been testing in India for some time now. The new MPV has been based on the sub-four meter TUV300 SUV and uses the 2.0-litre mHawk turbocharged diesel engine. With an extended rear in comparison to its inspiration, the TUV300 Plus could seat up to 9 passengers. The Mahindra Nuvosport compact SUV has not been popular among buyers from the get-go. Ssangyong Tivoli-based Mahindra S201 compact SUV, which has been seen test running on Indian roads a while back, could be a likely replacement for the Nuvosport.

Mahindra Verito Vibe notchback has always been a slow-seller, and even the Verito sedan is not posting good sales lately. While Verito had been popular among commercial buyers, new competition has been eating into its sales. The company might continue to produce eVerito, the electric avatar of the sedan, given the catching popularity of the segment. However, Mahindra Bolero, one of the most popular vehicles from the India auto giant, will receive upgrades to meet the stricter crash safety norms, though. As per government mandate, all cars should have airbags and ABS by July 1, 2019, which will not be a problem with Bolero, Goenka said. 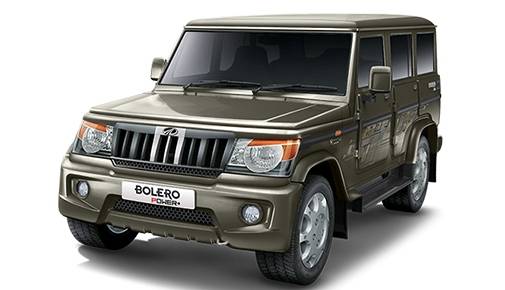 Also, Mahindra has plans to introduce new offerings into the Indian market during the coming financial year. The company will launch a new MPV, codenamed U321, to rival the Toyota Innova Crysta. Mahindra will also bring the Ssangyong G4 Rexton with its own badging, and expectedly a new brand name, to compete in the premium SUV segment. The Tivoli-based Mahindra S201 compact SUV and Mahindra KUV100 electric are also expected to land in markets in the next fiscal.