The new Triumph Tiger 1200, which made its global debut in late 2021, is available in four variants — GT Pro, Rally Pro, GT Explorer and Rally Explorer — in India.

The new Triumph Tiger 1200, which made its global debut in late 2021, is available in four variants — GT Pro, Rally Pro, GT Explorer and Rally Explorer — in India. Triumph’s new Tiger 1200 will go up against the likes of BMW R 1250 GS, Harley-Davidson Pan America, and Ducati Multistrada. 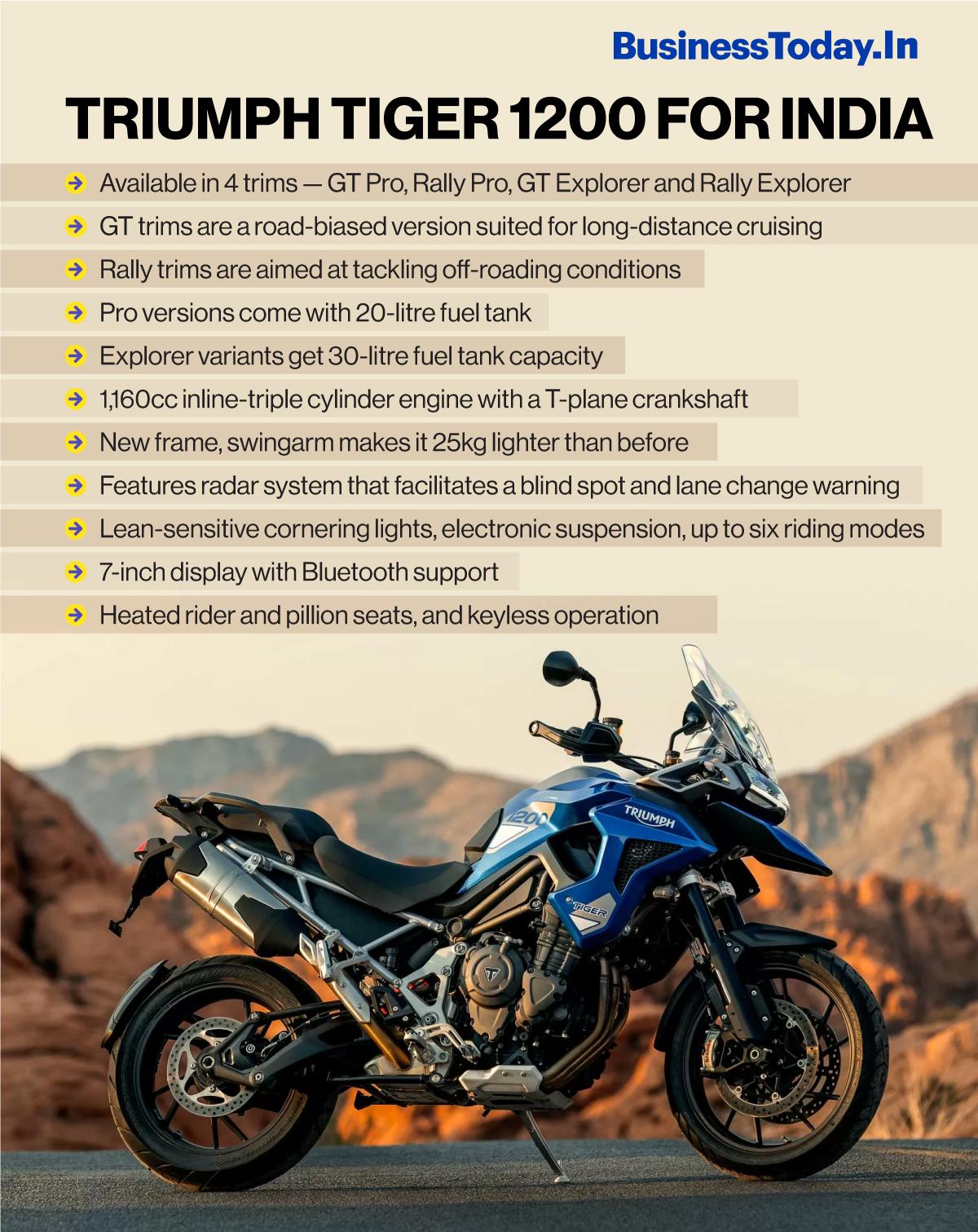 The new Tiger 1200 gets its power through a 1,160cc inline-triple cylinder engine with a T-plane crankshaft, which churns out 148 bhp and 130 Nm of torque. The bike also gets a 6-speed gearbox with a slip and assist clutch.

The new bike is also 25kg lighter than its predecessor. The company has managed to reduce the weight of the bike by using a new frame, a double-sided swingarm and an aluminium fuel tank. As per the Triumph, the GT Pro trim weighs 245kg, Rally Pro weighs 249kg, GT Explorer weighs 255kg and Rally Explorer weighs 261kg.

In addition to these, the Explorer variants of the new bike also get bells and whistles like a tyre-pressure monitoring system and heated rider and pillion seats.

The new Tiger 1200’s braking duties are performed by twin 320mm floating discs at the front and a single 280mm disc at the rear, along with Brembo callipers. The new bike is also equipped with a dual-channel ABS.

All four variants of the new Tiger 1200, in terms of suspension setup, come with 49mm Showa USD forks at the front and a Showa semi-active mono-shock unit at the rear. The only difference is that in the GT versions, this suspension setup offers 200mm of travel whereas in the Rally trims it offers a longer displacement of 220mm.