With over Rs 11,000 crore debt and an impending $172 million FCCB payout next month, Suzlon is negotiating with lenders and potential investors 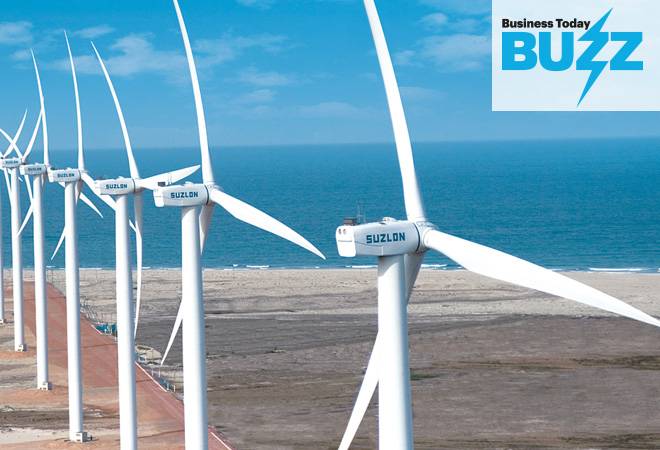 The Pune-based wind major is struggling to raise funds to make payments for convertible bonds worth $172 million due next month.

Wind energy major Suzlon's financial woes are getting worse from bad. The Chairman and Managing Director Tulsi Tanti and his family are staring at the possibility of losing management control. The Pune-based wind major, which had a consolidated net term debt of Rs 7,761 crore and a working capital debt of Rs 3,380 crore by the end of 2018-19, is struggling to raise funds to make payments for convertible bonds worth $172 million due next month.

Recent news reports stated that the company is in discussion with the Canadian investment firm Brookfield Asset Management for a stake sale after its attempts to sell stakes to another wind energy major did not materialise. Reportedly, Brookfield is eyeing a majority stake in the company and discussions are on for a one-time settlement plan with creditors to restructure outstanding bank loans. Reports say Brookfield is likely to come up with a binding offer by the end of this month. A Suzlon insider said the company was in discussion with several investors for resolution of its financial issues. A Suzlon spokesperson said the management was not in a position to talk on the subject, as business discussions are going on to reduce the debt.

"We remain committed to reducing debt and to optimising cost across the board to execute our order book. We remain highly focussed on ramping up execution in coming quarters," Suzlon's Group CFO Kirti Vagadia said, while announcing the March quarter results for 2018-19. JP Chalsani, Group CEO, in a statement, said that the firm is committed to reducing debt and is progressing well on strategic initiatives undertaken by the team. In FY20, Suzlon has to pay back Rs 1928 crore, Rs 835 crore in FY21, Rs 926 crore in FY22 and Rs 4483 crore in FY23 and beyond. But, the biggest issue is despite an impressive order book of over 2 Gigawatt (1320 MW firm orders and 700 MW PPA signed and ratification awaited and Letter of Intent for another 100 MW), its financials are in dire straits. For 2018-19, net revenues were Rs 4978 crore, much lower than the Rs 8075 crore a year ago, primarily due to low volumes. For the same period, net losses stood at Rs 1527 crore in FY19, much worse than Rs 377 crore a year ago. Further, in April this year, Care Ratings downgraded Suzlon's ratings on its long-term banking facilities to D from BB.

Meanwhile, promoter holding in the company has come down to 19.82 per cent. Moreover, 76.34 per cent of the promoter holding is pledged or encumbered. Presently, billionaire and Sun Pharmaceuticals promoter Dilip Shanghvi is the largest shareholder in Suzlon, who acted as a white knight to help the company in 2015. Shanghvi and family bought 23 per cent stake in Suzlon for Rs 1,800 crore ($258 million) when Suzlon was in deep financial trouble. That helped Suzlon to stay afloat. Within a few weeks, its market capitalisation rose to over Rs 10,000 crore. As of June 12, Suzlon's market capitalisation is just Rs 2,633 crore.

The current situation is a deja vu for Suzlon. The company had defaulted on its foreign currency convertible bonds (FCCBs) worth $221 million in October 2012 despite failed attempts with FCCB holders for a four-month extension. The company faced the similar crisis of shortage of working capital to execute a large pipeline of orders (then nearly $7.7 billion and a majority of orders were from the sold-off subsidiary REpower). It had posted losses for three consecutive years. Despite a few paybacks, the company's debt had swelled to over Rs 10,000 crore. That forced the company to seek bailout from lenders via Corporate Debt Restructuring (CDR).

Within a few months, a consortium of 19 bankers cleared the CDR proposal for domestic loans worth Rs 9,500 crore with a 10-year repayment plan at a reduced interest rate. Lenders also gave fresh working capital loan of Rs 1,800 crore with a provision of interest money worth Rs 1,500 crore to be converted into equity. The CDR also mandated Suzlon to raise Rs 2,200 crore by selling non-core assets such as  components manufacturing subsidiaries and non-critical assets such as SE Forge, SE Electricals and some units in China, besides closure of a unit in Pondicherry. Gearbox manufacturing unit Hansen, which was bought in 2007-08 for 465 euro million in cash, was sold off in tranches to raise over $1 billion to repay debts. In January 2015, Suzlon sold off its prime asset, Senvion SE (formerly REpower) to US-based private equity firm Centerbridge Partners for 1 billion euro (then over Rs 7,200 crore). Even the takeover of REpower was not a smooth one and Suzlon had to wait for many years to get control of the company.

REpower was formed in 2001 by merging four wind turbine companies in Germany. Fritz Vahrenholt, a German politician and a former minister, was the CEO of REpower at the time of the takeover. Areva and Portugal's Martifer bought stakes in REpower. Tanti had fought a bidding war for over five months to acquire the company for 1.35 billion euro (about Rs 7,314 crore) to get nearly 75 per cent management control. At that time, Suzlon's consolidated net had swelled to over Rs 17,000 crore. Vahrenholt left REpower in 2008 and Suzlon managed to increase its shareholding, but successive CEOs and many top executives exited one after the other. Suzlon had to scale down operations and concentrate more in the domestic market than going global aggressively.

Big fall from the top

The downfall of Suzlon, which grew as the world's fifth largest wind turbine maker with revenues of over Rs 26,000 crore in 2008-09, is a classic case of aggressive global expansion without reading future business prospects. Tulsi Tanti, who started out as a textile entrepreneur in 1995, diversified completely across wind energy sector by 1999-2000. It soon got orders from the US and expanded across various global markets, besides maintaining a booming business in India. In 2005, the company went public and mobilised Rs 1400 crore. Flushed with funds, Suzlon went on a shopping spree to become a global wind turbine major.

Suzlon acquired Hansen Transmissions in Belgium and REpower Systems in Germany and moved its headquarters to Amsterdam, which was later brought back again to Pune. It managed a strong order book and everything was going well until global financial slowdown in 2018. Soon raw material prices including steel prices rose and many orders were postponed. News poured in about Suzlon's blades cracking in some of US-based wind farms. The company had to execute a $100 million blade retrofitting programme. The 2008 global financial downturn sucked away a lot of Suzlon's fortunes. In 2004-05, the US was pushing for onshore wind power and Suzlon set up a manufacturing facility at Pipestone, Minnesota. It partnered with John Deere Wind Energy (JDWE) and Edison Mission Group (EMG) to set up many wind farms in the US. Those also went into trouble. Persisting financial burden and liquidity problems forced the company to explore alternate options such as external investment from people such as Dilip Shanghvi.

Suzlon management says the current focus is to reduce working capital outgo and debt by 30-40 per cent in the near future. However, whether the founder Tanti will remain as the owner of the firm is a big question mark.