BT Buzz: As L&T acquires 60%, what lies ahead for Mindtree and its founders

After the hostile takeover by L&T, a management change and a board are rejig are likely to happen at Mindtree. A merger between the two companies is eminent too, in mid-term if not in near future. 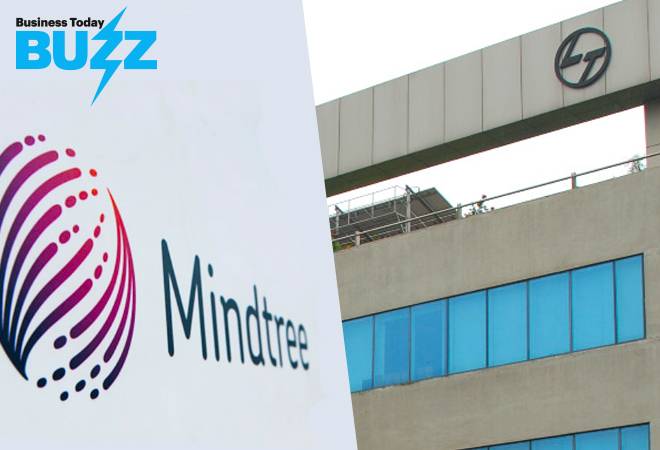 What does the future hold for Mindtree and L&T Infotech after the first hostile takeover in the Indian IT services space.

In a first successful hostile takeover in the Indian IT services space, Mindtree has now become a subsidiary of construction major Larsen & Toubro (L&T). L&T's open offer to buy up to 5,13,25,371 equity shares in Mindtree - representing 31 per cent of the voting equity share capital - closed last week with an over-subscription by 116 per cent. Even as promoters chose to stay away from tendering their own shares, with a once reluctant Nalanda Capital tendering its entire 10.6 per cent holding in the company, L&T now sits comfortably at over 60 per cent holding in the company.

What next for Mindtree?

As fallout of the acquisition, most industry observers believe that a management change and a board rejig is a given. Proxy advisory and corporate research firm Ingovern's Managing Director Shriram Subramanium says investors in Mindtree will have to endure the transition phase for the next three-four months, which is likely to see a reconstitution of the board and perhaps a new CEO being brought in. "L&T will exert its influence through the board and will set expectations for the new CEO and the CXO team," he said.

The first expected change is replacing the current and the last founder CEO of Mindtree - Rostow Ravanan - with a Chief Executive Officer chosen by the L&T. Several reports suggest that Cognizant's former President, Rajeev Mehta and L&T Infotech (LTI)'s Sudhir Chaturvedi are currently being considered for the role of Mindtree's new CEO. Sources told BT that while L&T has no immediate interest in buying out the stake of promoters, they were keen on introducing a few changes. The same source also said that L&T is agreeable to the current Executive Chairman Krishnakumar Natarajan continuing but in a non-executive role. L&T is believed to have offered him a board seat in one of the portfolio companies. Sources also indicated that the said changes are likely to happen post the annual general meeting of Mindtree on July 16 in Bengaluru.

The new CEO of Mindtree - whoever that be -has already his tasks cut out:

Mindtree currently operates at 15.2 per cent, while the average for other mid-tier companies is around 17 per cent. For a company that operated at 19.2 per cent EBITA margins at the end of Q4 of FY15 is now operating at 15.2 per cent. A report by Motilal Oswal in April pointed out issues around the integration of its acquisitions. "Both Bluefin and Magnet360 have been under pressure since acquisition. The subsidiaries together had a revenue rate of $71 million at the time of acquisition, and saw a low of nearly $55 million," the report stated. However, with improving deal wins, boosting the performance of acquisitions and margin improvement in these entities remain a lever for overall profitability, observed the report.

Analysts anticipate Mindtree could witness a few top level exists over the next few quarters as fallout of the takeover. "When companies go through structural changes, top executives exiting the company has almost become a norm," said a Mumbai-based IT analyst who did not wish to be named. He further added that with merger nowhere in the short-term agenda of L&T, a change in culture with the exit of the last founder CEO could result in a spike in attrition rate over the next two-three quarters. The attrition level in Mindtree at 12-14 per cent in FY19 was among the lowest in the industry.

The new CEO will be expected to turn around the culture in Mindtree in line with that in L&T. A Mumbai-based IT analyst said, "Infotech has a far more aggressive culture as compared to that in Mindtree, which is also evident in their financials." Mindtree tends to be lenient and forgiving on target achievements and when lagging on quarterly numbers, given its top bosses being technocrats with a long-term mindset. With all new faces in LTI coming with specific tasks in hand, the IT analyst believes that L&T has already done a mapping of who to retain in Mindtree and who to let go. What many anticipate is in the short-term, L&T will try to draw synergies among its tech-entities. "We may see a participation in joint bids by way of a non-compete plan if interests of LTI and Mindtree overlap," said another Mumbai- based analyst. While LTI has strengths in BFSI, Manufacturing and Oil & Gas, Mindtree is stronger in Hi-Tech, Retail - CPG and Travel & Hospitality verticals.

To merge or not to merge?

Though L&T has been maintaining its stand on keeping Mindtree as a separate entity, industry observers say that a merger is imminent in the mid-term if not in near future. A report by Nirmal Bang Institutional Equities in March stated that a quick three-way merger of LTI, L&T Technology Services and Mindtree would have been ideal. It could have created an organisation closer to Tier-one leaders from the perspective of capability, de-risking and vertical exposure perspective. "We believe that such a scenario is unlikely to play out anytime over the next 24 months," the report stated. Ingovern's Subramanium thinks L&T would like to accumulate more shares before going ahead with the merger as it could be a share swap, very similar to how Mindtree had taken over Aztechsoft.

The combined Mindtree and LTI entity with over $2 billion would mean that both will be able to reap the benefits of scale. A former senior executive of Mindtree said, "The opportunities for bidding for larger contracts with the current size will be fewer if there is an integration. They can definitely chase increasing number of $100 million-plus clients and also become eligible for bigger deal sizes along with seeking 10 per cent revenues as a performance guarantee as a part of the large deal." While 49.3 per cent of Mindtree's revenues come from digital businesses, LTI is still strong in the traditional enterprise solutions, a testing kind of business. The reason why this integrated entity could be a deal maker is that the digital business today is not a high-margin business, barring a few deals. "Run-of-the mill businesses are still bringing in better margins as compared to digital deals that come at a lower margin," said the same executive quoted above.