Being one of the largest PE firms in the world, Blackstone does believe in waiting it out for the right time and right valuations before striking a deal. As distress in the Indian real estate sector is clearly visible now, Blackstone has been quite busy. 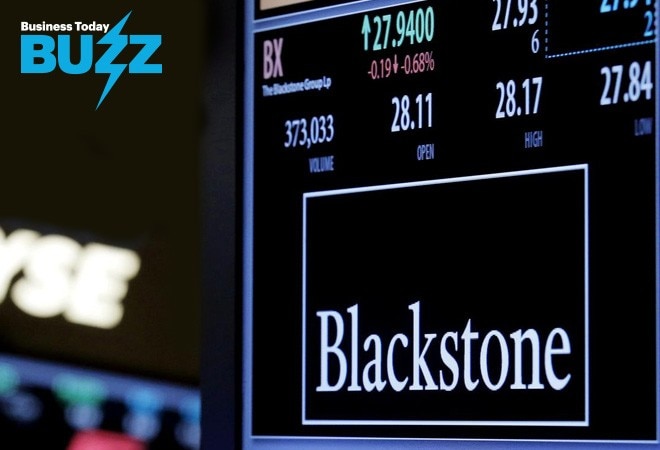 Being one of the largest PE firms in the world, Blackstone does believe in waiting it out for the right time and right valuations before striking a deal. As distress in the Indian real estate sector is clearly visible now, Blackstone has been quite busy.

Just last week, it agreed to buy 0.7 million sq ft of office space in One BKC from Mumbai-based Radius Developers for Rs 2,500 crore, making it the largest buy out in the country's office space. Five other transactions it closed from 2018, include three with Indiabulls in Chennai (Rs 938 crore), Gurugram (Rs 229 crore) and Mumbai (Rs 5110 crore) besides Forum Group in Bhubaneswar (Rs 273 crore) and Salarpuria Group's Hyderabad property for Rs 861 crore.

With these deals, Blackstone's India investment now stands at nearly $6 billion across 34 transactions since it began investing in the domestic market in 2011. Of these 34 deals, 20 are in the office space and valued at $4.4 billion while others are in malls and residential spaces.

The break-neck speed with which Blackstone is now signing up for Indian real estate is in stark contrast to the PE firm's approach when it set up its Indian real estate office in 2007. That was the time when sector was on a roll. Property prices were rising every week, liquidity was abundant, demand was rising faster than supply and multinationals, queuing up to set shops in India, were looking for huge office spaces.

In this euphoric environment, Blackstone Group brought in Tuhin Parikh, then CEO of TCG Urban Infrastructure, to head the real estate operations.

But then, there was a lull. Blackstone and Parikh did not strike any deal in the booming market where valuations were totally unrealistic.

By 2011, prices had begun to crash. The 2008 global financial crisis reduced the demand for commercial real estate. The Satyam scandal in early 2009 added to the crisis and there were palpable signs of distress in commercial realty. Backed by capital and global experience, Blackstone knew it was time to swing into action.

In August 2011, Blackstone closed its first real estate transaction in India, buying a 37 per cent stake for around Rs 1100 crore in the Bengaluru-headquartered Manyata Business Park from Embassy Property Developments in the largest deal in the space back then. Manyata is India's second largest business park.

Jitu Virwani, Chairman and Managing Director, Embassy Group, said Blackstone focussed its investment thesis on high quality office parks as it was a space that the world was looking at to set up offices here. "We, at Embassy, had already established scale with our Grade 'A' office Parks such as Embassy Manyata that were attracting multinational clients from all over the world. Given the quality of our asset base and Blackstone's pedigree, it made perfect sense to partner up," he said.

Embassy is not the only top player to partner with Blackstone. All of Blackstone's deals have been struck with marquee developers. These involve top-graded spaces and have been done after exhaustive due diligence, many a times lasting over a year. Blackstone's partners in India include the Embassy group, Salarpuria Sattva Group, Panchshil Realty, Indiabulls and Raheja group besides others.

Globally, Blackstone's portfolio consists of nearly 200 companies employing about 500,000 people, with combined revenues of over $100 billion. It is this very scale that benefits Blackstone and its investors because it is able to leverage resources and expertise across geographies.

As Stephen A Schwarzman, Blackstone's Chairman, Chief Executive Officer and Co-Founder, said in his latest annual letter: "One of the key advantages of our scale is our ability to aggregate insight across our diverse portfolio and turn it into real decision-making power. This helps us develop strong convictions around sectors and regions. Most recently, this thematic approach has led to significant investments in technology and tech-driven office, global logistics, and in India, where we have deployed more capital than in any other emerging market."

Schwarzman said large cross-country scale allows Blackstone to leverage the investment made in portfolio operations capabilities, enhancing its ability to drive value creation. "This is a primary driver of our funds' outperformance over time, and in a period where pricing and competition are high, this becomes more critical than ever."

Not surprisingly, India has been one of Blackstone's top performing geographies globally and their average returns are estimated between 25-30 per cent.

Virwani has experienced this first hand as Blackstone brought in established tenant engagement programmes from their overseas investments to Embassy Business parks. "These programmes give our corporate tenants the opportunity to build communities for their employees in their campuses. And both the tenants and their employees are very appreciative of the impact these programmes have on employee morale and productivity," he said.

Shobhit Agarwal, MD and CEO - ANAROCK Capital said Blackstone has a strong belief in the Indian real estate story. "They have been diligent in garnering a deep understanding of the real estate market and stay attuned to all market variations and policy impacts. As a firm, Blackstone is not afraid to take calculated risks, but they are careful to maintain a professional and competent investment team to help navigate the ups and downs," he said.

Blackstone had worked on India's first REIT, or real estate investment trust, for nearly four years with its partner Embassy Office Parks. Not only did Blackstone use its international experience in launching the REIT here in March 2019, it also timed it well to ensure maximum investor response.

For Blackstone, this REIT was the culmination of its India efforts, which began incidentally with Embassy only in 2011. "We listed the embassy REIT in India, the country's first, and the culmination of eight years of building one of the largest office portfolios in India, which continues to benefit from some of the strongest fundamentals in the world," Jonathan Gray, President and Chief Operating Officer of Blackstone, said in the Q1 2019 post-result conference call.

The Blackstone-backed REIT's Rs 4,750 crore IPO was subscribed 2.6 times. Bids were received for over 181 million shares against 71.3 million on offer. "The listing of Embassy Office Parks REIT was a natural progression of our partnership. Blackstone contributed all of their 100 per cent-owned assets to the REIT portfolio. And they did not sell a single unit in the IPO, which signifies their commitment to the success of the vehicle," said Virwani.

ALSO READ:BT Buzz: Air India might be unlucky for the third time

For now, Blackstone seems to have mastered its India strategy well. The country's growth rate of over 6 per cent besides favourable demographic add to its advantage. How well Blackstone can continue to play its strokes in the Indian market is something only time will tell.

Task cut out for Modi 2.0 to put economy back on growth path