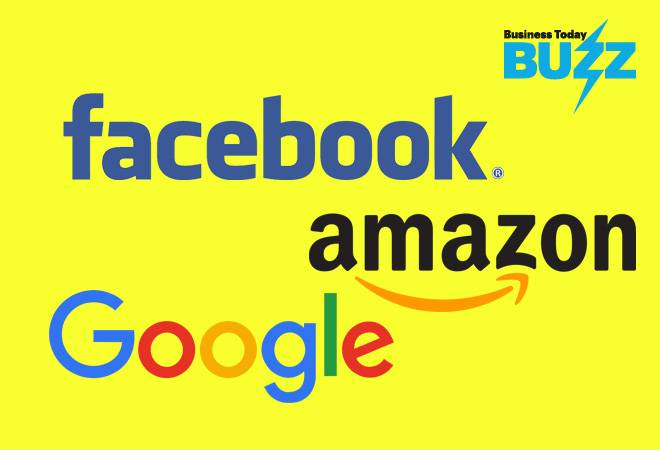 Internet companies such as Facebook, Google and Amazon have often come under government scrutiny for not paying enough taxes in India despite having substantial presence in the country - they have millions of users and generate billions in revenues.

It is said that these companies manage to pay minimum taxes as a significant part of their revenues and profits is not attributed to their Indian subsidiaries but to the ones based in low-tax countries or their home countries. The legitimacy of such profit shifting is being questioned for a long time now. With the budget around the corner, there are expectations that the government may come out with some announcements in this regard. The four activists made a submission that the tech giants generate business value of more than Rs 30 lakh crore from Indian operations but are not taxed sufficiently. They argued in favour of levying goods and services tax (GST) on all transactions Indian users execute via these companies and their Indian subsidiaries. They also suggested treating subsidiaries as permanent establishments (PEs).

They contended that these companies create a corporate web to avoid paying taxes in India, which has one of the largest open internet users and data consumers. Apart from revenues, the government should also consider the number of users as one of metrics to calculate the tax.

Facebook Inc's India subsidiary clocked Rs 521 crore in revenues in 2018, a 52 per cent jump over the previous year. This is puny compared to its overall global earnings of $55 billion, or around Rs 3.80 lakh crore. Facebook's Asia-Pacific revenues for the year was close to $12 billion or around Rs 82,000-84,000 crore.

Amazon Seller Services, the Indian arm of the US-based e-commerce giant, saw its revenues jumping 54 per cent in 2018 to Rs 5,018 crore. Its global revenues during the year was $233 billion, or close to Rs 16 lakh crore.

Taxing digital companies is a big challenge for countries across the globe purely because of the nature of the business. With minimum presence, such companies get access to millions of users in a country and thus earn substantial revenues. Taking advantage of loopholes in tax rules, they attribute a significant part of these revenues to a web of subsidiaries based in low-tax countries such as Ireland and not to the country of origin.

Nidhi Goyal, managing director, Avinav Consulting, a chartered accountancy and corporate advisory firm, says: "Most of these online companies are in businesses related to e-commerce, payment services, application store, and network platforms. Normally, payments are collected overseas on these platforms and no tax is paid on such transactions in India. Even though they have captive units in India, major chunk of the business comes from subsidiaries outside India." 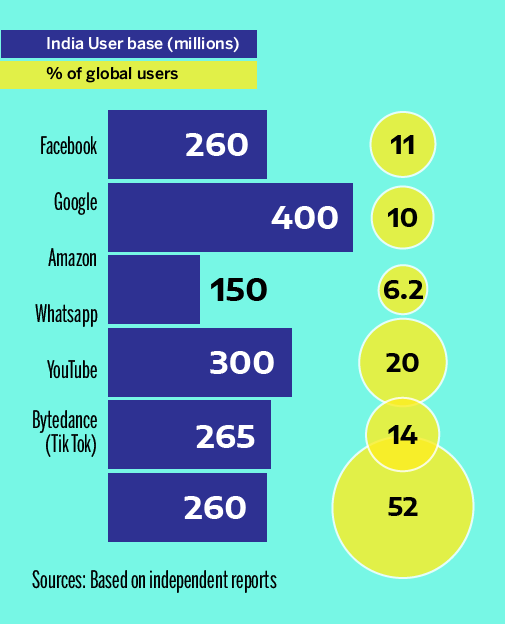 The Organisation of Economic Co-operation and Development (OECD), an organisation of 36 countries, has been putting out draft regulations to try and tax these companies. Even members of Group-20, of which India is a part, have joined OECD in its efforts to curb the practice of multinational corporations shifting profits to tax havens or low tax regimes.

Laying out a roadmap for taxing digital economies is on top of the agenda of both OECD and G20. Recently, OECD and G20 released a programme of work to arrive at a consensus on ways to deal with challenges faced in taxing digital economy. "The document contains proposals, which, if implemented, will represent a significant departure from current international tax systems and will have implications for a wide range of digital and traditional businesses," says Rajendra Nayak, Partner, International Tax Services, EY India.

The programme of work talks about rules and formulas on profit allocation, a new concept of taxable presence. It also proposes ways to check base erosion.

Experts expect the government to announce a few measures in Budget 2019 on taxing multinational internet companies.  The least it can do is to increase the scope of equalisation levy and tax earnings of foreign e-commerce companies. At present, it only taxes online advertisements by Indian companies to these foreign websites. The equalisation levy is currently at 6 per cent.

However, many experts believe equalisation levy is just an interim measure and countries need even more robust rules to tax digital businesses. India along with many OECD countries are trying to change tax rules to tax revenues generated by non-resident internet companies.

The Indian tax department recently came out with draft rules on profit allocation of permanent establishments (PEs), a fixed place of business of a company in another country. PEs are an important concept under tax treaties signed between two countries as it allows a country to determine if the income generated by a foreign company in that country can be taxed there.

Online companies, by the nature of their businesses, avoid having physical presence in many countries. This is how they avoid paying taxes on a significant part of their revenues. The only physical presence of such a business is the location of the server, which they can place in a tax haven.

Singhania says that though representations have been made against widening the scope of PEs to tax internet companies, the government is unlikely to budge in this regard. "For the government, these are low-hanging fruits, and given the revenue situation, it would like to tax revenues of these companies."

"Although these are just draft rules, some of these could be introduced in the Budget this year with minor tweaks," says Nidhi Goyal of Avinav Consulting as she reiterates that tax laws in India are not clear about both PEs and profit attribution to PEs.

With a global consensus emerging on the need to tax new-age digital companies, which have minimal physical presence in a country but significant user base, the Union Budget may have announcements in this regard. India has anyway taken the lead in taxing digital economy by embracing concepts such as equalisation levy and digital PE. It will be interesting to see if the government, which is facing challenges in increasing tax revenue collections, takes some 'revolutionary' measures to collect more taxes from the likes of Facebook, Google and Amazon.