Ajay Piramal confirms that he is looking for right partners and the right time to exit. Ajay Piramal, Chairman of both Shriram Capital and the Piramal Group, is evaluating options to exit Piramal Enterprises' seven-year-old strategic investments in the Shriram Group.

"We are evaluating options to create value for both the shareholders of Shriram and Piramal. As far as the shareholders of Piramal Enterprises are concerned, we are evaluating options like whether an exit is possible. There is no time limit to it and if we get the right value and the right partner will look at the exit," Ajay Piramal said on Friday on a conference call announcing Q4 and annual performance of Piramal Enterprises. However, he declined to elaborate further and did not clarify whether he would continue as the Chairman of Shriram Capital, once the exit is complete.

Recent unconfirmed reports say Piramal has been discussing with Anand Mahindra to exit his Shriram investments, valuing about Rs 9,000 crore. In September last year, reports had surfaced saying private equity giants KKR and Blackstone were in the fray to buy Piramal, employees' trust and TPG's stake in Shriram Group companies for over $3 billion, in a three-way merger of the Shriram group companies. 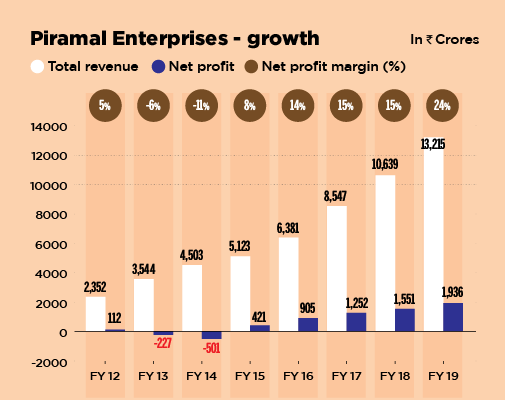 Initially, Ajay Piramal was viewing his investments in Shriram as strategic investments, to monetise the $3.8 billion (Rs 18,500 crore) Piramal Enterprises received from the sale of formulation division of Piramal to Abbott in 2010. From the sale proceeds, he bought an 11 per cent stake in Vodafone India for Rs 5,856 crore (in two tranches in August 2011 and February 2012) and exited that investment for Rs 8,900 crore.

According to sources, the trigger for Ajay Piramal to exit Shriram is primarily not linked to raising funds for redeploying it in his own financial services business. Piramal Enterprises had raised Rs 16,500 crore via non-convertible debentures and bank loans from September 2018 to March 2019 and so far has no made substantial big investments. Of this, over Rs 10,000 crore is meant to be for expanding financial service business. The company, which is growing in excess of 20 per cent plus revenues and net profit consistently, over past 15 quarters, has nearly Rs.5,400 crore in the form of cash and several unutilised bank lines.

After the sale to Abbott, Ajay Piramal focused more on financial services, which is the thrust area of business. Both wholesale and retail funding opportunities across sectors contributed 53 per cent to Piramal Enterprises' revenues of Rs 13,215 crore in 2018-19. Piramal brought his financial services business under one umbrella and has been introducing new financial services verticals every year in the past seven years-real estate, housing finance, early-stage private equity, structured debt, senior secured debt, construction finance, and flexi lease rental discounting. The wholesale business in non-real estate sector includes separate verticals-Corporate Finance Group (CFG) and Emerging Corporate Lending (ECL). Piramal also launched a distressed asset investing platform with Bain Capital Credit-IndiaRF and was planning another such fund to acquire renewables. (Piramal on Friday said wholesale real estate lending exposure will come down to about 10 per cent (excluding hospitality and lease rental discounting) from the 63 per cent in March 2019). 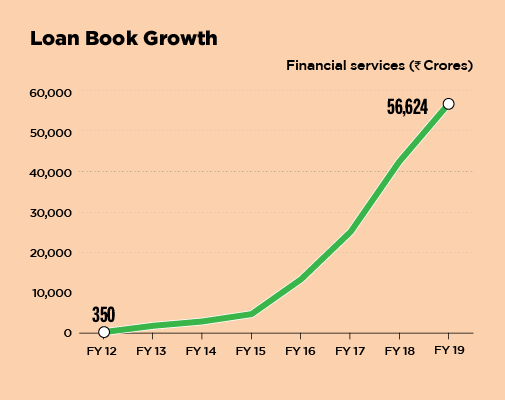 Sources say though Piramal wanted to create an end-to-end financial services platform under one umbrella, Shriram was seen as a cultural misfit in the scheme of things. That is primarily because Piramal's retail operations are confined to the safer upper segment of the business that involves corporate and medium to large scale enterprises and Shriram's success was based on the grass root-micro, mini and SME (small and medium enterprises) sectors. Further, Piramal's all acquisitions in the past were either multinational companies or companies following MNC practices.

Sources say Piramal's entry into Shriram resulted in the exit of some old senior executives at Shriram. Piramal brought some of his key executives to lead and guide Shriram and brought global consultants like McKinsey to study entities like Shriram Transport and Shriram City Union, with an intention to merge or partner with Piramal's financial business. 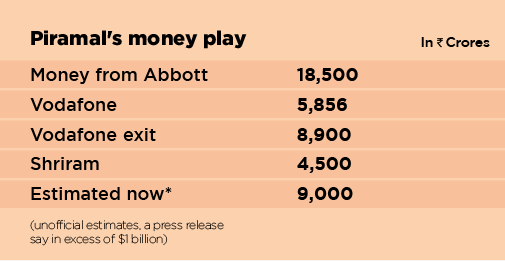 "As of now, there is no sense in thinking about a merger of Shriram and Piramal. The culture of 60,000 people in Shriram is different from the culture of people in Piramal and I think we will waste a lot of time in this. Both are doing well and let them grow and we will look at the right time for a merger," Piramal told Business Today a year ago.

Another attempt was made last year was to merge Shriram Capital with IDFC bank to create a big banking powerhouse, but it did not get shareholders' support. There were some governance issues as well as Shriram Transport had made a Rs 870 crore undisclosed exposure to a group distressed entity in infrastructure sector, through its promoter Shriram Venture. In the past 2-3 years, Shriram's business was going through a slump as RBI reduced the non-performance asset (NPA) recognition time from 180 days to 90 days and also due to the after-effects of demonetisation and GST implementation.

Ajay Piramal says he was evaluating the right time to carve out financial services business from Piramal Enterprises and go for a listing to unlock its value. Piramal's plans, which include a $20 billion asset empire by 2020, is to become one of the top five housing finance companies in India within the next 4-5 years and for that a year ago Piramal Enterprises merged Piramal Finance and Piramal Capital into Piramal Housing Finance with the intent of streamlining the financial services business.