Vinay Dube said the leadership team has spent the last few days trying to convince the consortium of lenders led by the State Bank of India to release some funds for our employees, while continuing to support the bank led bid process for Jet Airways 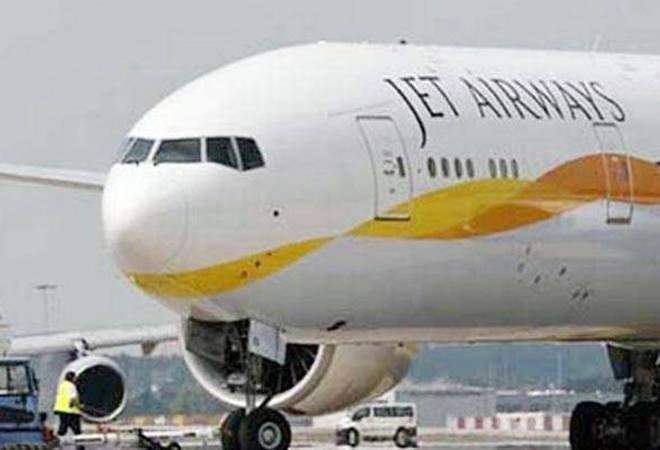 Debt-laden Jet Airways' Chief Executive Officer (CEO) Vinay Dube told the airline's staff on Friday that its lenders are unable to make any salary commitments until after the bidding process is complete.

In a letter to its employees, Dube said that "We have told them repeatedly that our employees are facing grave hardships owing to non-payment of their salaries and that if this were to continue any longer, our employees will have no option but to find employment elsewhere."

He said that the top leadership has spent the last few days trying to convince the consortium of Indian banks to release some funds for our employees, while continuing to support the bank led bid process for Jet Airways.

"We face this reality despite our best efforts to portray the very real suffering that is being endured by each one of you."

The cash-strapped airline is currently under the control of a consortium of lenders led by the State Bank of India, which is hoping to recover Rs 8,400 crore via a bidding process for selling stake in the airline.

"While on the one hand, we are being told to preserve the value of Jet Airways during the bid process, on the other hand, with no salary payment, some of our colleagues, who are the very fabric and value of this airline, have no choice but to find employment elsewhere. When we highlight the disappointing irony of this situation to the lenders, we are simply told that this problem is to be addressed by the company's shareholders, who should and could have agreed on a Resolution Plan a long time ago," Dube's letter added.

Dube said that the company's top team has held "considerable deliberations" in the various Board meetings regarding the release of emergency funding from the promoter and strategic shareholder, including Etihad Airways, for payment of salary arrears, which has not yielded positive results.

"While we will continue to support the Lender led bid process in our effort to leave no stone unturned, it pains us to communicate that no clarity or commitment on salaries has been provided by any of our stakeholders," he added.

Jet Airways on Wednesday reported that a British entrepreneur, Jason Unsworth, had expressed interest in acquiring a controlling stake in the airline. The company had asked Unsworth to interact with SBI Caps Limited that is leading the resolution plan for the embattled carrier. So far, four entities - Etihad Airways, TPG Capital, Indigo Partners and National Investment and Infrastructure Fund (NIIF) - have been shortlisted for the bidding process and their details are expected to be cleared by May 10.