Regional dairy companies have a distinct edge in the Rs 100,000 crore organised the dairy market When Srikumar Misra, Founder and MD of Milk Mantra, gave up his cushy job as the head of merger and acquisitions at Tetley in 2010, his idea was to build a cutting edge food business that would solve the trust deficit between consumers and food in his home state, Odisha. "There were a lot of problems in terms of quality of food, adulteration was rampant and it was significantly higher in dairy," he recollects. Misra founded the Milky Moo brand with a vision of building an 'ethical' brand. The idea was to structure a transparent sourcing network as well as bring in functional innovations on the product front. He introduced technologies such as a film, which prevents light exposure damage to milk (one of the major reasons why milk curdles if not boiled within a few hours), which enabled consumers to consume straight from the pack without boiling.

He also rolled out a range of value-added products such as flavoured yoghurts and probiotic curd. The eight-year-old Milky Moo is today a Rs 200 crore brand, giving stiff competition to the state cooperative, OMFED, despite its products being priced at a 12-25 per cent premium. Milk Mantra collects 1.5 lakh litres of milk per day from over 85,000 farmers not just in Odisha, but also in adjacent Jharkhand. Its products are also available in modern retail stores in Kolkata.

"Milk Mantra became India's first agri-food business to be VC funded in 2011. It is one of the few start-ups that has gone from raising impact capital to mainstream capital from private equity funds such as Eight Roads," declares Misra. He claims that his brand, Milky Moo, is the leading premium fresh dairy brand in eastern India. 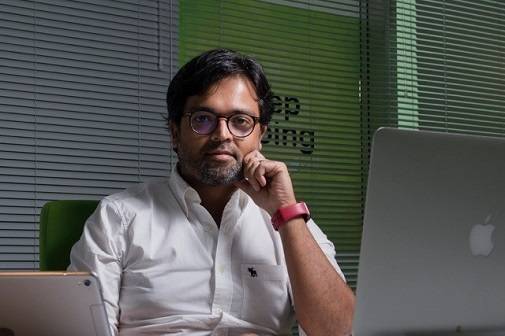 The Rs 100,000 crore organised dairy market has been full of action in the past few years. While the age-old dairy cooperatives continue to be around, the sector has seen a plethora of private companies entering the fray. From ITC to Godrej Agrovet and international dairy majors such as Lactalis and Fonterra, private dairy companies are trying to make their mark in the Indian diary industry in a big way. However, the going hasn't been particularly easy for most of the private players with national ambitions. Dairy, after all, is about procuring fresh and consuming fresh and the clear winners as of now are the regional dairy companies. While Milk Mantra has made inroads in the East, the regional dairy powerhouse in the South amongst others is Milky Mist. Similarly, the West has companies such as BlissFresh and Sarda Farms, which are surging ahead.

The common thread among these companies is that all of them are business-to-consumer (B2C)  entities and believe that it's only branded play that would give them high growth rates and not business-to-business (B2B) categories such as skimmed milk powder or butter. However, their go to market approach is varied.

Milk Mantra, which likes to call itself a new age dairy company, plays in the mass premium segment and 70 per cent of its revenues come from selling milk, while the remaining 30 per cent comes from value-added products. Milky Mist, on the other hand, is a 100 per cent value-added products company, with its forte being paneer. The company collects 3.5 lakh litres of milk per day and converts all of it into various value-added milk products. "I always wanted to be different. Value-added products give me a lot of scope for innovation. Milk doesn't need value addition," says T. Sathish Kumar, Founder and CEO of Milky Mist.

Kumar has invested in a Rs 450 crore fully automated plant near Erode in Tamil Nadu, where he has recently set up a robotic line to manufacture long shelf life paneer. While Milky Mist paneer is a household name in the southern parts of the country, Kumar is now in the process of rolling out paneer in Mumbai and Pune.

In the West, Blissfresh and Sarda Farms have a premium farm-to-home model. Blissfresh, which has been selling 6,000 litres of premium milk per day at around Rs 70 per litre, has recently forayed into the mass premium segment. "In order to get a scale, I have to be present in the mass segment too," says Rajesh Singh, Founder and CEO, Blissfresh. Though none of these regional companies are profitable, they are confident that they will see profitability much faster than their peers who have national aspirations. "We have clocked more than 40 per cent CAGR since our inception, we continue to grow at more than 25 per cent year on year," says Misra of Milk Mantra.

Alpana Parida, MD of design-led brand consultancy, DY Works, says that these regional companies are actually looking more professional than their national counterparts. "They are investing a lot on their brand and because they are regional, their distribution is much better. In terms of availability, distribution and freshness they have an advantage."

These regional brands are in no hurry to go national. Singh of Blissfresh says that he would rather penetrate further into Mumbai and adjacent markets first. He says that to build scale, he has to first try and sell at least 25,000 litres of milk per day in Mumbai itself.

"Building scale will take time in India. I don't want to make grandeur statements that we are going to be the largest private player in the country. It doesn't work in this country and if we do that we will bleed for a long time. We said we will be the leading premium player in Eastern India and we have been steadfast on that," says Misra of Milk Mantra.

R.S. Sodhi, MD, Amul, agrees that fresh dairy products are where the growth is coming from. "The business model has to be one wherein you manufacture and pack near to the consumption centre. We can't manufacture and pack in Gujarat and sell all over India. That's the reason we have put up factories in Guwahati, Lucknow and Kolkata, else, we will continue to sell processed, long shelf-life products and somebody else will sell fresh and eat away our business." The realisation that a regional strategy works better has set in other large companies too. Godrej Agrovet, for instance, has decided to focus only on the southern states of the country for the time being. French dairy major, Lactalis also has a regional strategy in India. Instead of carpet bombing the entire country with its global portfolio, the company, ever since its entry into India in 2014, has been acquiring regional dairy companies across the country. It entered India by acquiring Tirumala in the South and in the last few years it has acquired Anik in Madhya Pradesh and Prabhat Dairy in Maharashtra. "Lactalis has over 250 brands but it never kills the local brand," said, Lactalis India MD, Rahul Kumar, in an earlier interview with Business Today.

A senior dairy expert says that Lactalis would have never acquired Prabhat Dairy at Rs 1,700 crore had it not been a regional company. "It's about regional play in a measured manner. If you have got some regions, you will go for strategic acquisitions to try and map and get sourcing in place. We will see more regional acquisitions where the stack is profitable. When I say stack, I mean milk, ghee and dahi. If the whole stack is profitable, then people say, I have got a supply chain, which I can improve on and there are other elements which can increase profitability," he explains.