The latest data released by the Indian Meterological Department says that the rainfall during June 13-19 was 40 per cent below the long period average for the whole country, which delayed sowing 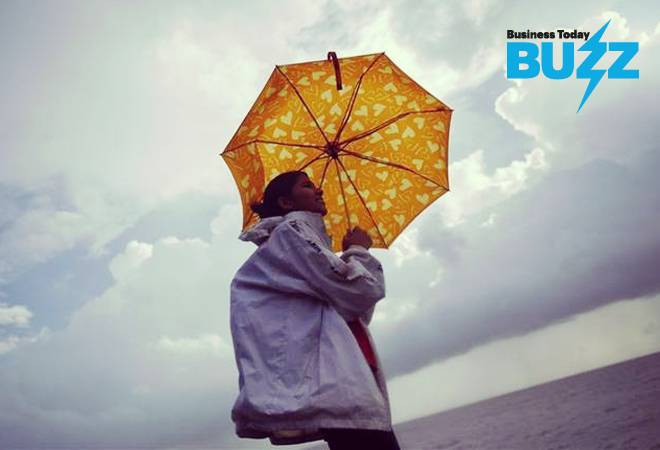 Irrespective of the predictions, the actual impact of monsoon will unravel in days to come. Photo credit: Reuters

Last week, the demand for future contracts for soybean fell by 2.7 per cent in the online multi-commodity exchange National Commodity & Derivatives Exchange Limited (NCDEX). Stock brokerage firm Angel Broking attributes the slippage to diminishing physical demand at higher prices. In its daily note to investors on June 23, the broking firm says the prices "have been under pressure due to an expectation of high planting and sufficient stocks in the physical market". The slippage trends in future contracts of soybean, though, could change within the next few weeks. The key to prices of soybean, and also demand for future contracts in NCDEX is the progress of monsoon rains and the resultant change in the rate of soybean sowing in the country.

What had raised expectations of high production of soybean this year was the initial estimates of the government. Early indications suggest that this could be wrong. "Soybean production in the upcoming Kharif season is likely to go down by around 8 per cent to 12.57 million tonnes, compared to 13.69 million tonnes in the previous season. Even though the area under the soybean is likely to go up by 3.2 per cent, it will drag up the soybean production as the yield is expected to decline in the coming season," Jatin Singh, managing director of Skymet Weather Services, quotes the Kharif estimate report 2019 prepared by his company early this month. The private weather forecaster's assessment is based on its prediction that monsoon this year is going to be below normal. "Across the country, 99 per cent area under Soybean is rain-fed. Hence, the crop heavily depends on the monsoon to perform well. Major soybean producing states may witness water stress in the middle of the crop season as reservoir status is below normal," Skymet says. The report singles out Maharashtra and Andhra Pradesh as the most vulnerable major soybean-growing states during the current season. 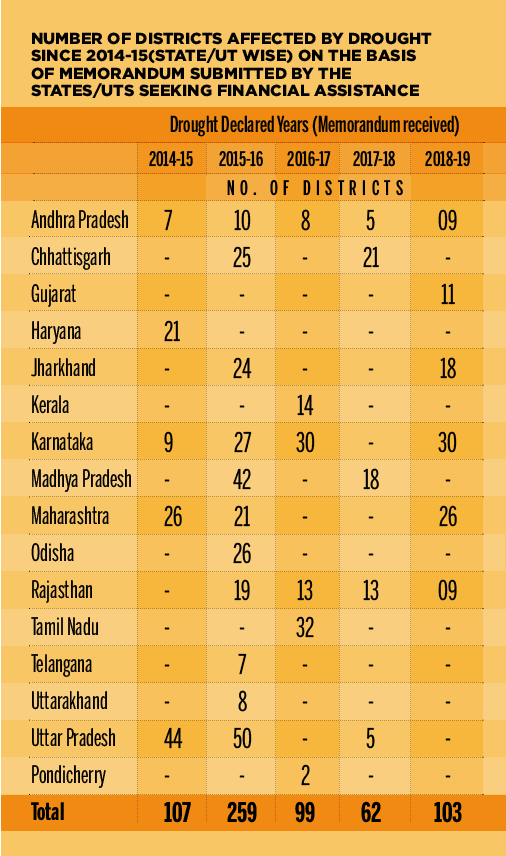 A preliminary report published by the ministry of agriculture seems to be validating the concern as it notes that the total sown area as on June 14, stands at 82.20 lakh hectare as compared to 90.34 lakh hectare at this time during 2018. Cereal sowing is down by 24 per cent, pulses down by 51 per cent, oilseeds down by 42 per cent compared to the sown area seen during the same period of last year. In the case of soybean, the decline in sowing at this stage is quite prominent. As against 0.75 lakh hectare sown by this time last year, the sowing this year was 51 per cent less, at 0.37 lakh hectare.

The latest data released by the government weather forecaster Indian Meterological Department (IMD) says that the rainfall during June 13-19 was 40 per cent below the long period average for the whole country, the key reason for delayed sowing.

Skymet says that as of June 22, the Monsoon deficit has fallen to 38 per cent, from about 43 per cent a week ago. "The weather conditions in the country have panned out exactly in the manner we had forecast. The Southwest Monsoon has shown some improvement in the last couple of days and the Northern Limit of Monsoon (NLM) made progress for the third consecutive day yesterday. The NLM is now passing through Ratnagiri, Ahmednagar, Aurangabad, Nagpur, Pendra, Varanasi and Bahraich," a Skymet release issued on June 23, states. The agency also highlights that the water level status of the reservoirs in the country is also satisfactory. "Currently, 10 out of the total 12 reservoirs are 40 per cent less than their long-term average capacity. Talking about South India, which is among the largest contributors of Monsoon rain in the country, the deficiency stands at 35 per cent. And the 30 out of the 31 reservoirs in the region have 40 per cent less storage than their long-term average capacity," it says. What does lower than normal monsoon season means for the other Kharif crops?

Skymet's Kharif Estimate Report 2019 covers not only soybean but also two other major Kharif crops -- cotton and paddy. Its finding says what the cotton production in the country may go up by 10 per cent to 33.19 million bales in 2019-20 as compared to 30.08 million bales the previous year. The increase in production is also because of the expected increase in the Cotton acreage, higher by 2.7 per cent to 12.57 million hectares. On the contrary, paddy production, which is entirely water dependent, is expected to go down during the crop season. "It is expected to register a fall of about 4 per cent, compared to the 101.96 million tons produced a year ago. The area under paddy would remain the same, however, the monsoon vagaries are expected to affect the yield, primarily in rain-fed areas," the report notes.

ALSO READ:Monsoon covers half of India, to accelerate crop sowing

Despite the predictions, the impact of monsoon rains depends on the intensity of the rain, the timing and how it performs in specific geographies. For instance, the June 20-July 3 fortnight, IMD says, will see conditions become favourable for further advance of Southwest Monsoon into some more parts of Central Arabian Sea, Karnataka, Maharashtra, some parts of Andhra Pradesh, Telangana, remaining parts of Tamil Nadu, Bay of Bengal, some more parts of West Bengal and Sikkim, some parts of Bihar, Jharkhand and Odisha. More specifically, during the June 27- July 3 week, IMD is expecting above normal rainfall activity to occur over Assam & Meghalaya, Nagaland, Manipur, Mizoram & Tripura, Kerala, Karnataka, Telangana, Andhra Pradesh, Maharashtra and southern parts of East Madhya Pradesh, Chhattisgarh and Odisha; And below normal to normal rainfall activity likely over remaining parts of the country.

The actual impact of monsoon will unravel in the coming days. At least Angel Broking's investor note suggests so in the case of soybean. "Monsoon rains will be very crucial in the next two weeks as sowing is slow," it says.