Over the past year, Jio expanded its presence in the fiber-to-the-home (FTTH) business through acquisitions of large MSOs (multiple system operators) - Den Networks and Hathway Cable and Datacom 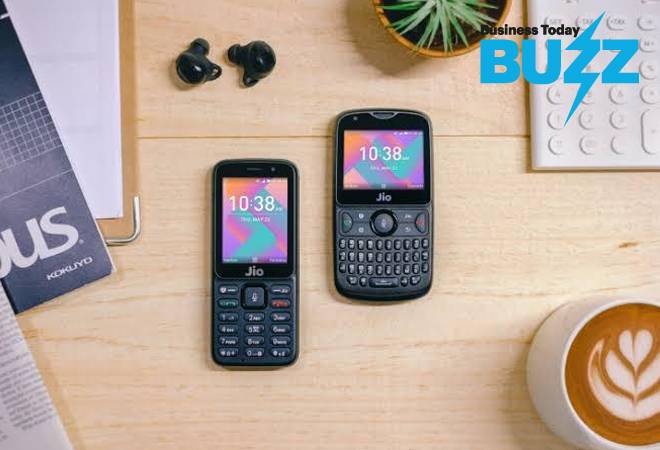 Reliance Jio, the big boy in telecom is preparing for the next disruption. Chairman Mukesh Ambani recently detailed the telco's plans to enter a host of new areas which would expand its presence beyond pureplay mobile telephony. After its big-bang entry into the telecom and becoming the second-largest player (with 340 million subscribers) in less than three years, Jio plans to commercially launch broadband services - JIOFIBER as it is called - on September 5 to reach 20 million residences and 15 million business establishments in 1,600 towns.

In his 92-minute speech at Reliance Industries' 42nd annual general meeting, Ambani elaborated the plans to offer home broadband, IoT and enterprises services, bundled TV product, wired telephone, smart home solutions, home security, and first-day-first-show of movie releases. In many areas, Jio will be competing with a new set of players who are unlikely to match its financial strength.

"Till now, the attempt was to acquire as many subscribers as possible. Now it has realised that the subscribers' game is almost over. Incremental investments in acquiring additional wireless subs will be quite high. The focus will be to combine each and every piece in the (telecom) ecosystem," says Tarun Pathak, associate director with Counterpoint Research.

The biggest piece is wired broadband services which are under trial (at nearly half a million homes) for some time now. While Jio claims there are internal targets for this business - something on the lines of hitting 100 million mobile subs in 170 days - more details will emerge in coming months. "It is not like mobility where by putting just one tower, a whole area (over 2,500 subs) gets activated. The moment Jio enters a 1,000-house residential society; they will have to wire up houses, which is a long-haul process, before the connections are live," says a telecom expert.

Over the past year, Jio expanded its presence in the fiber-to-the-home (FTTH) business through acquisitions of large MSOs (multiple system operators) - Den Networks and Hathway Cable and Datacom. Hathway has over 50 per cent share in the MSO cable broadband market which has given Jio leverage to enter the already-established broadband and cable markets. Existing Hathway cable customers will get a technology upgrade, and gradually move towards Jio set-top boxes. Players like Airtel have been operating in broadband and DTH domains for a fair number of years, and have built a large base of high-value customers.

Move Up the Value Chain

The entry into wired broadband is aimed at acquiring high-value subs. This will help it maintain balance of low-paying mobile users at one end, and broadband consumers on the other. In India, the broadband sub base is low at just 20 million (or 7 per cent of the total households) against 1161.85 million mobile subs. Despite the penetration in television being high - 66 per cent of total households - about two-thirds are connected through copper cable. This gives Jio, which has 3.25 lakh route km of optic fiber network on its own, the ability to deliver bundled high-definition TV, broadband and landline phone services at seemingly super-competitive rates.

While sources in Jio could not confirm whether the base Rs 700 pack will be standalone broadband rates or bundled for more than one service - TV, broadband and landline phone services, experts say that Jio could be disruptive again with the pricing of JIOFIBER plans.

Without much clarity on JIOFIBER plans right now, the competitors and market observers are watching this space eagerly.

Margins in broadband are better because ARPUs are strong. Typically, the average monthly consumer spend on broadband is Rs 800 versus Rs 71.4 for mobile services. Broadband and DTH business are stable too as consumers are willing to make long-term commitments. That's why Jio is willing to invest in high-value consumers by giving them free LED televisions and set-top boxes under a JIO-FOREVER plan.

The bundling of television, fixed-line and home broadband through a single tariff plan is a fairly common in the US, UK and Germany. These packs are sold at fairly discounted prices compared to individual services.

An ICRA report had said that wireline broadband can be the next growth driver with the potential to subsume television and DTH (direct-to-home) services, also providing diversification from mobile services revenues for telcos. "The wireline broadband base can increase to 100 million households by 2023/24, and revenue generation from these segments could expand to Rs 80,000 crore against Rs 14,500 crore now," the note said.

In his speech, Ambani also mentioned about targeting a new set of customers - large enterprises, SMEs (small and medium enterprises), and start-ups - with a bouquet of services. "JIOFIBER enables a powerful combination of fixed-line connectivity and cloud applications leapfrogging them from no technology to having a complete line-up of cutting-edge, plug-and-play technology-enabled tools," Ambani said in the context of SMEs.

Despite telcos like Vodafone Idea, Airtel and Tata Teleservices having presence in the enterprise segment; they are not making significant investments since they are more focused on the consumer business. That could change with Jio's entry. For instance, a bundle of connectivity, productivity and automation tools that today costs SMEs about Rs 20,000 per month. Jio will offer these tools along with connectivity for Rs 1,500 per month.

Jio sources confirm that there's a pent-up demand for enterprises solutions in smaller towns. "In Varanasi, enterprises don't have options. They have 2-Mbps fixed line from BSNL but the need is 100 Mbps. Telcos are selling them dongles because neither Airtel nor Jio has broadband connectivity there," says a Jio source. Gradually, Jio believes that its services would reach enterprises in places like Varanasi, and offer solutions at rates which are one-tenth of global prices.

But connectivity is just one part. Jio is also talking about NBIoT (narrow-band internet of things) and cloud solutions. It has tied up with Microsoft to set up a network of datacenters across India wherein Microsoft will bring its Azure cloud platform into Jio's datacenters.

"Our enterprises solutions are for masses. We are giving a cloud-based platform of Microsoft. Suppose if a small export house has 20 computers, and they take license from Microsoft for each of them. If they don't upgrade the license regularly due to high costs, which is a common practice, they will not be aligned to the foreign customers. The moment they move to Microsoft 365, they become a cloud-based customer of Microsoft through Jio's network. Whenever there's an upgrade, they will get it. So if this SME is making a huge upfront payment for license upgrades, that requirement will be gone. Similarly, NBIoT is used in industrial process automation where we have developed some products," says a Jio source.

"The idea behind new forays is to increase the source of revenues from different segments," says Counterpoint's Pathak. In fact, as the industry move toward 5G, the returns on future 5G investments are likely to come from enterprises users because regular mobile users might not be willing to pay extra for the high-speed 5G services.

Telecom experts argue that while for the general consumers, these announcements are new but the telco has been working on many of these areas since the beginning. It was waiting for the right time to roll them out. Many of the Jio apps are developed from future point of view. JioPay, for instance, was not being aggressively marketed compared to Amazon Pay or Paytm. "Maybe the wanted to build scale first. Once you are big enough, you don't have to run for partnerships, people will come to you," says a telecom expert. After holding a tight grip on the wireless business, Jio is bringing in other elements into its telecom offerings. It's following the tried-and-tested tariff war strategy to win in these uncharted territories as well.