How different sectors will fare in Q4 of FY19 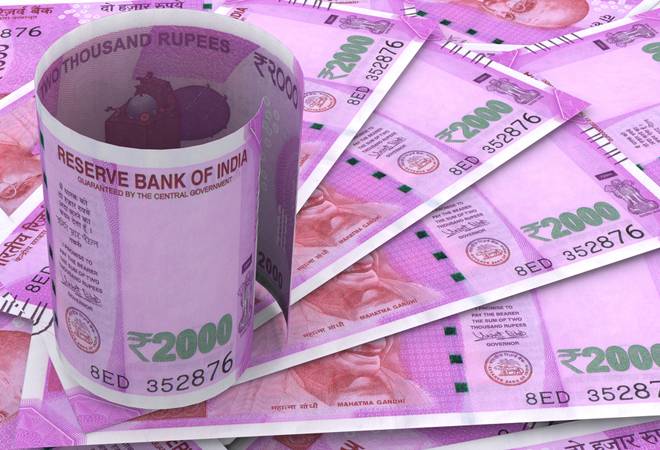 The earnings season is all set to kick off and soon companies will start reporting their numbers for the recently concluded quarter. The estimates for the financial year 2019 (FY19) by Narnolia Financial Advisors (NFAL) point towards a double-digit topline year-on-year (y-o-y) growth of 11.8 per cent and net profit growth of 6 per cent in their coverage universe, which excludes financial companies.

In FY19, sales are expected to grow by 24 per cent, earnings before interest, tax, depreciation and amortisation (EBITDA) by 15 per cent and the bottom line numbers are expected to increase by 11 per cent. Though the overall picture looks impressive, the fourth quarter (Q4) of FY19 might be a dampener for different sectors.

The automobile and auto components sector, which had a dry run in FY19, is set to disappoint in the fourth quarter, too, along with the pharmaceutical sector. While the banking sector is expected to outperform in the net interest margin (NIM) and profit growth. Here's a look at their detailed outlook. 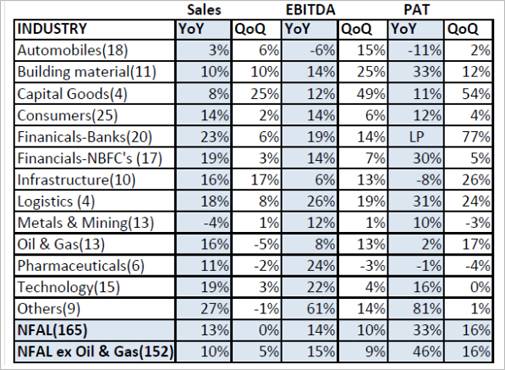 Click here to Enlarge
Financials-Banks: Banks, especially, the corporate lenders are likely to report better earnings numbers during 4Q FY19 led by reversal of NPA (non-performing assets) cycle, lower provisioning, improvement in NIMs and lower credit cost. While banks contributed only 2.5 per cent to aggregate net profits of NFAL's 165 coverage companies in Q4FY18, they now will contribute 20 per cent to the total profits. The NIM is expected to witness a 23 per cent growth on a yearly basis. The growth in advances is likely to improve for most of the lenders due to pick up in large corporate loan demands and buyout of retail portfolios from NBFCs (non-banking financial companies). The infusion of capital in the public sector banks will also help in improving the credit growth.

Financials-NBFC: The cost of funds had eased during the quarter for the NBFCs but NIM would take one more quarter to show improvement. Industry-wide aggressive securitisation of the portfolio will also result in spread compression. The hikes in rates across the portfolio are expected to support the margins going ahead. The growth has become a key issue for the NBFCs industry, due to liquidity crunch and asset-liability mismatch. The slowdown in vehicle sales and problems in the real estate segment are hurting the segment. Liability raising plan will be key to watch in 4Q FY19.

Technology: The tech sector has posted a strong growth in the last few quarters due to the rise of the digital. It is expected to deliver a 19 per cent y-o-y sales growth in the revenue, while PAT (profit after tax) is estimated to increase by 16 per cent. Appreciation of rupee against the dollar is anticipated to impact the growth by 10 to 60 basis points in Q4FY19E (fourth quarter of FY19 estimate). Margins in Q4FY19E for technology sector are expected to remain under pressure for tier 1 companies as most of them will continue to invest in localisation, higher subcontracting cost and re-skilling of the employees. Even tier II companies will be no different as a sharp decline in IP due to seasonality, change in business mix and continued investment plan, will result in flat or de-growth for most of the companies.

Oil & Gas: The volumes of oil marketing companies (OMC) are expected to remain subdued due to low demand in January and February. Margins of OMCs are expected to improve sequentially led by the bounce back in the Singapore refining margin (benchmark) and better distillate yields.

Automobiles: Industry volume growth remained at 5 per cent y-o-y this quarter due to liquidity issue and weaker consumer sentiments led by increased ownership cost. The realisation is also expected to be flat on a sequential basis because of increased inventory levels leading to higher discounts. EBITDA margin will contract as there will be weaker operating leverage, though some of the contraction will be arrested on account of the reduction in raw material prices.

Infrastructure: Infrastructure companies are expected to report 16 per cent y-o-y sales growth, though net profits should remain under pressure. The un-executable order book is still higher due to muted land acquisition progress.

Capital goods: Revenue of capital goods companies is expected to increase by 13 per cent y-o-y. The government continues to drive the capex while private sector participation is still muted. PAT growth is expected to be at around 12 per cent on the back of healthy revenue growth.

Pharmaceuticals: The NFAL's pharma sphere may witness a small growth in sales in this quarter, while the PAT might witness a 1 per cent de-growth on a y-o-y basis due to the pricing pressures in the last couple of years on account of high competition. "US will report decent numbers in the coming quarters and expect India business to normalise in FY19 post-disruption in FY18 due to GST implementation," says Narnolia Financial Advisors.