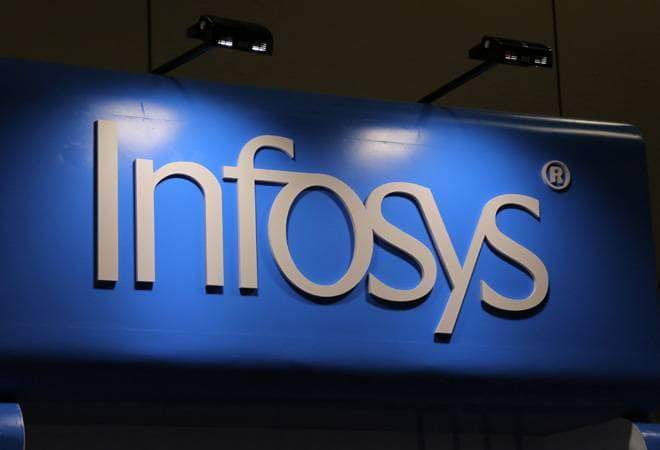 Shares of IT major Infosys fell nearly 5 per cent Monday after the company's March 2019 quarter earnings failed to cheer investors.

The scrip made a weak opening and dropped 4.56 per cent to Rs 713.70 as the trade progressed on the BSE.

The scrip was the major drag on both the key indices in early trade.

The country's second-largest software services firm said it expects its topline to grow 7.5-9.5 per cent in FY 2019-20 in constant currency terms.

Infosys expects its operating margin in FY20 to be in the range of 21-23 per cent.

Sanjeev Hota, AVP Research at Sharekhan by BNP Paribas, said Infosys has delivered mixed set of earning performance but its revenue guidance is a tad "conservative".

"Deal wins remain strong and management has guided for 7.5-9.5 per cent revenues growth for FY20E (estimate), which we believe is bit conservative.

"Nevertheless, company delivered strong growth on digital revenues front. On the flip side, management has lowered the margins guidance to 21-23 per cent, which was below our expectations and also attrition inched up during the quarter," he said.

Rights issue decoded: Ignoring this isn't in your interest