As the year comes to an end on a promising note, we have commemorated the best gadgets of 2018. The year 2018 was a mixed bag. While there was a lot of negative news about data breach and privacy thefts on one end, there have been some compelling and promising advances on the hardware front. As the year comes to an end on a promising note (hopefully technologies such as 5G, foldable phones and more in store for next year), we have commemorated the best gadgets of 2018. When it comes to smartphones, the competition was cut-throat. We not only reviewed some of the best flagship devices but there were many entry-level and mid-segment devices contending for the throne. The Google Pixel 3XL faced tough competition from Apple iPhone XS Max and Samsung Galaxy Note 9 but the simple UI along with great performance and superb camera gave Pixel 3XL a slight edge above others. Xiaomi was the undisputed winner in sub Rs 20,000 price category with its Redmi 6Pro, A2 and Redmi 6 devices. The surprise launch of the year was the Pocco F1 - powered by Qualcomm Snapdragon 845 processor - with a starting price point of Rs 21,999. OnePlus 6 and 6t were equally compelling contenders in the mid-premium range. Interestingly, Nokia, Honor and Asus had also put forward their best. Out of the plenty of smartwatches and fitness bands launched this year, there was a close competition between Apple Watch Series 4 and recently launched Samsung Galaxy Watch. Both the smartwatches had their own plus and minus points. Where the former continued with the same design with a slightly bigger display, we loved the ease of navigation using the rotating bezel on Galaxy Watch. Both the watches keep a track of your physical activity and can measure heart rate too. They even motivate to do some quick activity after a long period of inactivity. But it was the addition of fall detection and ECG capability that makes the Apple Watch Series 4 a clear winner. The fall-detection feature identifies a hard fall and sends SOS alert in case there isn't any moment for time. What's even more interesting is the capability of taking ECG in just 30 seconds. Released recently in the US market only (ECG app on Apple Watch requires certification in every country) it has helped many diagnose heart conditions that can lead to health-failure or other health issues. There has been a huge gap between the smart TVs from premium brands such as LG, Samsung, Sony and Panasonic and other brands such as VU, Sanyo, TCL and more. Earlier this year, when Xiaomi launched its 55inch smart TV in India, it left us awestruck. It had a premium look and feel that was complemented with bright display panel along and content first approach that made it a complete package. Xiaomi has used a sleek 4.9mm thin Samsung panel for this TV. The company had developed a PatchWall UI with content first approach and tied up with some major Indian content players too. This was further topped up the aggressive launch price of Rs 39,999. 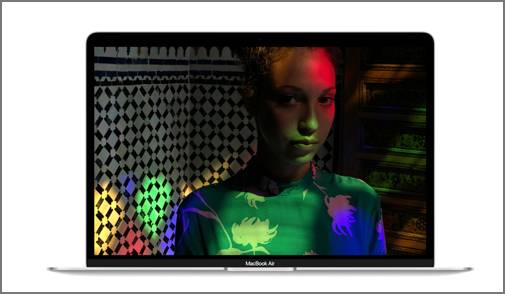 Out of the numerous laptop launches, the new MacBook Air, due to its great looks and performance, wins laptop of the year title. The unibody shell is made from a single block of 100 per cent recycled aluminium, and it sports a look and feel on par with the iconic MacBook Pro. It houses a sharp and vibrant 13.3-inch Retina Display with 2,560x1,600p resolution with improved viewing angles and a backlit keyboard with TouchID sensor. The machine is powered by 1.6 GHz dual-core, eighth-generation Intel i5 processor, which is fast and energy efficient and has 8 GB of RAM, 128 GB SSD, and the latest macOS Mojave, specially designed for the Mac range. The T2 security chip encrypts data and ensures secure booting. It comes with a 30W wall-charger, bundled in a box; the charger juiced up the Air's battery in a couple of hours and lasted over eight hours-a full day's work. 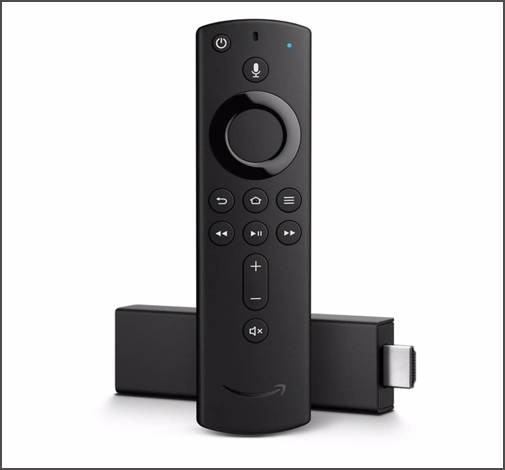 Just recently, both Amazon and Google refreshed their media streaming dongles. And both-Amazon Fire TV Stick 4k with Alexa and Chromecast 2018-are good at streaming content. With access to a plenty of applications for streaming content, including Netflix, these can be plugged into a non-Smart TV too. But Amazon Fire TV Stick with 4k has an edge. Unlike Chromecast, it is accompanied with a remote that helps in quick setup, navigating and controlling the dongle. Fire TV Stick supported voice search but the new remote with Alexa support is even better for searching content. It can be even used to control smart home appliances (Alexa compatible) with a voice command. Wireless security camera category has gained a lot of momentum of late. And it makes sense too. Instead of installing CCTV cameras that require a huge setup, wireless security cameras are easy to install and provide access to live footage without costing a bomb. Xiaomi's Mi Security Camera 360 degree was one perfect wireless security camera launched in India this year. It was easy to mount and setup using the Mi Home app. Using a dual motorhead, the circular top swiveled 360 degree horizontally, and the camera moves 96 degree vertically, capturing a 360-degree view. The feed captured at 1080p resolution was clear and accessible on the Mi Home app. The camera had infrared night vision mode, too, that gets activated automatically and captures a clear black-and-white feed even in pitch dark.

The alarming level of air pollution in some of the metros across the country saw a sudden influx in domestic air purifiers. Available at a starting price of Rs 2,500 and going up to a lakh, we reviewed a lot of air purifiers this year. While the Xiaomi Air Purifier 2s was one of the best in its price category, UK-based Dyson's Pure Cool was the overall winner. Pure Cool with the bladeless fan design looks stylish. It was detected particles, gases and even odours present in the air with the help of the laser sensors under the thin cut-outs on the body. The impure air sucked from the circular base was passed through 360-degree glass HEPA and carbon filters and the clean air was pushed out at a high velocity using the bladeless fan at the top (it is known as Air Multiplier technology). The 360-degree fully-sealed filter system combines an activated carbon filter to remove gases, and a Glass HEPA filter captures 99.95 per cent of microscopic allergens and pollutants as small as 0.1 microns, including allergens, bacteria, pollen and mould. An increasing number of gadgets launched today are smart home compliant with support for either Amazon Alexa, Google Home, or both. The list includes smart LED bulbs, smart TVs, air purifiers, security cameras to name a few. The Yeelight LED lightstrip is a mood lighting housing 48 multi-coloured LEDs and support for 16 million colours. The built-quality is superb and it comes with an extension cord. Paired instantly with the Yeelight app, it is compatible with Google Home and Amazon Alexa, it changed colours as well as the brightness levels with voice command. With the number of videos being shot and shared, action camera category has picked up a lot of momentum in India as well. Of the international and local action cameras available, the recently launched GoPro Hero 7 Black is simply stunning. It features gimbal-like stabilisation without motorised gimbal. The technology works underwater and in high-shock and wind situations too. It can be used to live stream videos on Facebook, Twitch, YouTube, Vimeo and other platforms internationally. Other features included super-photo for intelligent scene analysation to get professional-looking photos via automatically applied HDR, local tone mapping and multi-frame noise reduction, and more. The camera features a 2-inch touch display and supports auto transfer to phone via GoPro app. There have been many new launches in the audio equipment space, but it was the FIIL wireless over-the-ear headphones that contested against the bigwigs Bose, Sennheiser, 1-More and more. This one was a bulky looking headphone made from aluminium alloy covered with leather foam ear pads but was comfortable to wear for longer durations. The ear cups had 40-mm driver. While wireless headphones with active noise cancellation are a cool thing, many of them compromise on actual sound quality; but not FIIL's over-the-ear wireless headphones. It successfully managed to cut ambient noise without compromising on the sound quality. Even when tested with different genres of music, it was quite impressive on all soundtracks. It rendered deep, powerful bass without any distortion. The vocals were clear and authentic; the treble was perfect, unmarred by artificial amplification.