Last week, Ambani told a London court that he has no meaningful assets to liquidate, after he was ordered to set aside $100 million in his dispute with three Chinese banks 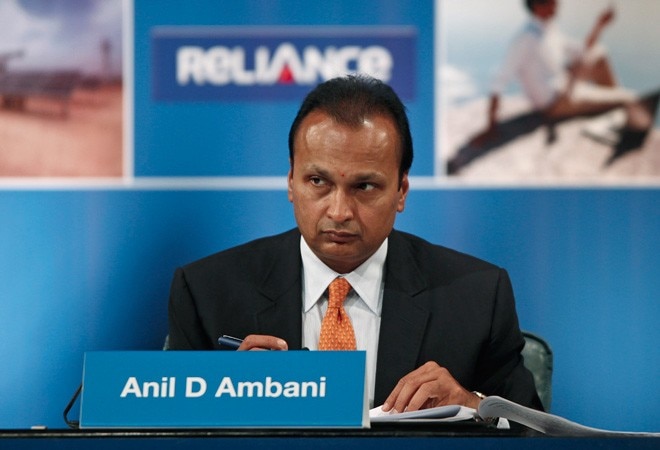 Anil Ambani's claims that his net worth is zero, and the exit of his sons from the Reliance Infrastructure board have been deciphered as signs of crisis in the Reliance Group companies and it hurts the confidence of the employees, said internal sources. The employees of Anil Ambani's Reliance Group companies - which include Reliance Infrastructure, Reliance Power and Reliance Capital - are jittery about the financial position of the group companies and their career possibilities in the group. According to internal sources, the employees have been frantically searching for jobs for a long time, though they have not been asked to leave.

Last week, Ambani told a London court that he has no meaningful assets to liquidate, after he was ordered to set aside $100 million in his dispute with three Chinese banks. Ambani informed the court that his value of investments has collapsed. "My net worth is zero after taking into account my liabilities. In summary, I do not hold any meaningful assets which can be liquidated for the purposes of these proceedings," he said in the plea.

An employee with Reliance Capital said, "The news of Anil Ambani's financial health is spreading fear among the employees. Though most of us are getting the salaries, we know that the business condition and cash position of the company are deteriorating." The resignation of Anil Ambani's sons - Jai Anmol Ambani and Jai Anshul Ambani - from the Reliance Infrastructure board within six months of their appointment has also increased the worries of the employees. The company has not given any reason for their exit from the board of directors.

According to the Reliance Group website, they are one of the largest employers in the country with a young, highly-trained and motivated workforce, with an average age of 35 years. As on March 31, 2019, Reliance Infrastructure had nearly 6,000 employees on roll. The total number of employees on rolls in Reliance Capital was 20,341. Reliance Power had 8,809 employees, including 1,614 permanent employees, in March 2019.

However, a human resources department executive with one of the large infrastructure companies said that they are getting quite a lot of job applications from the employees of Reliance Infrastructure and Reliance Power. "Unfortunately, we are not in a hiring mode, because of the stagnancy in the infrastructure business," he said.

The market value of Reliance Capital stood at just Rs 186 crore as on February 13. Reliance Infra is valued at Rs 548 crore, while Reliance Power at Rs 502 crore. Two other group companies - Reliance Communications and Reliance Naval and Engineering - have filed for bankruptcy. Reliance Home Finance and Reliance Commercial Finance are working with lenders to finalise a resolution plan.

Edelweiss: Not under investigation in Capstone case

Vodafone Idea's fight for survival continues for the sixth quarter